William Orpen’s Godfather gives him a Bible for his 7th birthday.

Can you imagine the look on seven year William Orpen’s face as he unwrapped a birthday present from his Godfather only to discover it’s a Bible? Then again, maybe there was a half Sovereign coin enclosed! 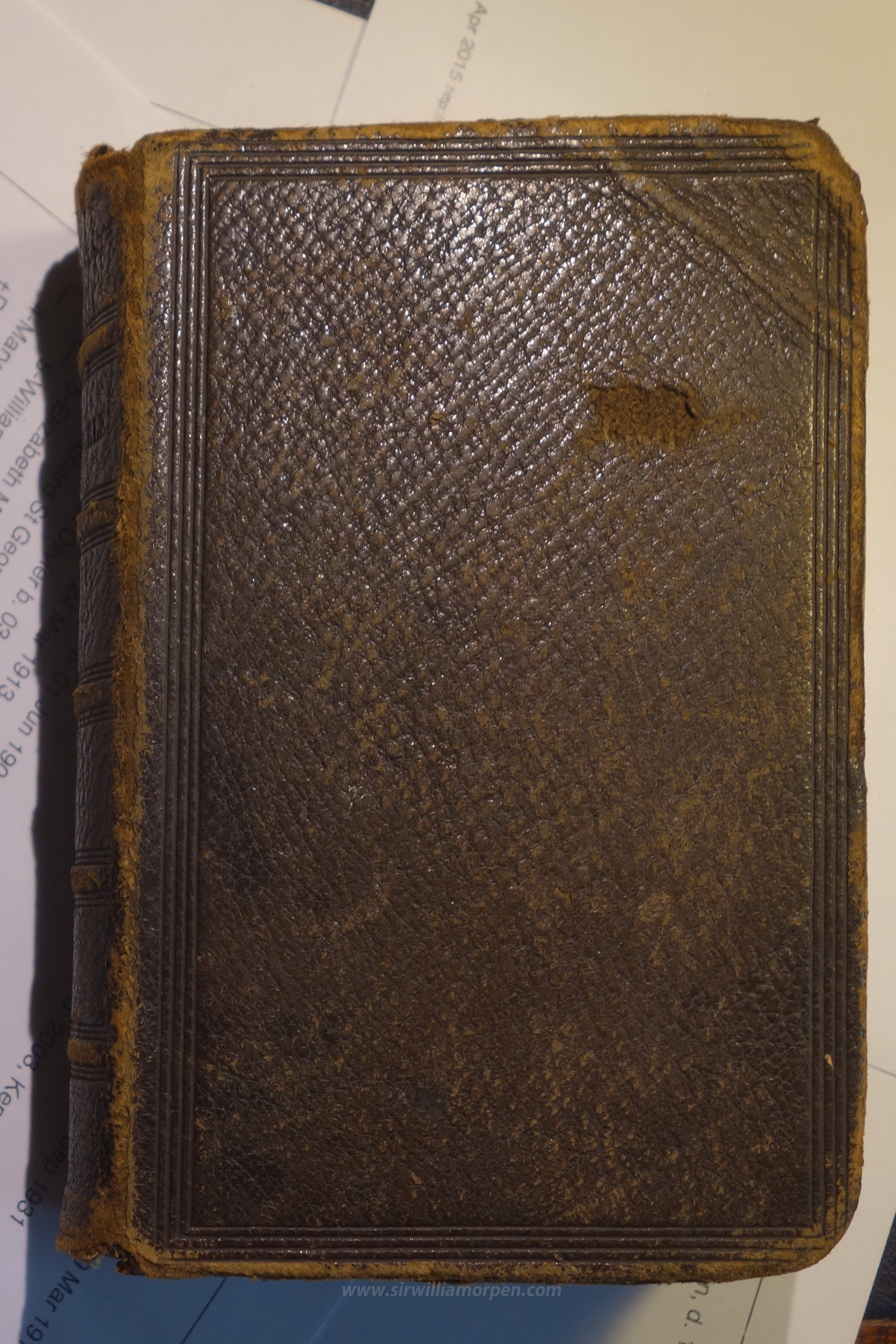 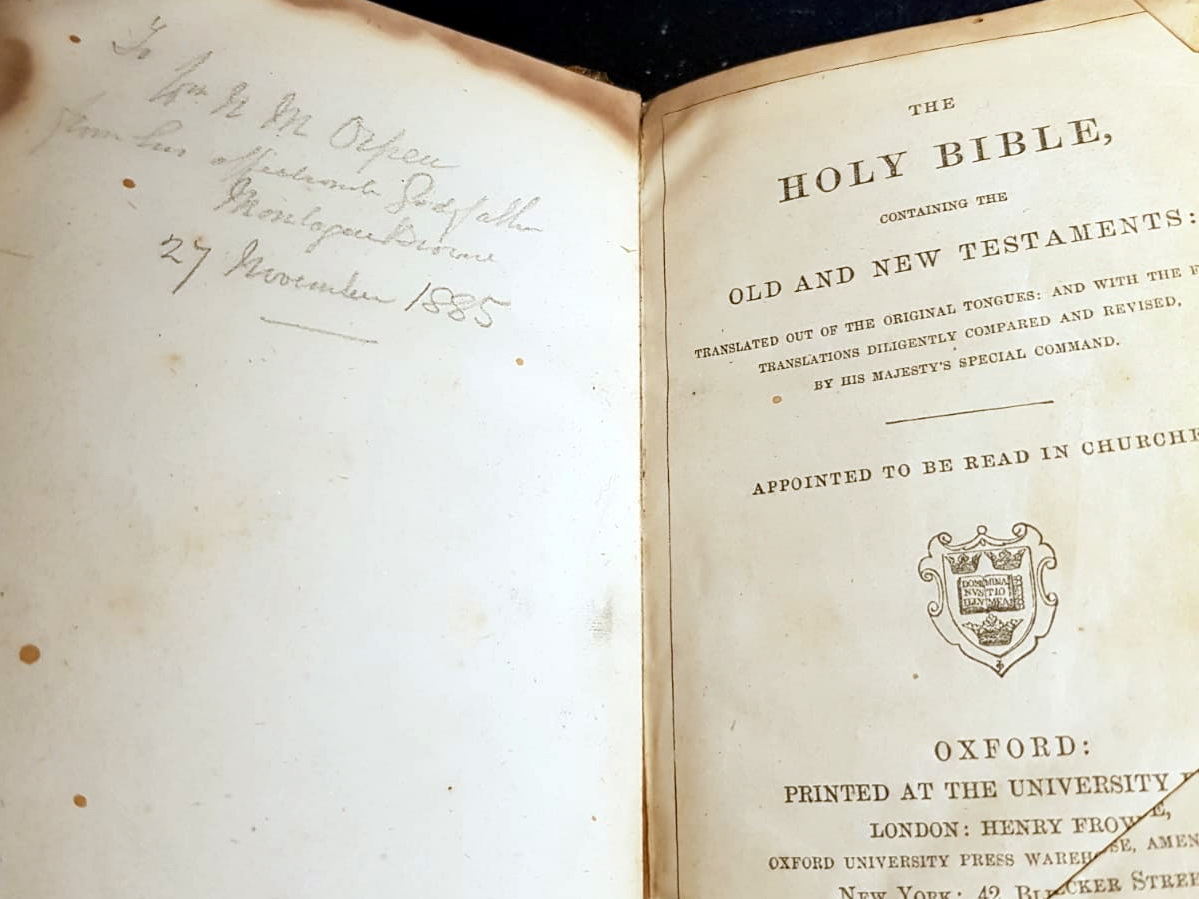 The Bible is full of hand written notes about ‘Today’s Lesson’ so clearly Orpen was attending Sunday Bible classes at The Rectory Stillorgan (now St. Brigid’s Church, where Orpen was baptised). I’ve tried a selection of the dates and each one was a Sunday. There are also a couple of sketches which are possibly the earliest known drawings by William Orpen. 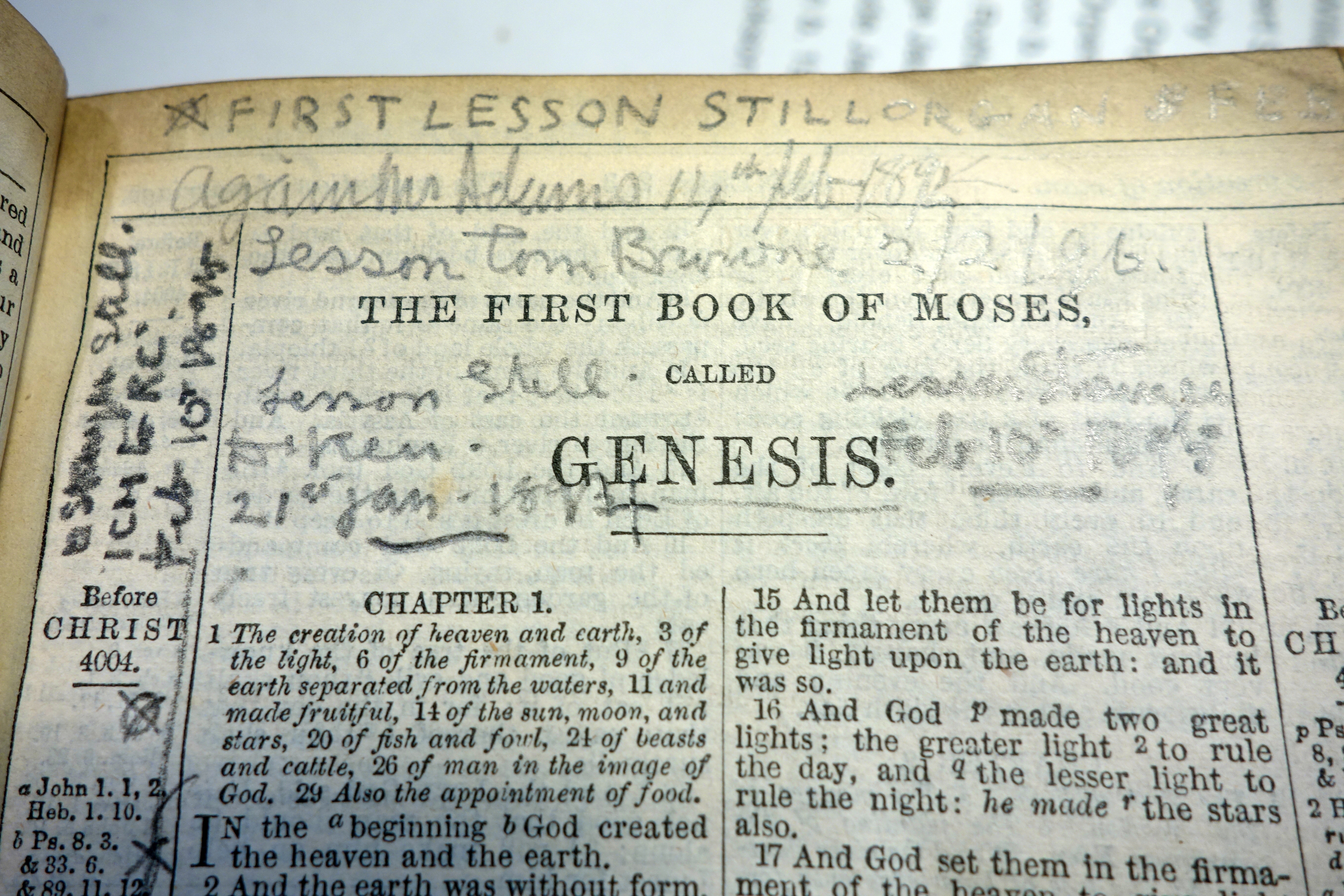 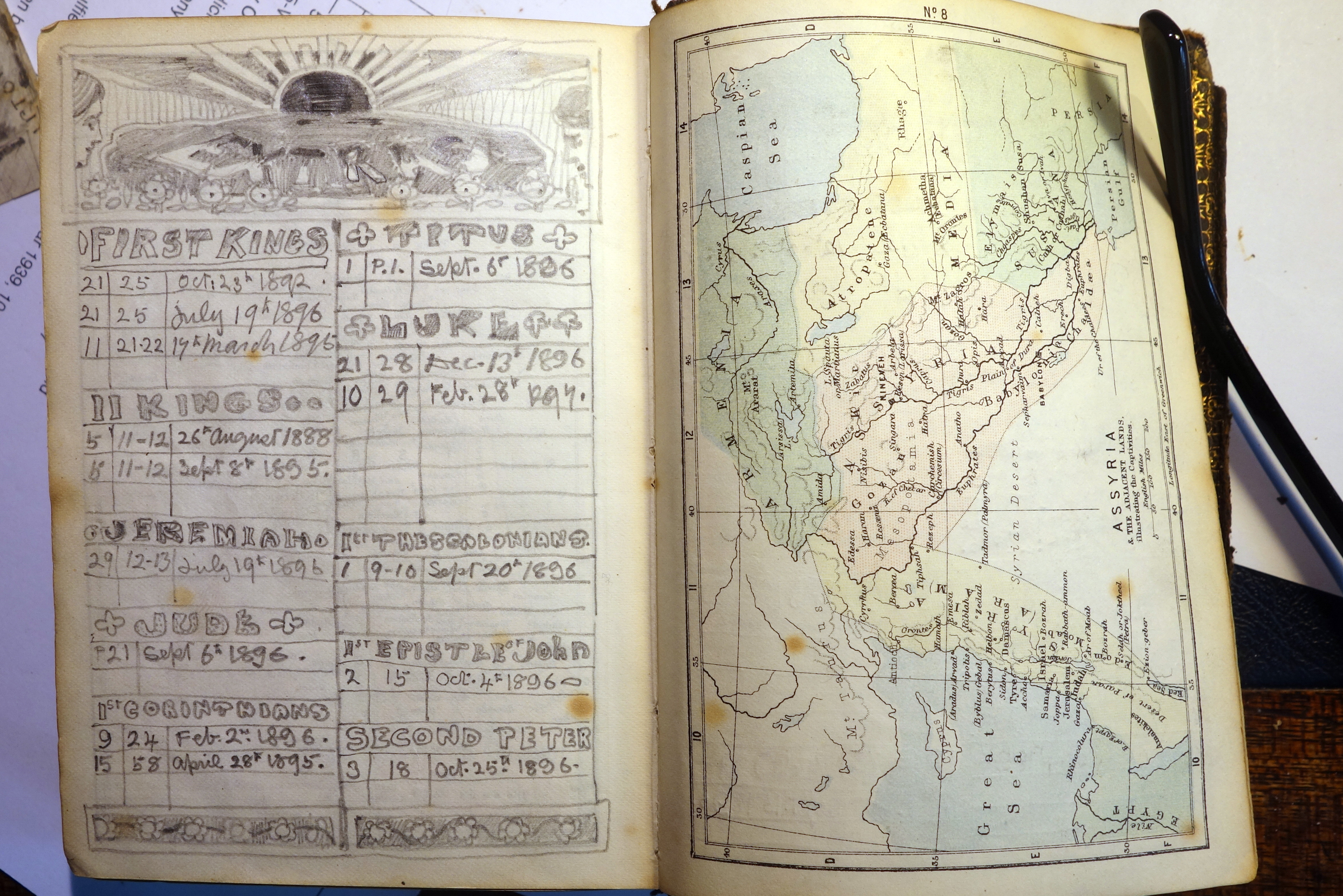 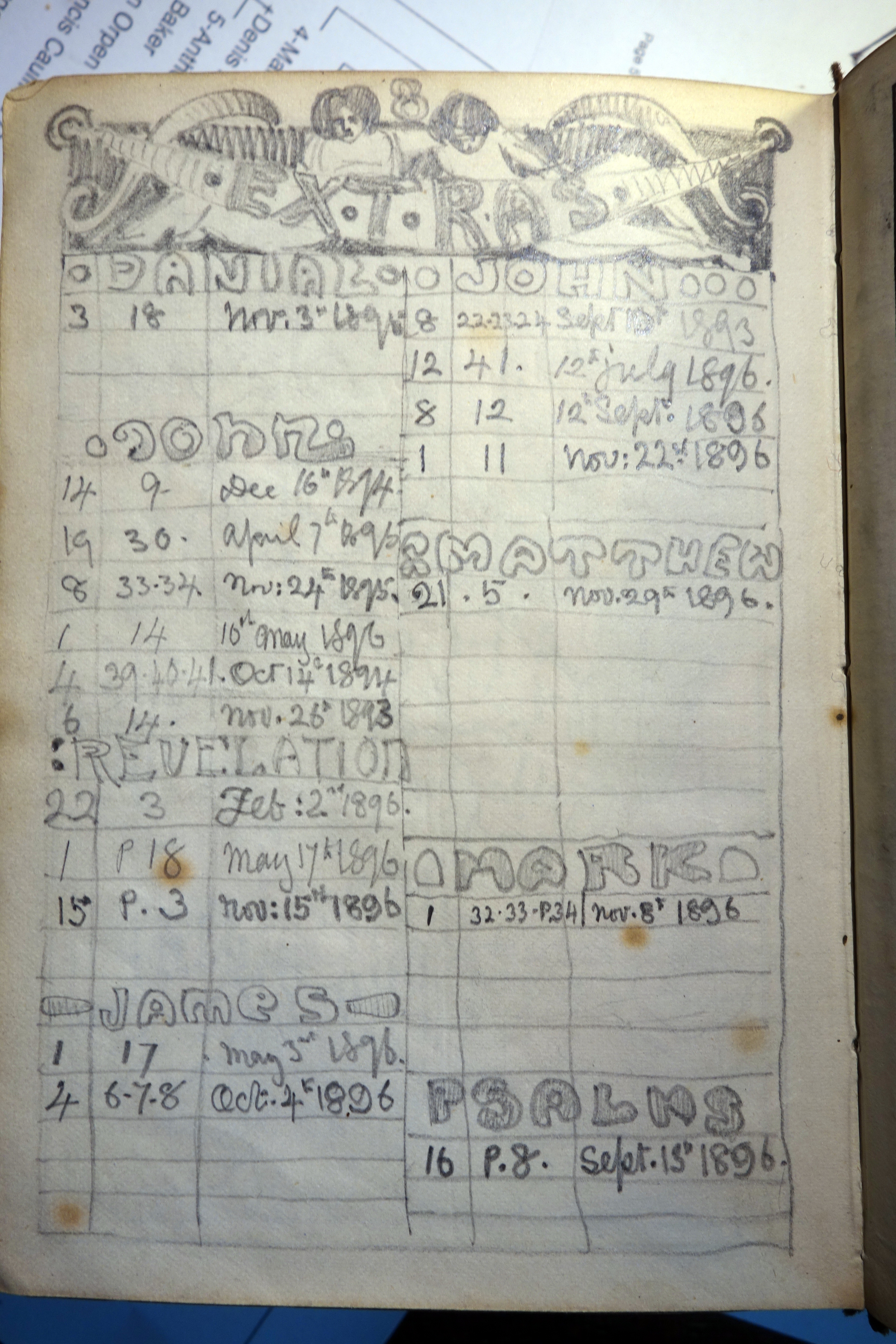 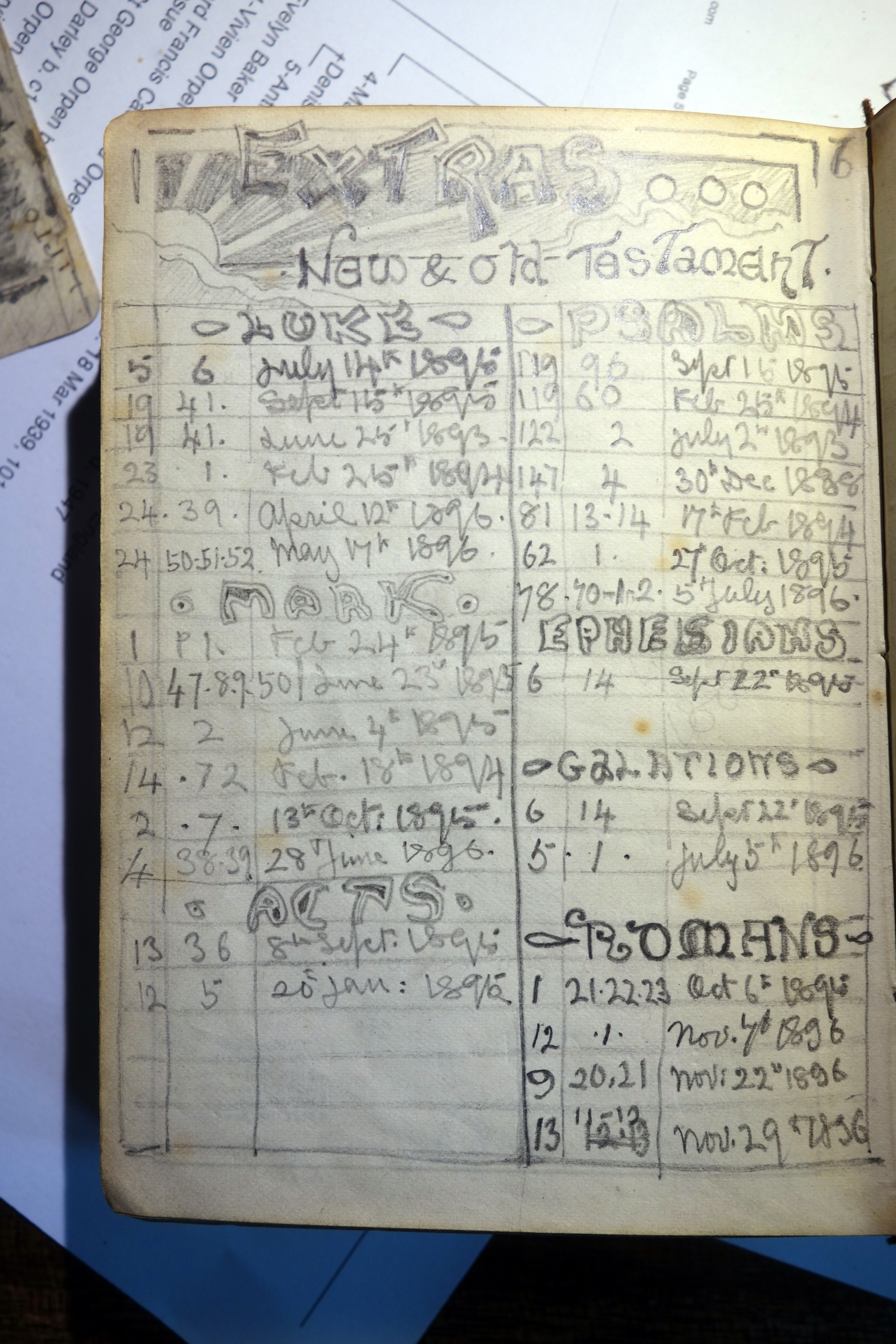 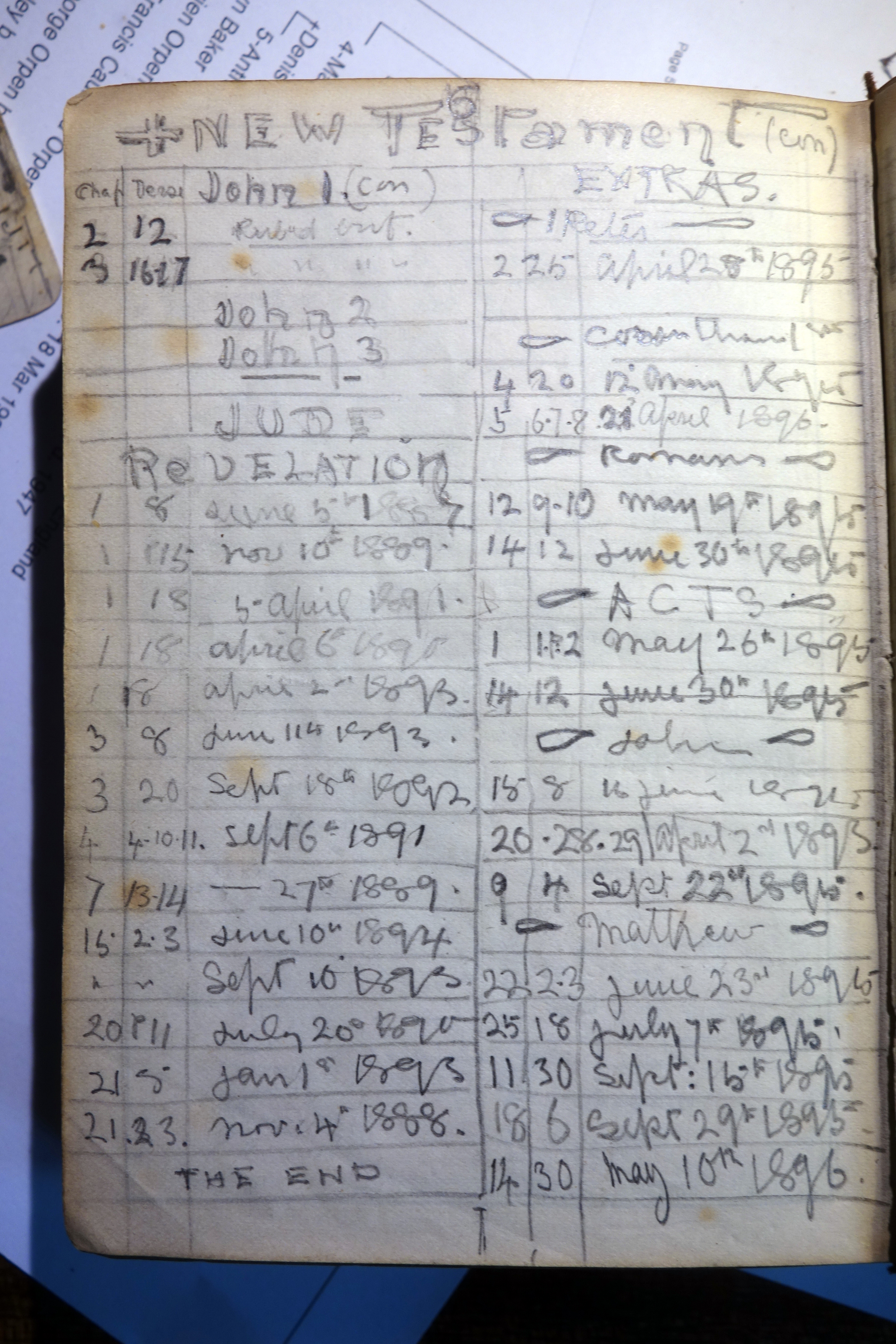 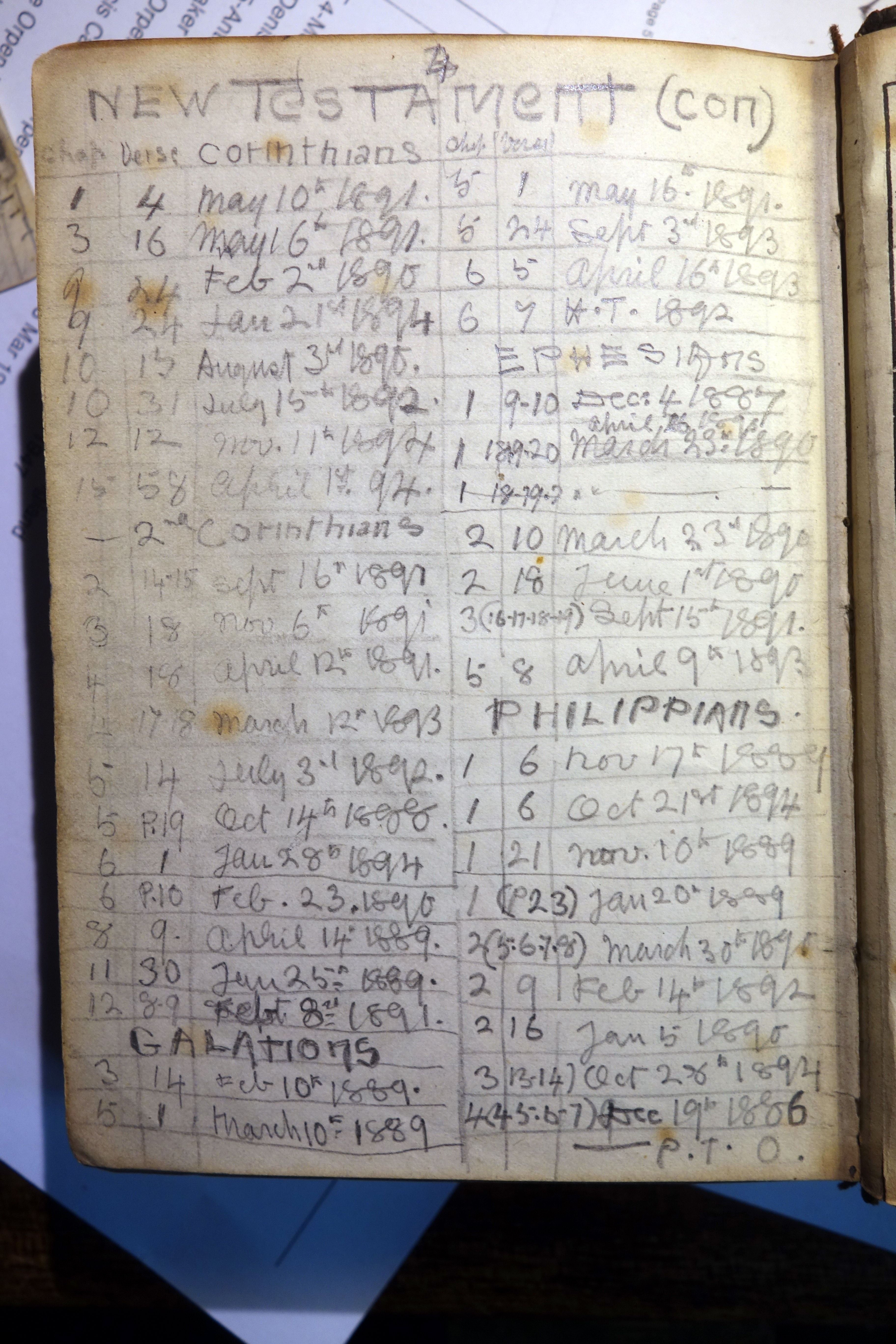 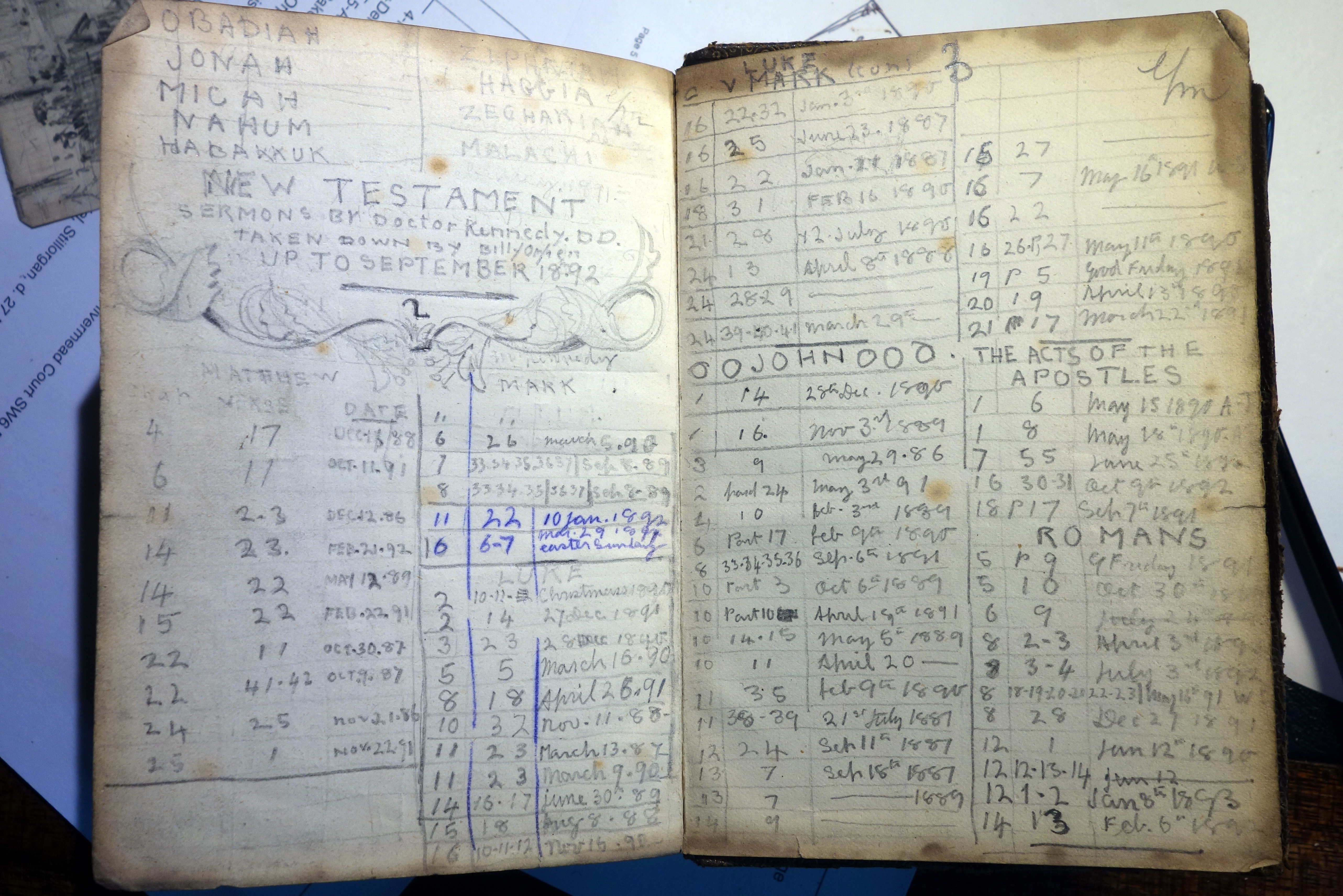 Inscribed: – Sermons by Doctor Kennedy, DD. Taken down by Billy Orpen up to September 1892. 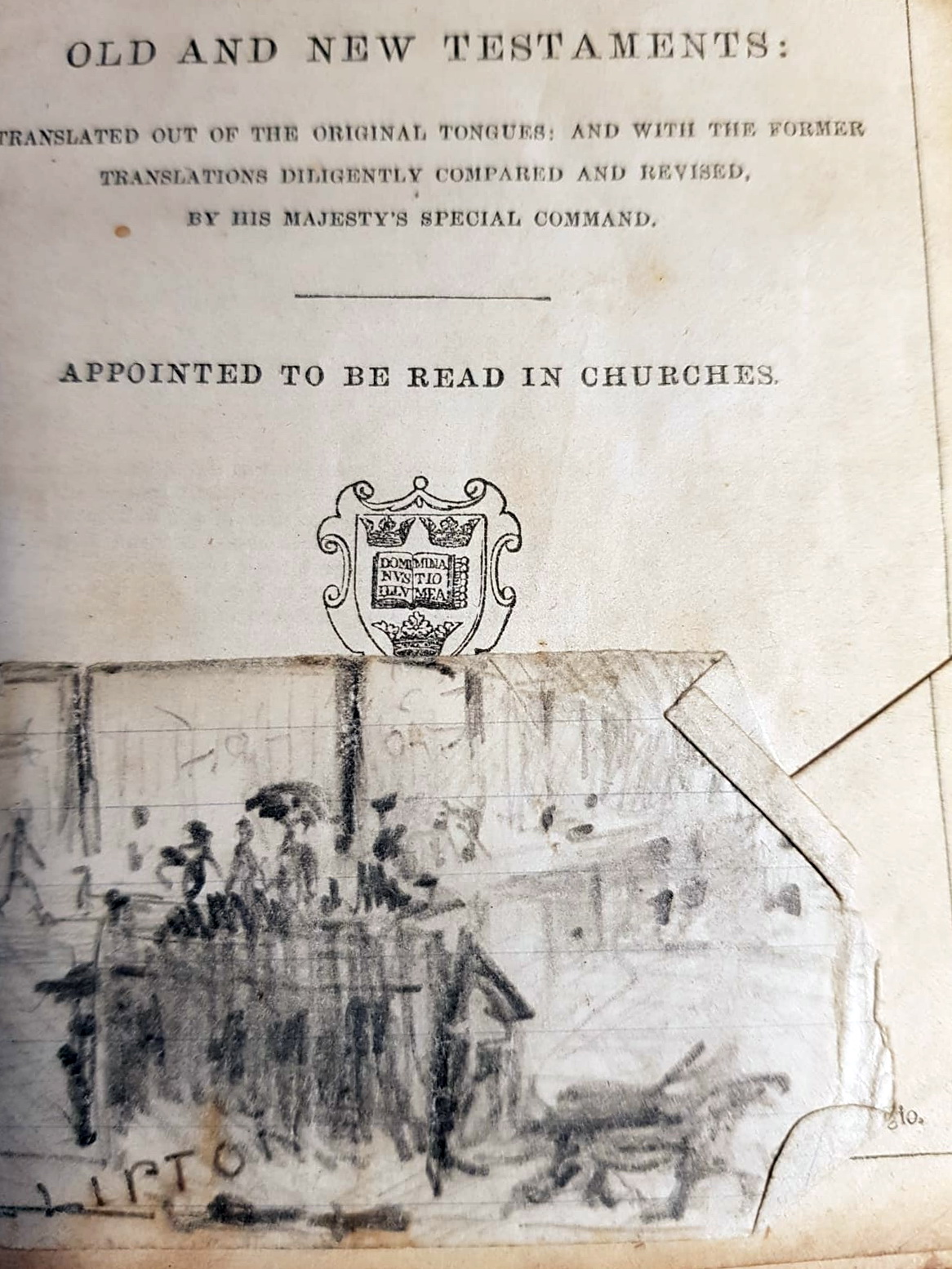 A sketch found in the Bible – looks like a horse drawn carriage with the name Lipton inscribed. See next image: – 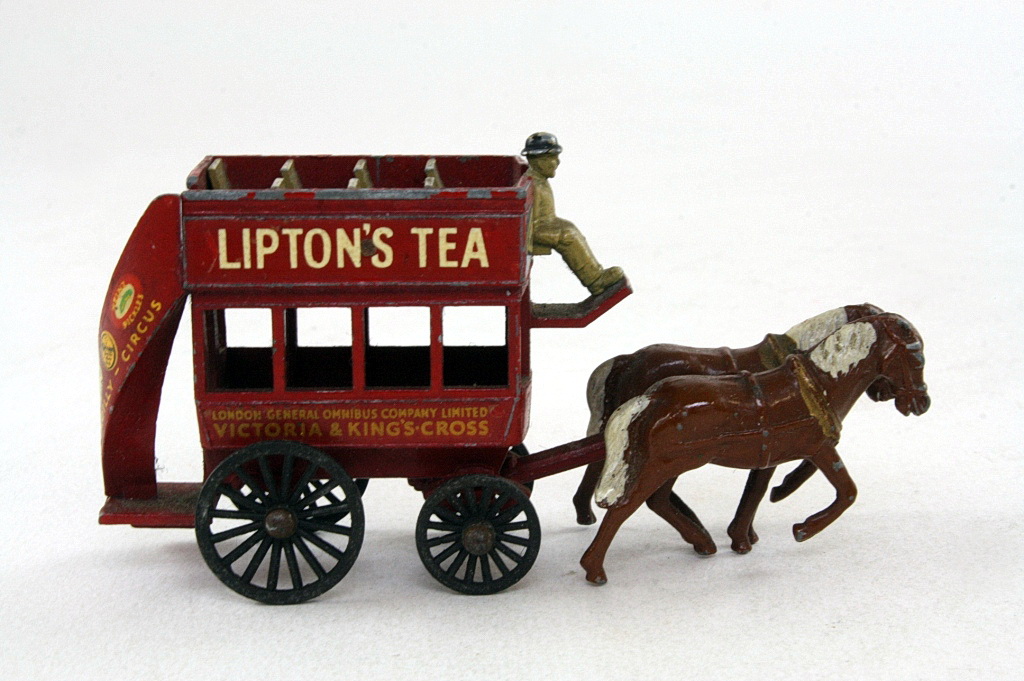 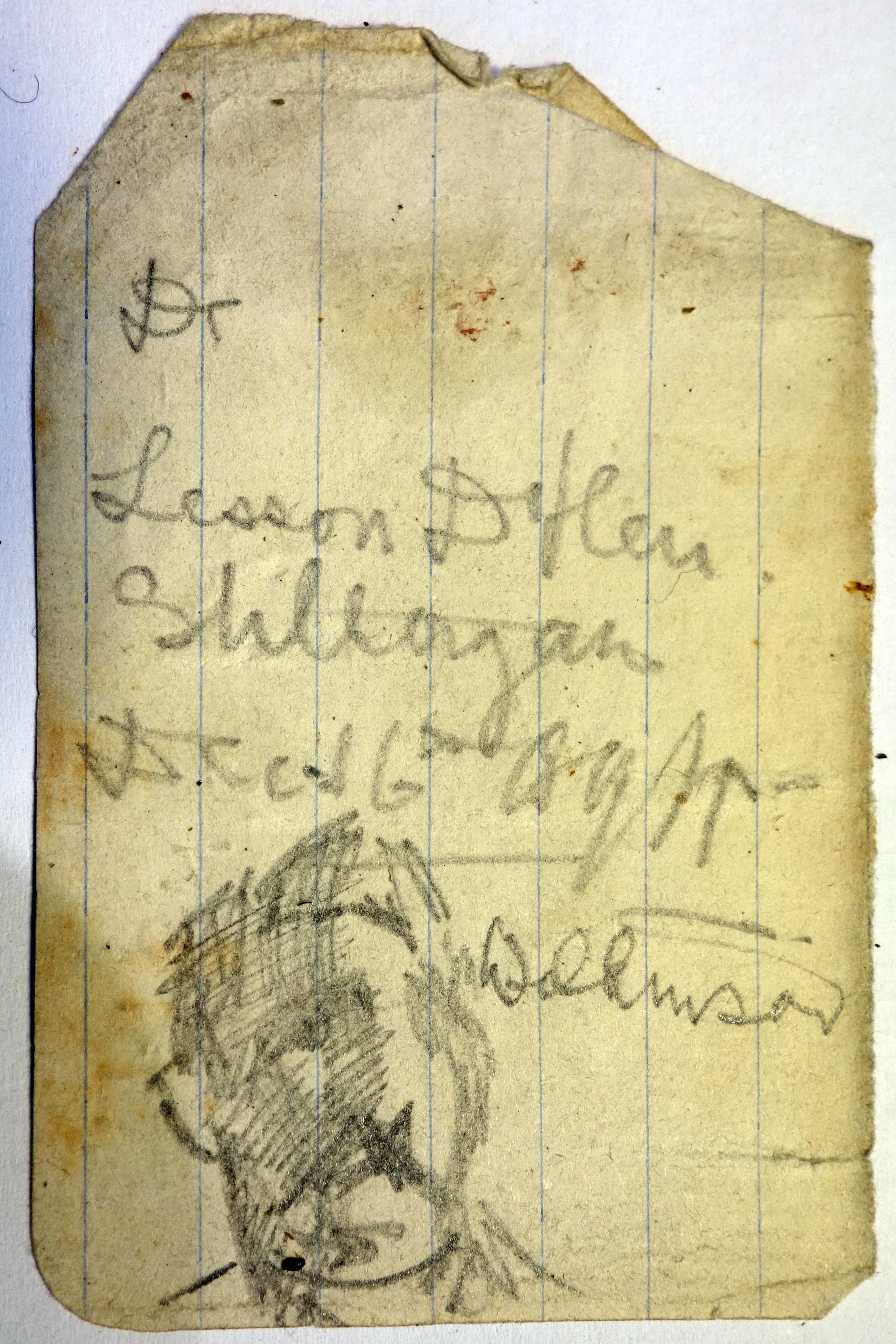 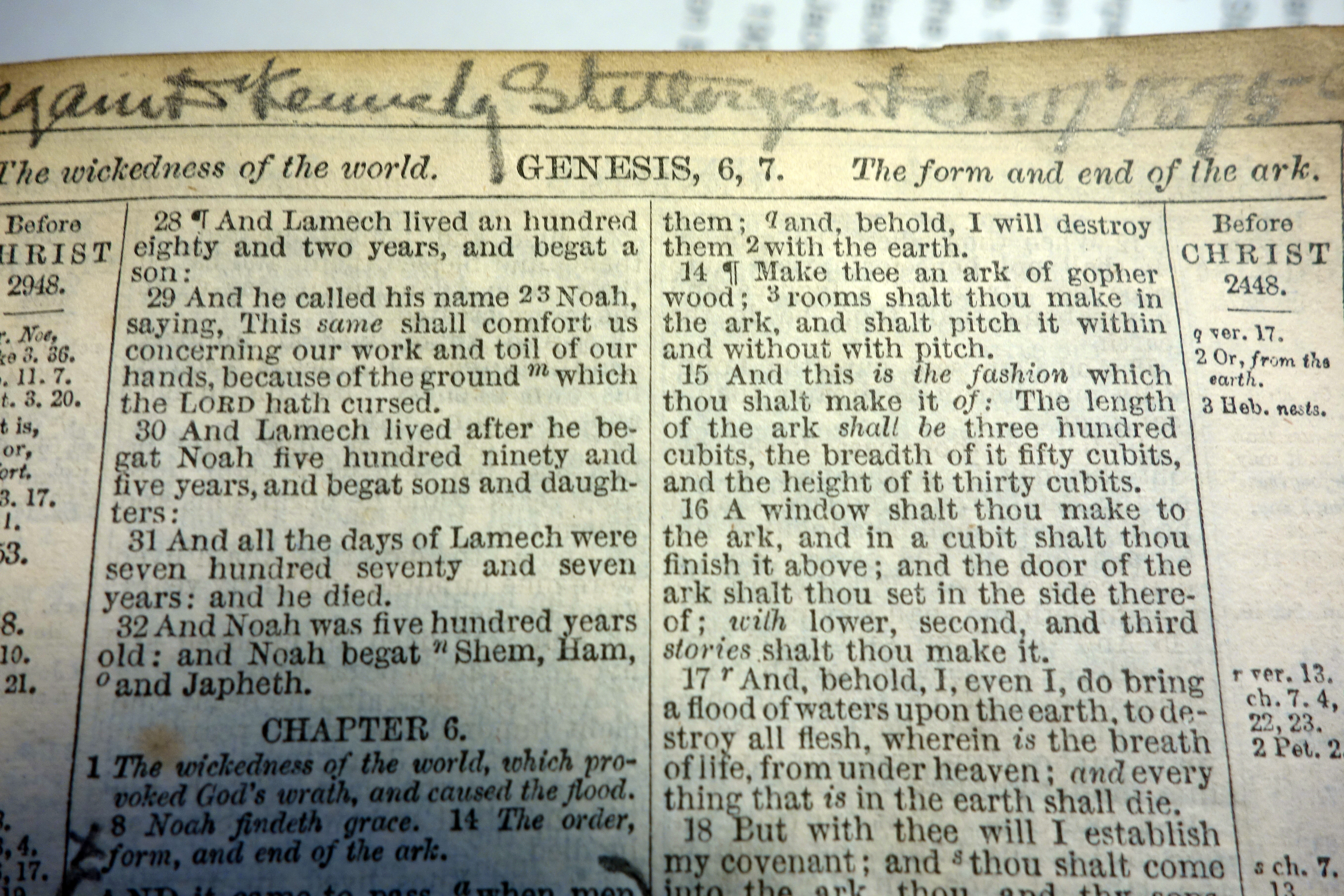 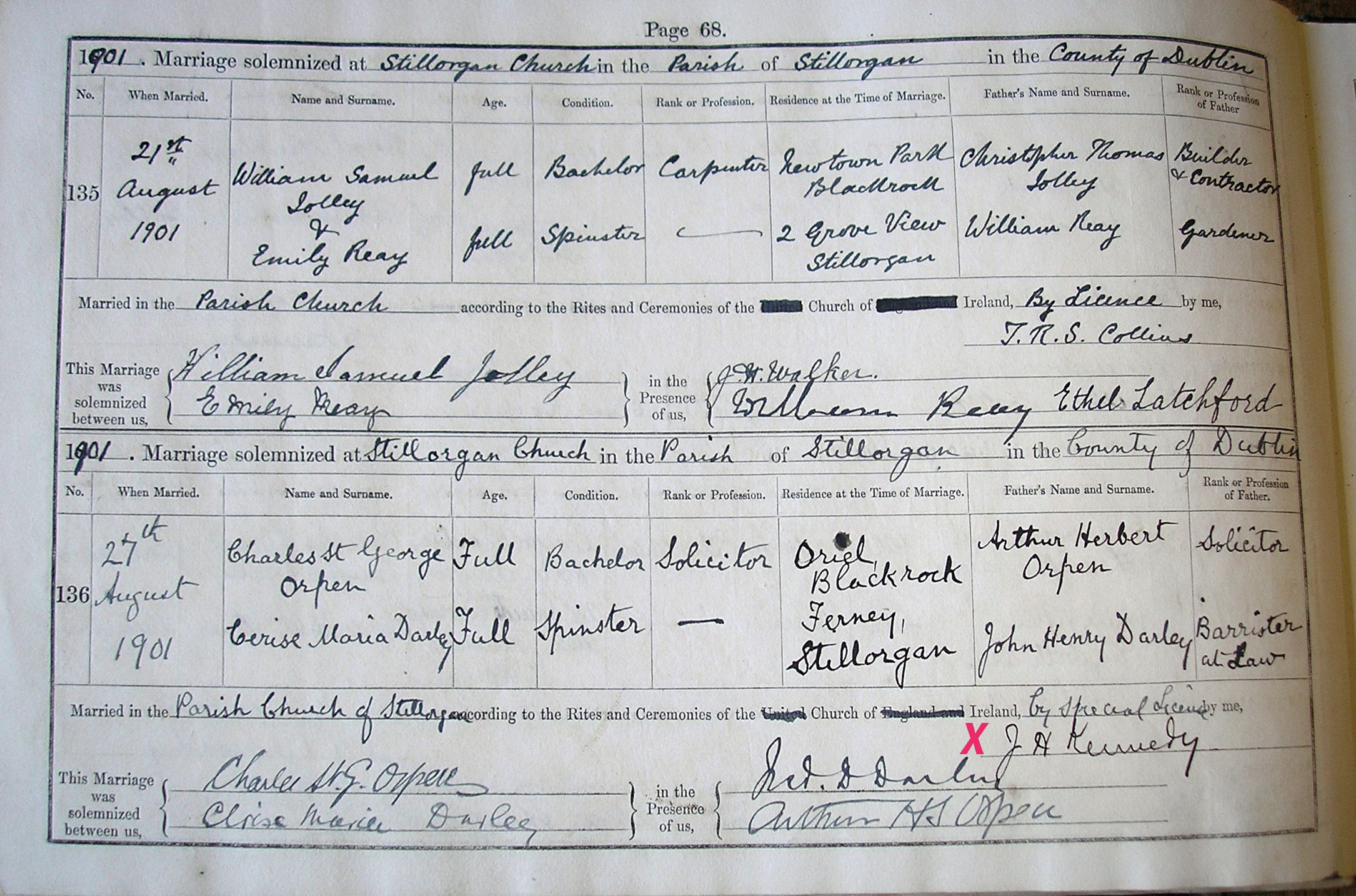 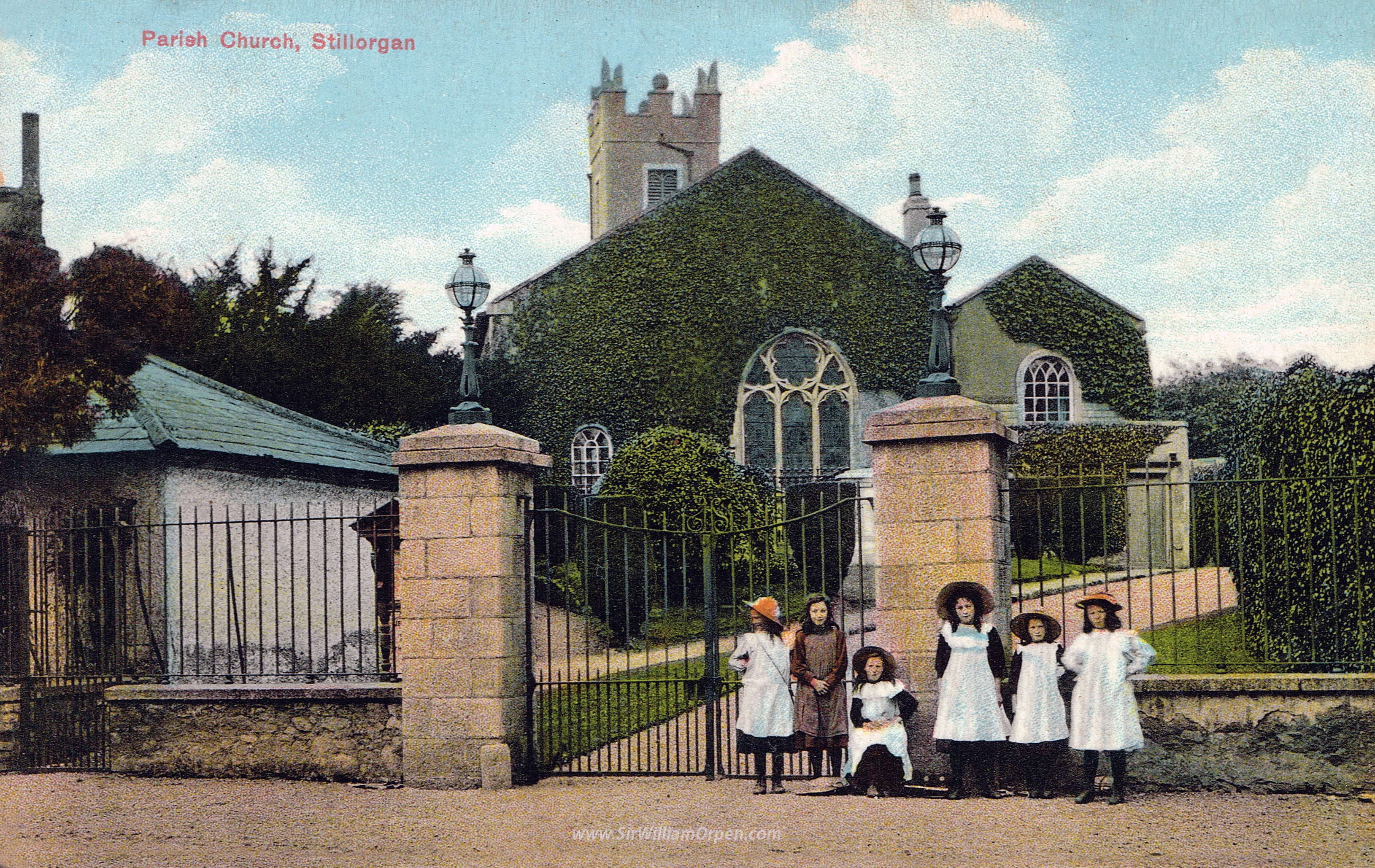 In 1859 Montague Browne marries Meta Elizabeth Stack, a 1st cousin once removed of William Orpen. She died 5 Jun 1883 at Mullaghmore, Omagh, within a few days of the death of her only son.  Montague was now a Lieutenant  Colonel and staff officer of Pensioners, Dublin. But it didn’t take him long to recover from the death of his beloved wife. Yep, he married another Stack, his first wife’s younger sister. The wedding took place in Glasgow the following year (1884).

Emily Grace Caroline died on the 28 Jul 1897 at Rockfield, Blackrock (the home of her sister who was married to Geoghegan?) https://www.youwho.ie/geoghegan.html and guess what, he marries again!

The source of the Bible: –

Albert Rutherston attended the Slade art School with William Orpen. He was born Rothenstein but changed his name during WW1 to rid himself of his German descent. Albert, William and Augustus John became good friends and were commonly known as ‘The Three Musketeers’. How he came into possession of William Orpen’s Bible is unknown.

‘The old Circus The Three Musketeers’ by William Orpen (1898).