An interesting little collection of William Orpen memorabilia coming up at Chiswick Auctions, London.
May 30, 2019. All in Lot 26. 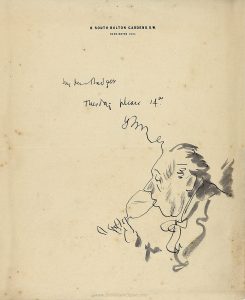 A letter to Walter James Badger, Chief Inspector of the Pullman Car Co. Ltd, with a self portrait sketch of Orpen drinking from a glass, on headed note paper from 8 South Bolton Gardens (Orpen’s home and studio). 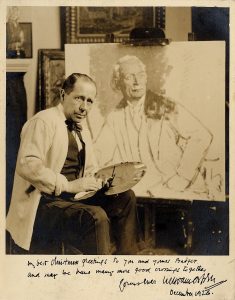 An original Photogravure signed photograph of the artist at his easel while painting David Lloyd George, wishing Christmas greetings, signed and dated 1926. 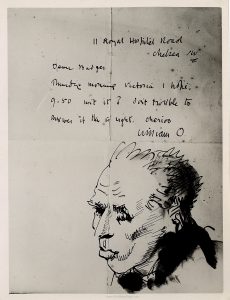 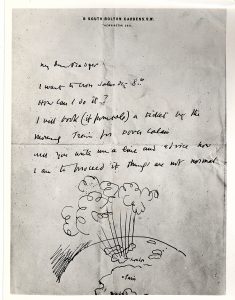 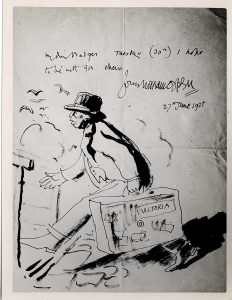 Three photographs of letters by William Orpen. One from 11 Royal Hospital Road, Chelsea. One from 8 South Bolton Gardens, Chelsea and of him heading to Victoria Station. 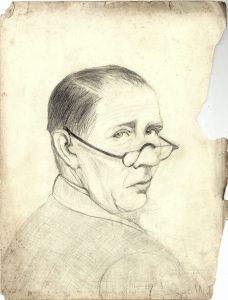 A portrait sketch of William Orpen which appears to be by Walter James Badger.

And finally an unrelated letter written from Garavan Menton which is in Provence-Alpes-Côte d’Azur, France dated 1936 and an autograph by the painter Alfred Munnings (1878 – 1959). 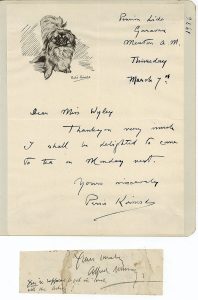 An article mainly about Alfred Munnings, with a brief mention of William Orpen.
https://www.apollo-magazine.com/alfred-munnings-war-artist-review/