Two paintings by Sir William Orpen are among the sale from the collection of Barney Eastwood (1932 – 2020) the Irish boxing promoter and bookmaker. 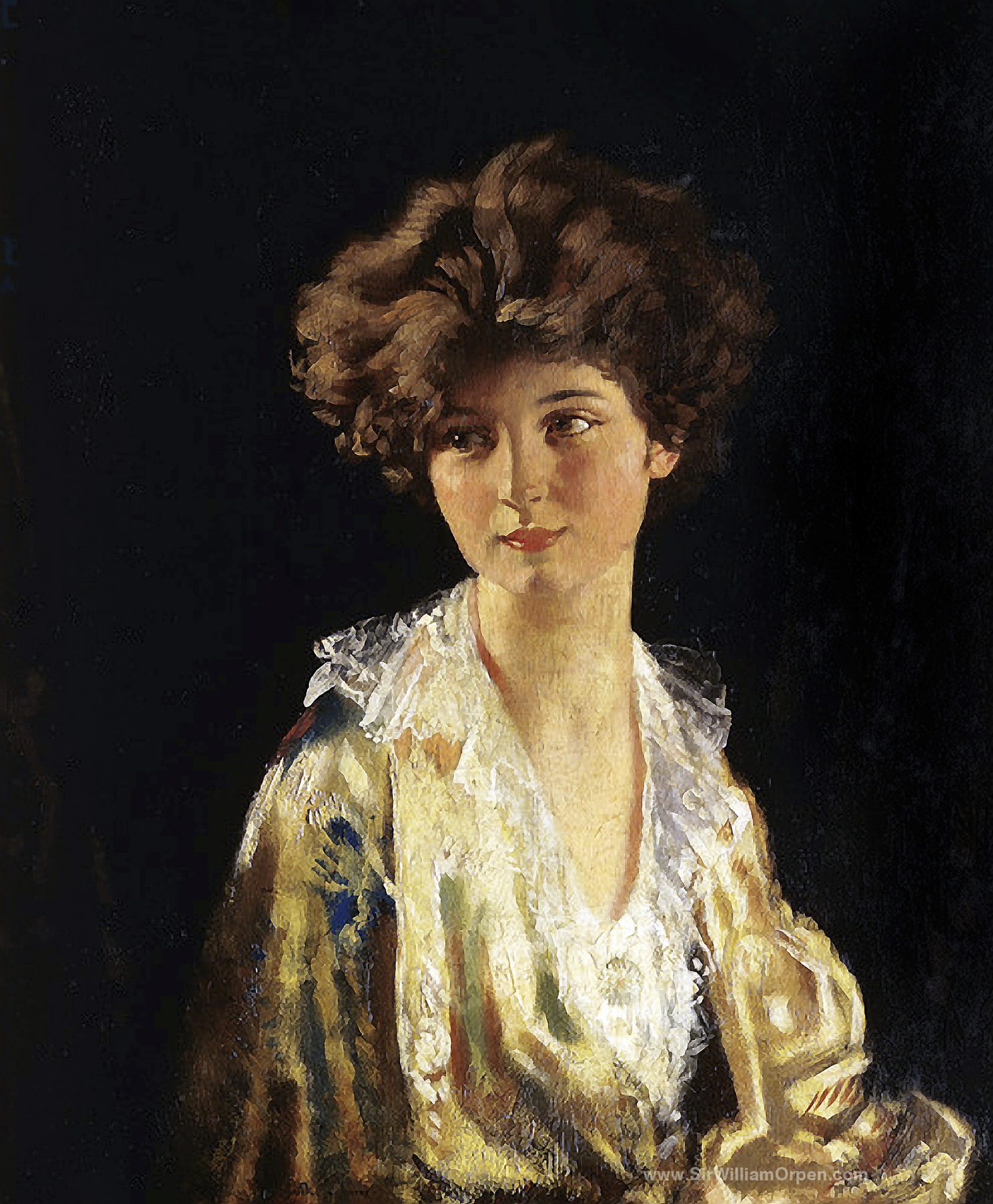 Lady Evelyn Herbert, the sitter for the present work, was the only daughter of the 5th Lord Carnarvon, the wealthy aristocrat and amateur archaeologist who financed the excavation of Tutankhamun’s Tomb in the Valley of the Kings. In November of 1922, Lady Evelyn was with her father and famed Egyptologist Howard Carter as they became the first people in over three millennia to enter the tomb of the famous boy King. Furthermore, according to the diary of Lord Carnarvon’s brother, Mervyn Herbert, Lady Evelyn was the first person in modern times to ever enter the inner burial chamber, as her slender frame allowed her to squeeze through a small gap in the wall. It was here they were to find the perfectly intact sarcophagus of the young pharaoh, and his golden death mask; one of the greatest surviving masterpieces of ancient Egyptian art.

According to the artist’s studio book, Orpen was commissioned to paint this portrait in 1915, for which he received a fee of £500. At the time of painting, Lady Evelyn would have been only 13 or 14 years of age, and here Orpen captures her fresh-faced youth in the rendering of her features, as she sits, gazing pensively to the side, a small smile playing on her lips. It was only seven years later that this budding debutante was to make history alongside the other intrepid explorers who discovered Tutankhamun’s resting place. As she grew towards adulthood, Evelyn became increasingly close to her father, brought together by a shared interest in Egyptology. Lead archaeologist Howard Carter referred to Lady Evelyn as her father’s ‘devoted companion in all his Egyptian work’ (H.V.F. Winstone, Howard Carter and the Discovery of the Tomb of Tutankhamun, Gloucester, 2006, page 142), accompanying him on his annual trips to Egypt, and she was to remain by her father’s side up until his untimely death in Egypt in 1923, shortly after the tomb’s discovery.

The portrait has a particularly personal inscription on the lower left of the canvas, which reads ‘Orpen, Dear Little Peaceful by Woppy’. Of particular interest is the use of Orpen’s nickname ‘Woppy’, the term by which he was affectionately known to his mistress, Florence Evelyn St George and her family. The inscription here suggests that Mrs St George may have had involvement with this very commission. She and Orpen entered into a relationship sometime around 1908 after she took up a house in Berkeley Square, and it is well known that she used her influence a number of times from this point on-wards to help the artist gain commissions. As the eldest child of wealthy New York banker, George Baker, Mrs St George was highly connected within upper echelons of London society, and it is perhaps within this sphere that she first came to know the prominent Carnarvon family. Given the personal nature of the inscription, it is likely that the families knew each other well, and one plausible suggestion is that Lady Evelyn was perhaps a friend of Mrs St George’s daughter Gardenia, who was affectionately known as Poppy or Popcorn. Gardenia, who was also painted by Orpen on numerous occasions, and Evelyn were only a few years apart in age, and may well have been friends during their adolescence.

Painted in 1917, the sitter for this engaging war-time portrait was Yvonne Aupicq, daughter of a school teacher (Joseph Aupicq) in Hergnies, France (see footnote). Yvonne was Orpen’s lover between 1917 and 1928. Yvonne was serving as a nurse at the time, and she met Orpen whilst he was recovering from a serious illness caused by sulphur poisoning that almost cost him his life. Her stunning complexion and loving personality gave Orpen renewed energy, both artistically and personally, during one of the most difficult periods of his life, and he fell deeply in love with her shortly thereafter. ‘She was then just 20 years old, ravishingly beautiful, with tousled blonde hair, a fresh, light complexion and blue eyes. Her features were delicate’ (Bruce Arnold, Orpen: Mirror to an Age, London, 1981, page 337).

Orpen was an Official War Artist, receiving pay equal to a British Army ‘Major’ in exchange for recording the war effort. Towards the end of the war, Orpen came to the realisation that the powerful paintings he did of Yvonne did not fit into this genre, so he devised a daring scheme to metamorphosise these celebrated works into valid contributions to his role as a war artist. ‘When he submitted them to the Intelligence section at G.H.Q. to get them passed for exhibition by Major A.N. Lee, he gave the title of ‘The Spy’ to both pictures. He developed a typical First World War story to go with the title. The girl, he explained, was a German Spy called Frieda Neither who had been arrested by the French and found guilty. As a last request she asked that she be allowed to face the firing squad in a dress of her own choosing. The gallant French agreed, and she appeared before the fusiliers draped in an army greatcoat. When the orders for her execution were given she let fall the coat, and stood naked before the soldiers. They flinched for a moment at the sight of her unparalleled beauty, but obediently squeezed the triggers of their rifles and she fell in a lifeless, crumpled heap on the ground!’ (ibid., pages 334-335).

After a series of letters from Colonel Lee’s intelligence unit questioning the authenticity of his account about the spy, Orpen was summoned to the War Office for cross-examination. Realising that his elaborate story had gone too far, the artist revealed the truth. ‘In fact, I was in black disgrace. My behavior could not have been worse, according to Intelligence (F), or whatever they were then called at G.H.Q.’ (W. Orpen, quoted in ibid., page 337). The couple were carefully monitored right up until the signing of the Treaty of Versailles in June 1919.

Yvonne became one of Orpen’s most recognisable models of the period, and his ‘War’ exhibition of 1918 made her famous amongst the British public overnight. Newspaper’s at the time referred to her as ‘his most famous model’ and ‘his constant champion’. Their relationship ensued until 1928 when the couple had a dramatic break-up, resulting in Orpen giving Yvonne a generous settlement. This not only included his black Rolls Royce, but also his chauffeur, William Grover-Williams, a successful Grand-Prix racing driver for Bugatti. When Orpen’s relationship with Yvonne fell apart, Grover-Williams grew closer to the French model and they subsequently married in 1929. Together with her husband, Yvonne formed a small unit called ‘Chesnut’, which contributed to the resistance in Northern France.

N.B. Yvonne is often referred to as the daughter of the Mayor of Lille (a railway worker of modest means) but her birth certificate describes her father as a school teacher – Joseph Aupicq. Her name is also often mistakenly spelt with a ‘b’ as in Aubicq but both hers and her father’s birth certificates confirms her name is spelt with a ‘p’ – Aupicq, born in Hergnies (about 50 Km from Lille) in 1896, she died in 1973.