‘The Jockey’ a self portrait by Sir William Orpen. 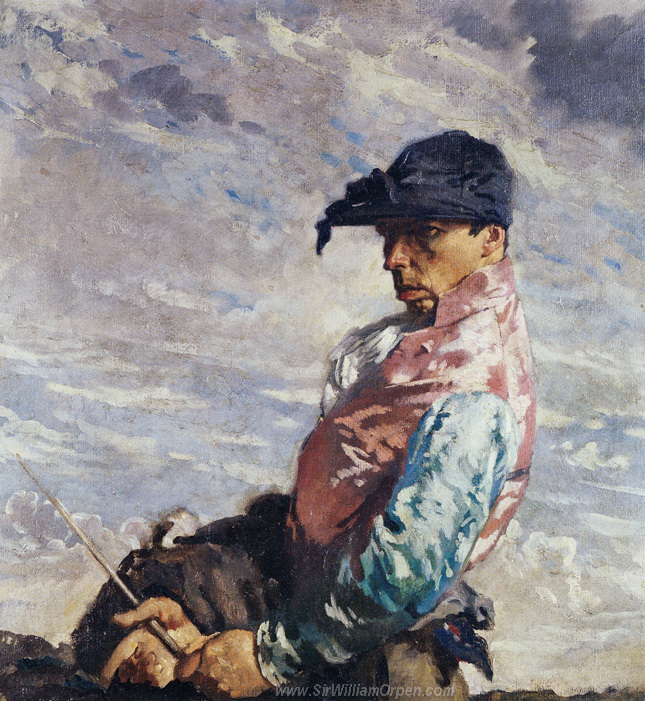 This painting will feature in the Irish Horse exhibition at the National Gallery Ireland 25th April – 16th August 2020.

UPDATE: This exhibition has been cancelled do to the Corona-virus.

It was originally exhibited in Goupil Gallery Saloon 1909 as “The Baldoyle Steeple-chaser”.

Illustrated letter by William Orpen to his wife Grace (He often signed his name ‘Billion’).

“Morning, who says you are looking very fit – more power to you – this is a drawing of the jockey kicking all the other things out of the show – as you so kindly put it. You had better talk to Marchant (William Marchant owner of Goupil Gallery) but not too much – I’m with you about the mirror but I still hold out about butter dish. My love to you all”.  Your loving husband, Billion.

‘Kicking all other things’ – Orpen was probably referring to the exhibition at Goupil Gallery Saloon 1909. 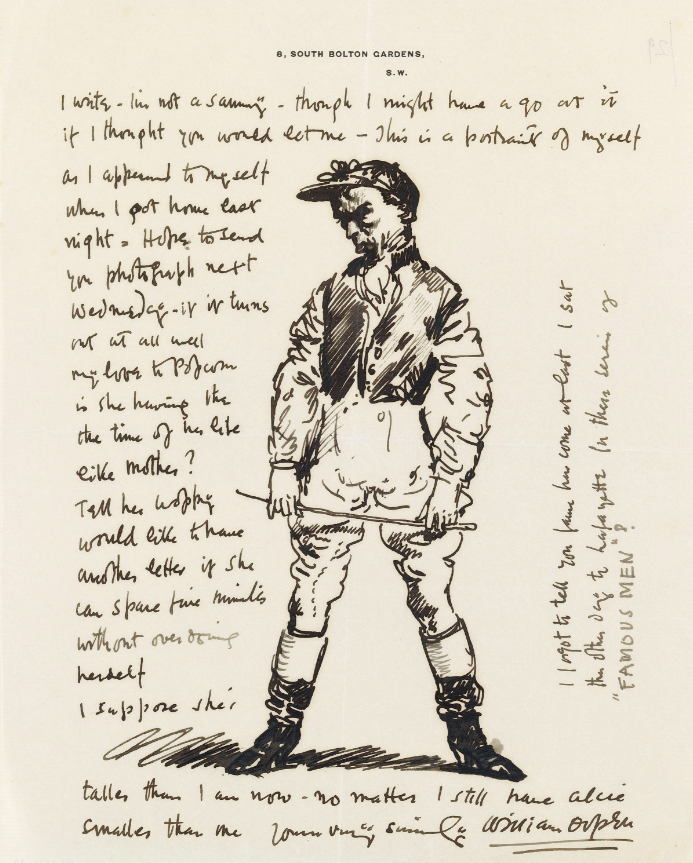 “I write – I’m not a Sammy (a man who likes to chat up ladies) – though I might have a go at it if I thought you would let me. This is a portrait of myself as I appeared to myself when I got home last night. Hope to send you photograph next Wednesday if it turns out at all well. My love to Poppy (Orpen’s pet-name for Gardenia St George), is she having the time of her life like Mother? Tell her Woppy (William Orpen’s pet name for himself) would like to have another letter if can spare five minutes without over doing herself. I suppose she’s taller than I am now – no matter, I still have Alcie smaller than me (Alcie is short for Alcibiades – Orpen’s pet name for Frederick Ferris Bligh St George).

I forgot to tell you fame has come at last, I sat the other day to Lafayette in their series of “FAMOUS  MEN”.

Sketch of ‘The Jockey’ by William Orpen (1929). The Victoria & Albert Museum.

This is typical of many of William Orpen’s self portraits, dressing up in an almost comical way. 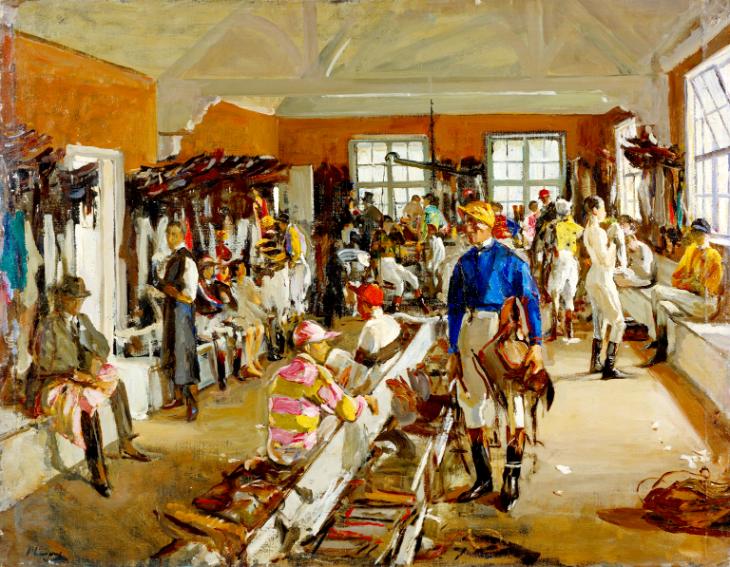