Colonel Thomas Edward Lawrence, CB., DSO. was an archaeologist, army-officer, diplomat and writer, he became renowned for his role in the Arab Revolt and the Sinai and Palestine Campaign against the Ottoman Empire during WW1.

Property of a Distinguished Collector.

Autograph letter signed, to Sir William Orpen commenting wryly on an article about himself by Lowell Thomas, which he compares to a piece on Orpen in the same issue of Strand magazine, tabulating the terms used to describe both men, balancing “A great painter” against a “A great camel driver”; “Luxury-stable clerk” against “Prince of Mecca”; “Dainty little dreamer” against “Born strategist”; “Cheery little Irishman” against “A Great White God”; “yearning unsatisfiable sadness” against “upper middle class”; “Stimulating after dinner” against “A caliph in disguise”, and others, concluding that “Yours seems to me a very faithful portrait” and hoping that “my friends will all see me to the life in this article about me”, 2 pages, 8vo (book size), Oxford, 26 December 1919. 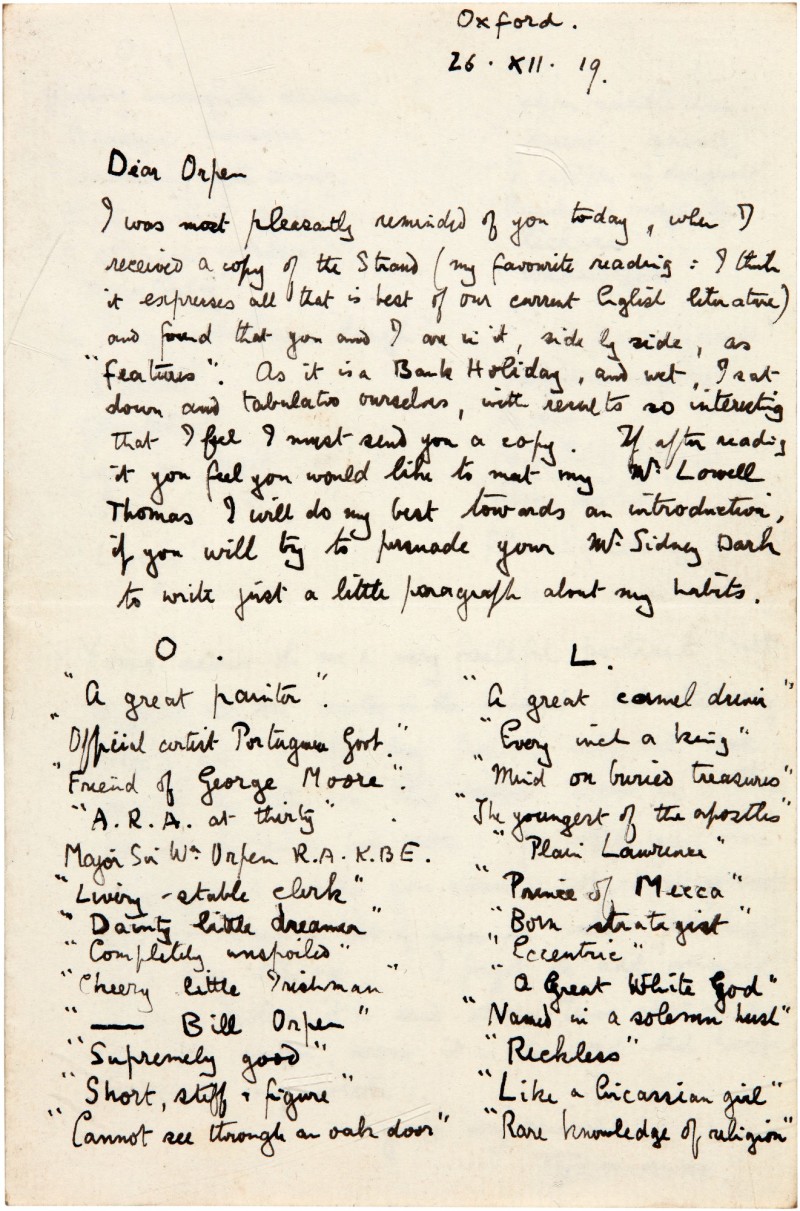 Page 1 of the letter.

A REMARKABLE LETTER MOCKING HIS OWN LEGEND, capturing Lawrence’s ambivalence to fame. Lawrence mocks the effusions of Thomas’s article but also points out that “There are to be four or five more: for while you can copyright a picture you cannot copyright yourself, and it takes a lot of paper to make a full-length of a thing like me”. This letter was written as Lawrence was first finding fame through Lowell Thomas, whose stage shows, lectures, and journalism, culminating in With Lawrence in Arabia (1924), did so much to establish the legend of “Lawrence of Arabia”.

Lawrence and Orpen had met at the Paris Peace Conference; Orpen’s portrait of Lawrence was described by Robert Graves as showing “a sort of street urchin furtiveness”. At the time this letter was written, however, Lawrence had returned, bitterly disappointed, from Paris and was lodged at All Souls College working on Seven Pillars of Wisdom. This letter came just weeks after the infamous occasion when Lawrence had lost his manuscript when changing trains at Reading station, and he was in the midst of writing the second version of the book. THIS LETTER IS APPARENTLY UNPUBLISHED.

Lawrence originally loved the painting by Orpen which was completed in two 90 minute sessions but he subsequently became less impressed, commenting 14 years later that it lacked conviction and refereed to it as mere ‘House Furniture’. Lawrence’s mother however loved it and tried to buy it after Lawrence’s death but it went to an American collector. 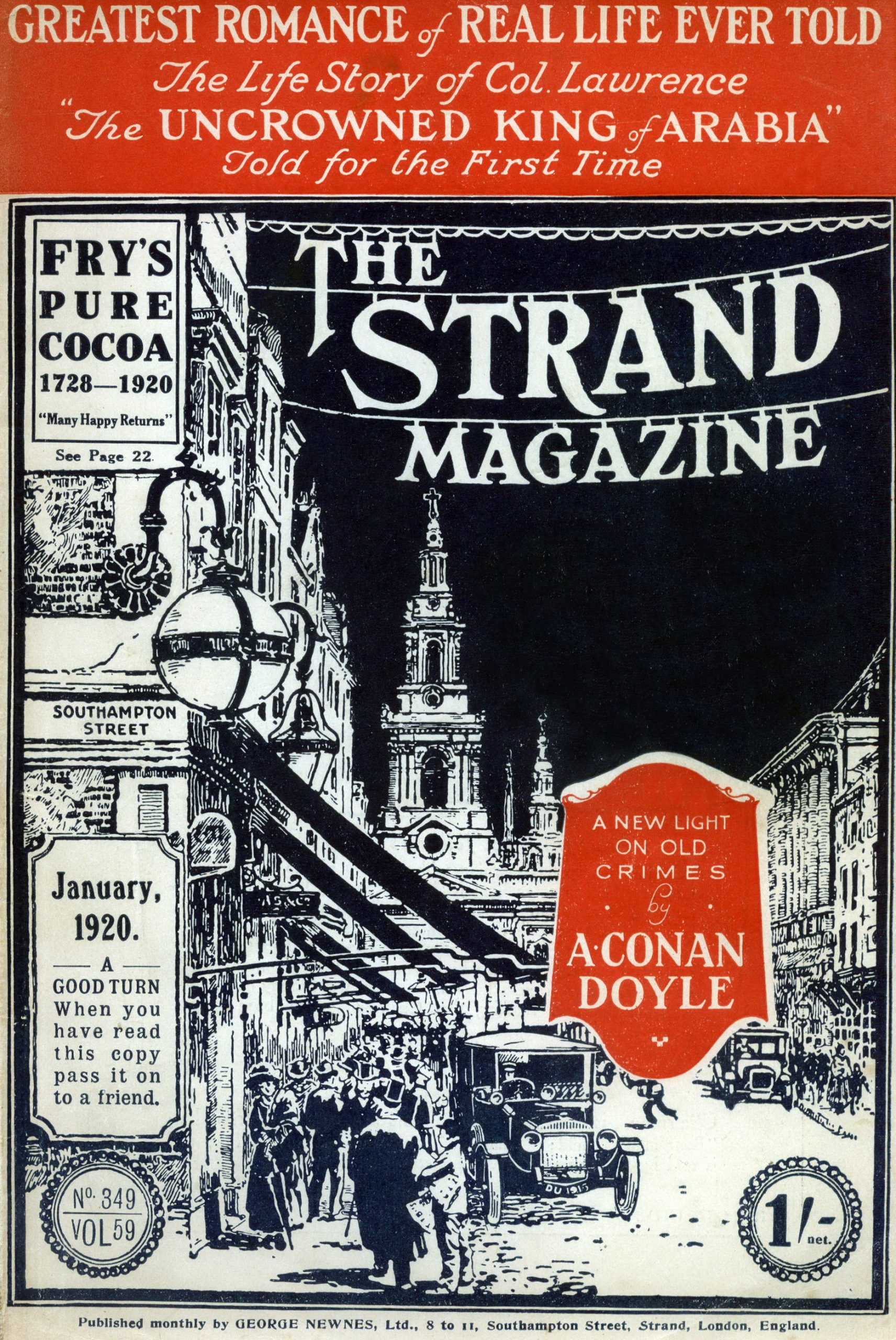 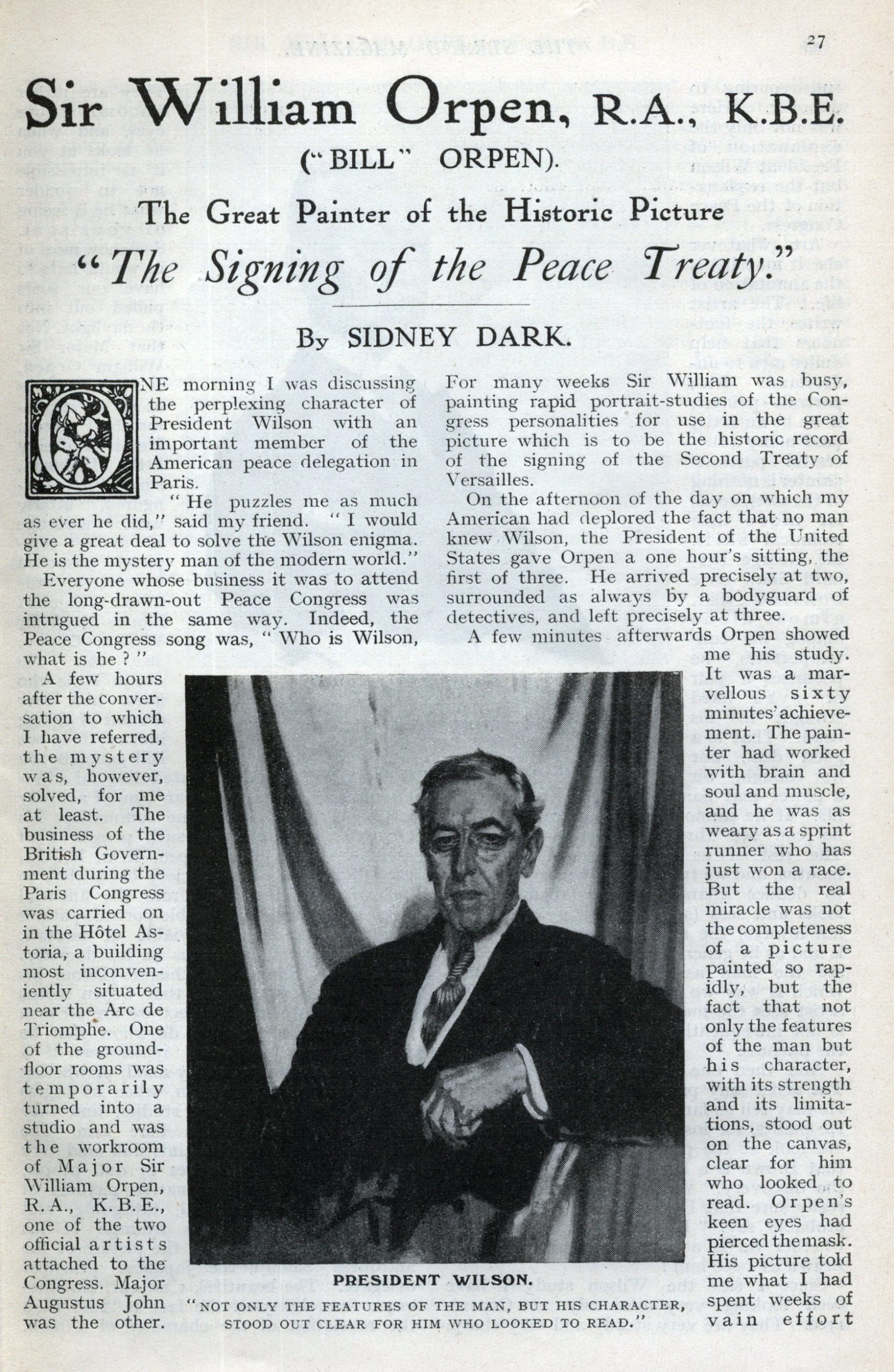 The Sir William Orpen article which Lawrence refers to in his letter under “O” (pages 27 – 31). The image is of Orpen’s painting of American President Woodrow Wilson which hangs in The White House. 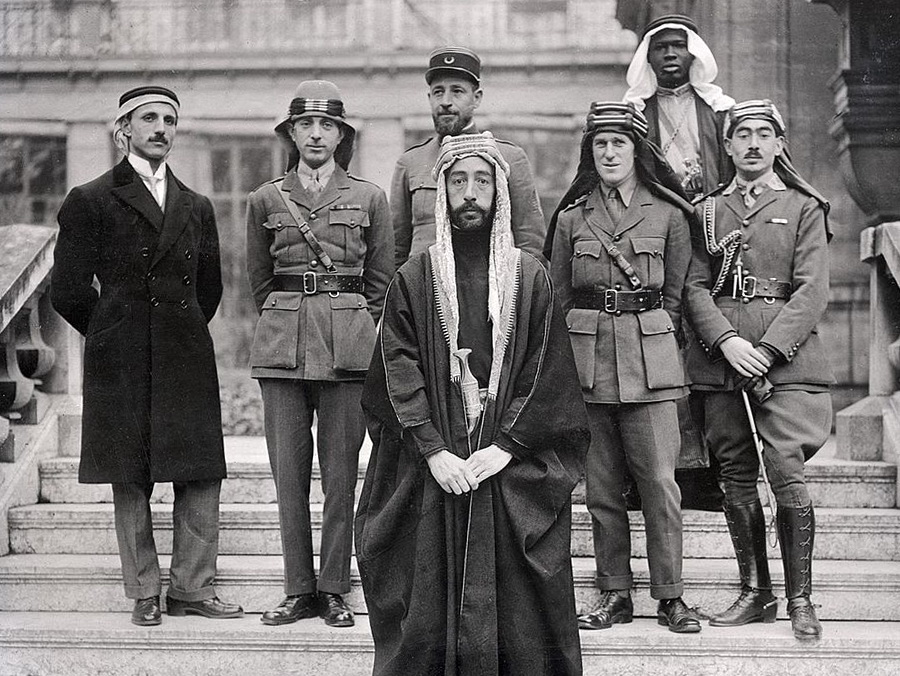 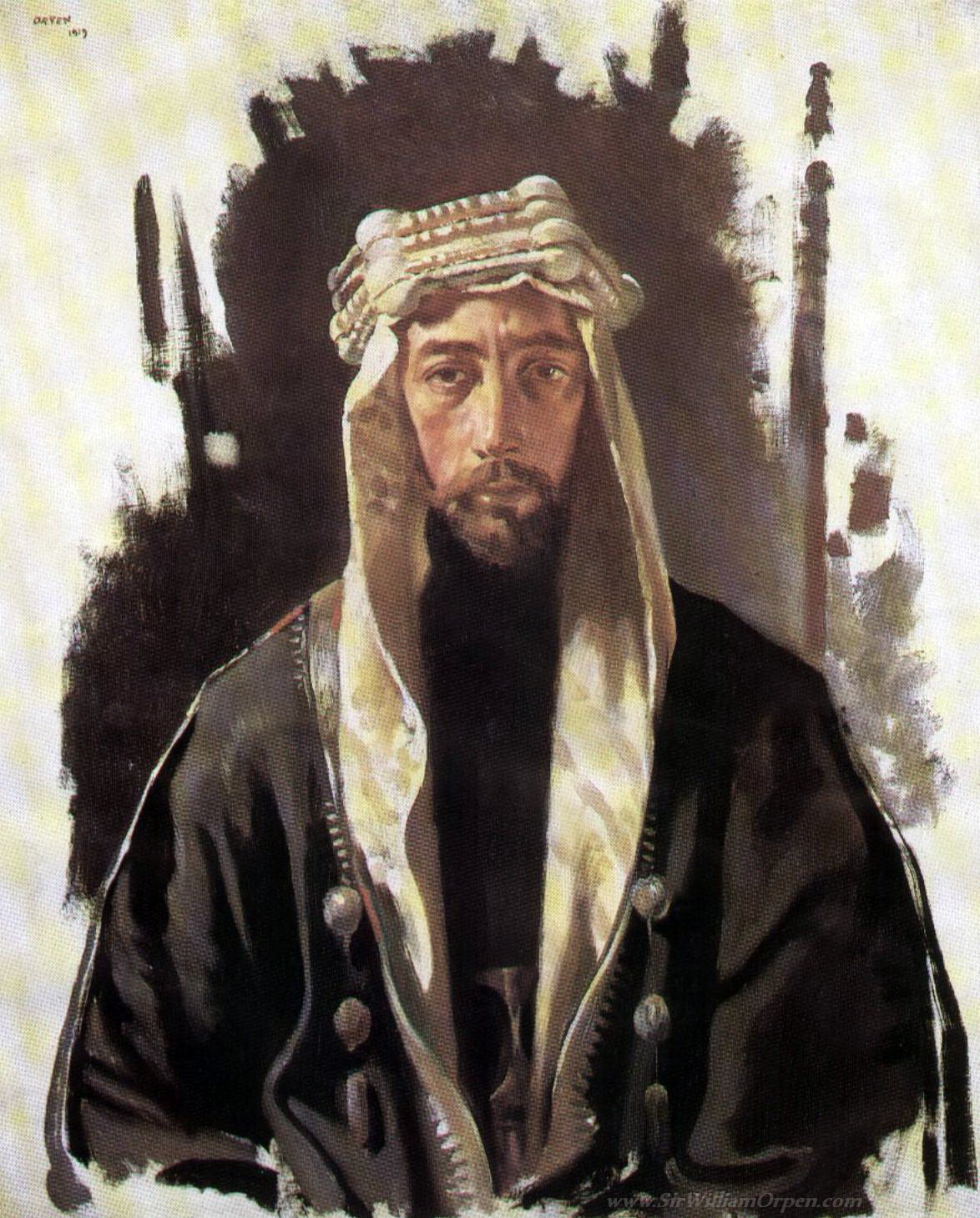 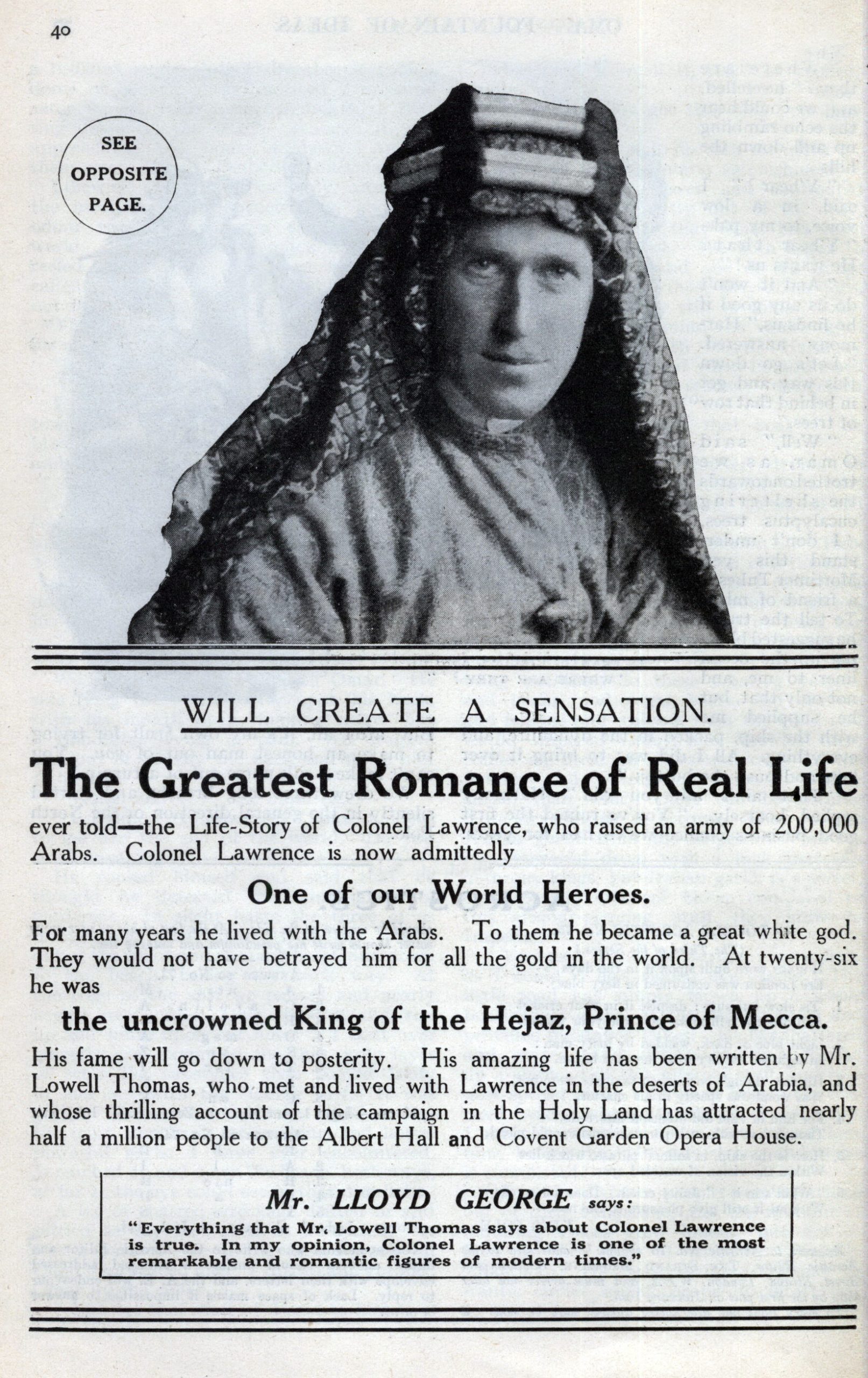 The Greatest Romance of Real Life. 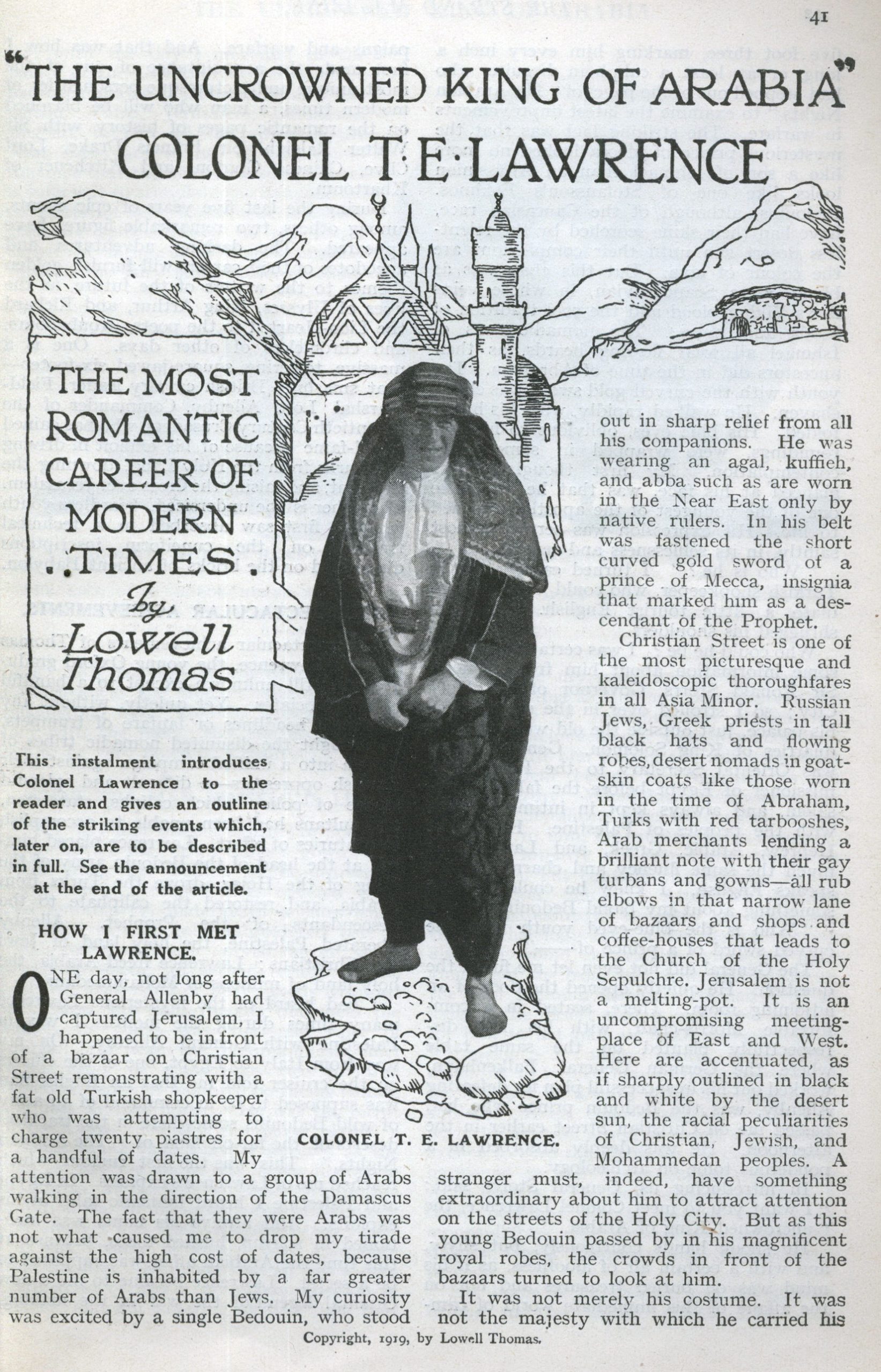 The facing page in The Strand. The magazine article contained 13 pages about Lawrence of Arabia by Mr Lowell Thomas (pages 40 – 53).

Lawrence met King George V at Buckingham Palace on 30th Oct. 1918 believing the meeting was to discuss new borders for an independent Arabia but when the King announced he wished to bestow a Knighthood on him, Lawrence rejected the offer and stormed out of the Palace. He was angry over the British governments betrayal of the Arabs who had been promised independence.

Lawrence later published an English translation of Homer’s Odyssey under the pen name of T.E. Shaw which was a shout out to his friend George Bernard Shaw who had given Lawrence the ‘Rolls Royce of motorbikes’ a Brough Superior SS100. Sadly, Lawrence suffered brain damage after the motorbike and died on 19th May 1935. And thus began the introduction of motorbike helmets. 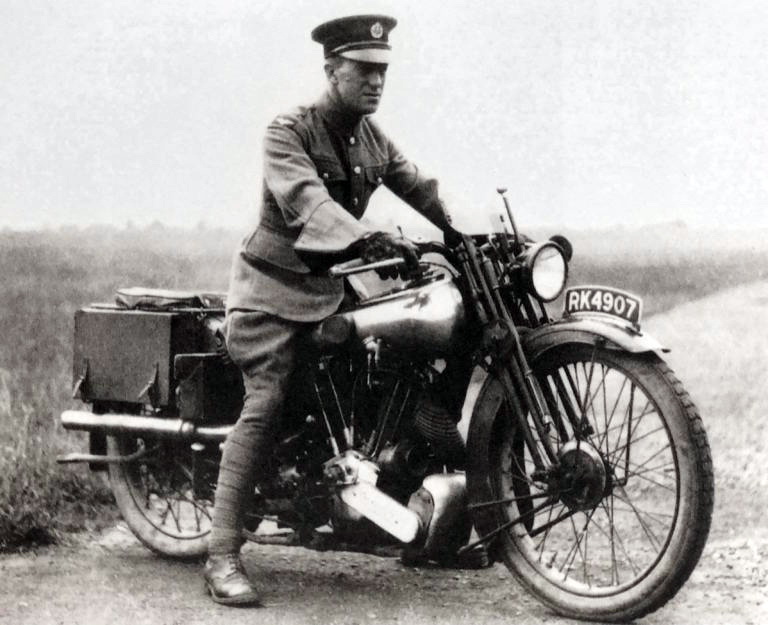 T.E. Lawrence on his Brough-Superior-SS100 when he served in the RAF under the name of T.E. Shaw.

He is buried in the churchyard at St Nicholas’ Church in Moreton, UK. 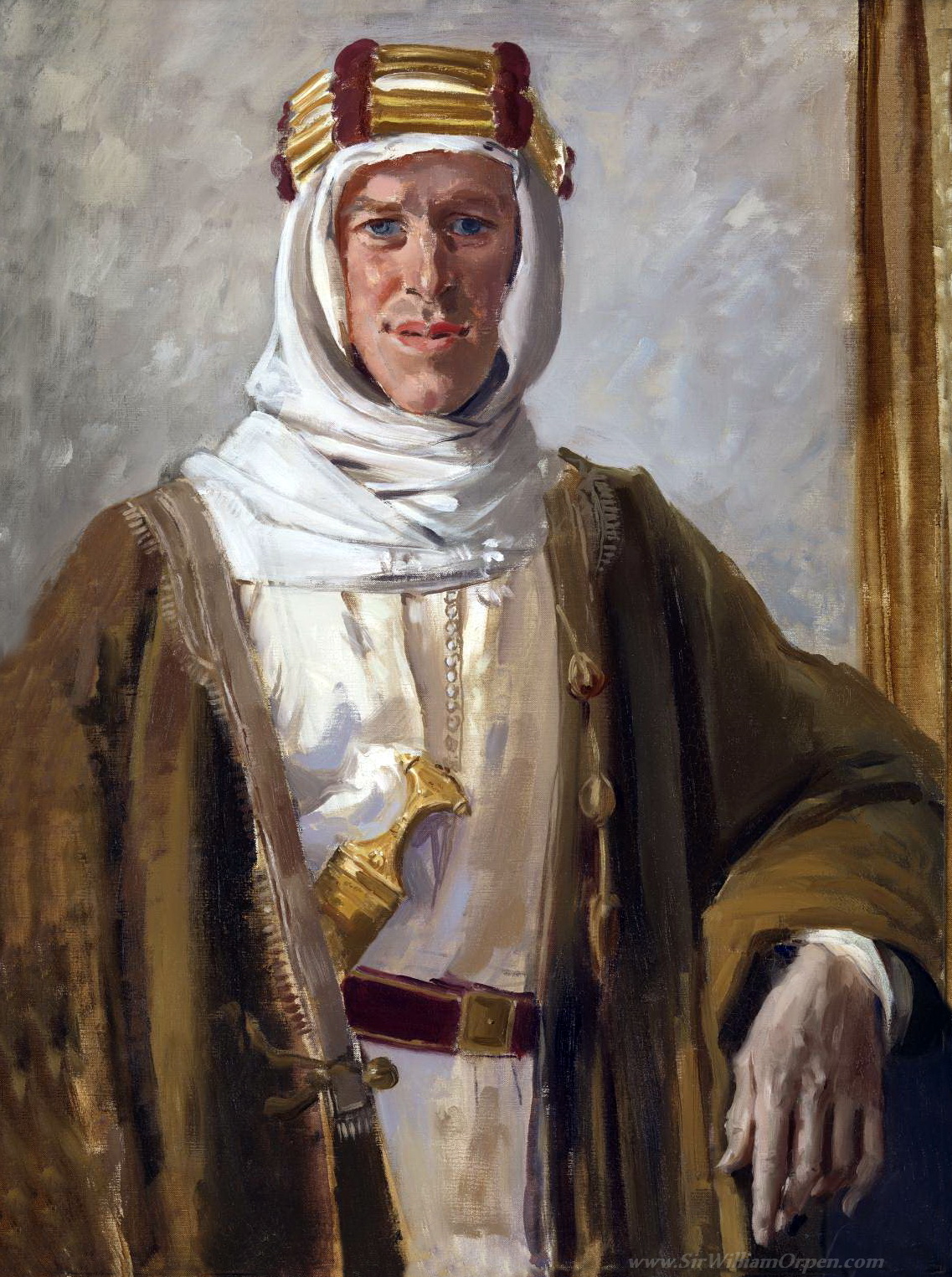 Presented by the Duke of Westminster 1920 to The Tate Gallery Collection, Reference N03566. 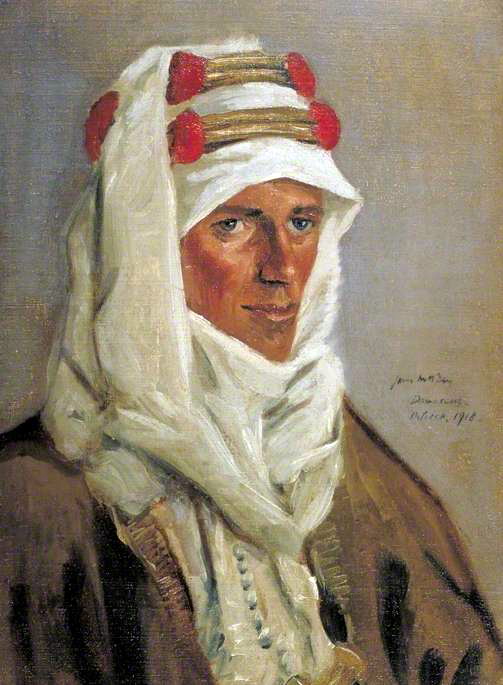 Painted in Damascus, Syria soon after it was Taken by Lawrence and his Arab Army (Imperial War Museum, London, England).

The Movie – Lawrence of Arabia directed by David Lean (1962). 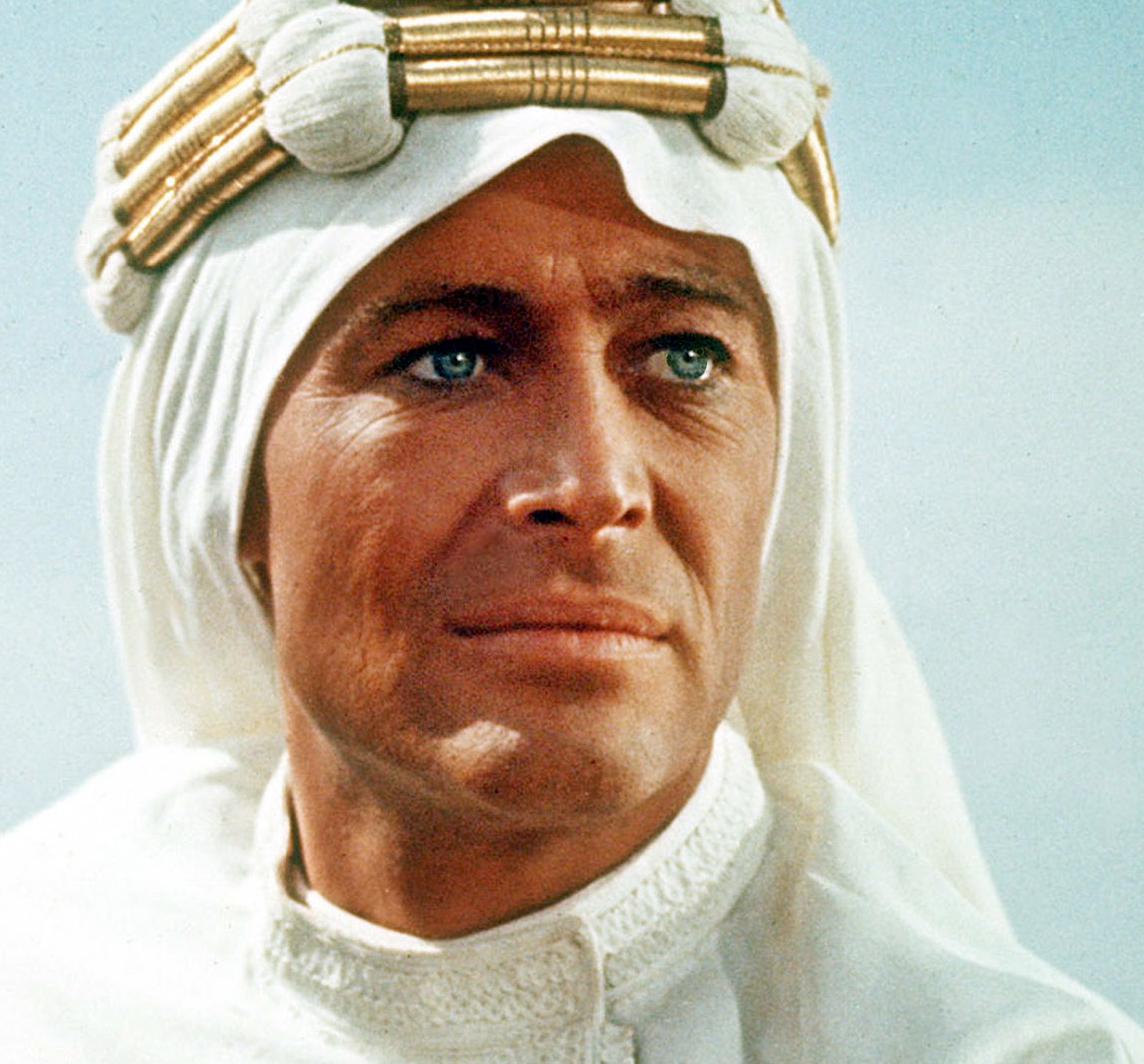 The Lawrence family originally came from Galway in Ireland. The actor Peter O’Toole was never quite sure if he was Irish or British as he had a Birth Certificate from both countries. He was not only a fine actor but he also looked quite like Lawrence and in fact received his first Oscar nomination for Lawrence of Arabia.