Study of a Satyr by William Orpen.

Study of a Satyr by William Orpen. 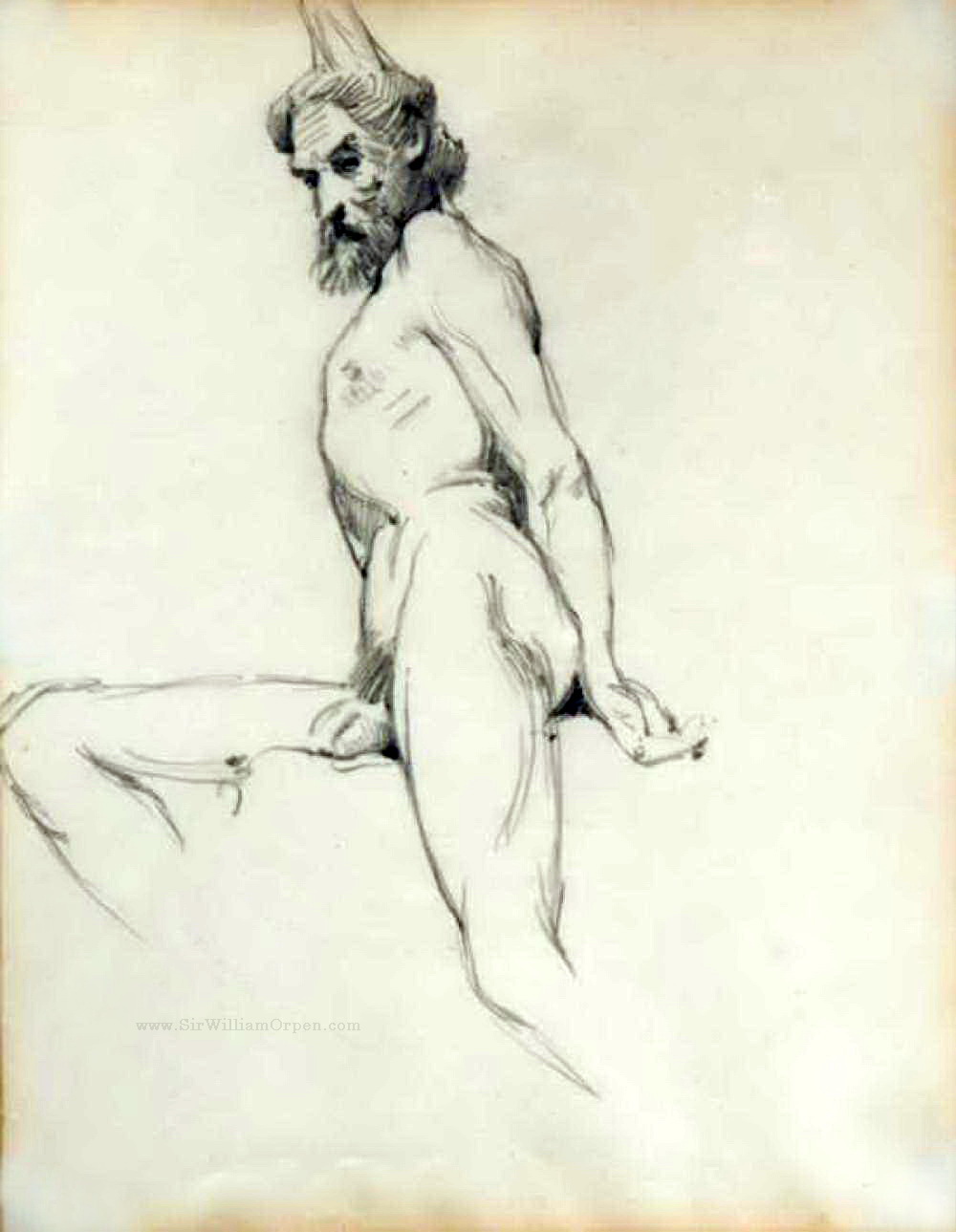 A Satyr in Greek mythology is a naked male nature spirit with ears, a tail and legs like those of a horse, often depicted an erection. Satyrs were known as lovers of wine, music, dancing, and women. They were companions of the god Dionysus and were believed to inhabit woodlands, mountains, and pastures. They often attempted to seduce or rape nymphs and mortal women alike, usually with little success. The present sketch is from a sketchbook that Orpen kept when he studied at the Slade School between 1897 and 1899.

I include another drawing which is a self portrait of Orpen “I Gallump” with my pipes on the Plains of Meath from his book – Stories of Old Ireland and Myself. Drawn in his early days at The Dublin Metropolitan School of Art.

Post by Dominic Lee, text from the Orpen Research Archives.