The location depicted in the present work is almost certainly the village of Kealkill, Lisheens, West Co. Cork, Ireland. In August-September 1901, Orpen and his bride, Grace Knewstub, spent their honeymoon at Lisheens, Pearson’s Bridge, near Bantry, which had been bequeathed to the Artist’s father, Arthur Herbert Orpen, and was used as a holiday home. The Orpen family were landowners and landlords in the area, and the now ruined house is still on the Lisheens (Little Forts) town-land. According to Bruce Arnold in his book, Orpen: Mirror to an Age, in the Summer of 1901, Orpen was preparing for his first one-man exhibition, which was to take place at the Carfax Gallery, London, that November [1901], and that Orpen ‘was worried about not having enough work for it; and intended to paint landscapes while on honeymoon.’ Consequently, in the quest for suitable subject landscapes, he hired bicycles sent from Dublin to reconnoiter the surrounding countryside. Set between the villages of Pearson’s Bridge and Kealkill, the honeymoon abode was situated, just off the R584, and both villages featured in pictures that Orpen exhibited in his one-man exhibition at the Carfax Gallery.

Above text from Bonhams catalogue.

With its low horizon line, subtle colour harmonies and contrasts of light and dark clouds, this view of Kealkill and the Sheehy Mountains is a rare example of pure landscape by William Orpen, an artist better known for his figurative work, portraits and interiors. Located some ten kilometers north of Bantry, the village of Kealkill is in Lisheens town-land, between Gougane Barra and Glengarriff, on a popular tourist route in West Cork. Although Orpen was born and raised in Stillorgan, Co. Dublin, his father, a solicitor, owned land near Kealkill and Pearson’s Bridge. After attending the Metropolitan School of Art, William went on to study at the Slade School in London. From the outset, he avoided Modernist experimentation, preferring to follow the Realist tradition of seventeenth-century painters such as Rembrandt, Velasquez and Chardin. A brilliant painter, his talent and ambition were recognised even in his student years, when he won prizes and scholarships, including the Slade summer prize in 1899 for his The Play Scene from Hamlet. Not long after, while holidaying in France with Augustus John and Charles Condor, he met Grace Knewstub, daughter of the Pre-Raphaelite painter John Knewstub. In August 1901, having graduated from the Slade, he and Grace were married. They honeymooned in West Cork, staying at the Orpen family holiday home at Pearson’s Bridge. As Bruce Arnold recounts in his biography Orpen: Mirror to an Age, the artist hired bicycles so that he and Grace could explore the surrounding countryside. However, Orpen was also busy preparing for his first one-man exhibition, which took place in November of that year, at the Carfax Gallery in London. A Storm, Kealkill is listed as No. 15 in the exhibition catalogue, and he showed also a view of Pearson’s Bridge.

A Storm, Kealkill is therefore a significant work, painted at a critical juncture in the artist’s career. In the foreground, a farmyard is sketched in, with hay ricks, bare earth and grass. Beyond, a group of buildings, both single and two-storey, and depicted in more detail, line the village street. In the middle distance is a patchwork of green fields, bounded by hedgerows, while in the far distance, the dark outlines of the Sheehy Mountains, or Cnoc na Seidhe (translated as either the mountains of the spirit, or the mountains of the hides) are silhouetted against a band of pale sky. While Kealkill has expanded over the years, the village centre, where several roads meet, has changed little since Orpen’s day. The houses he depicted, highlighted against a background of green hills and fields, are still there, and while modernised, retain the character of eighteenth and nineteenth-century West Cork houses, solid and well-built, with slated roofs. The house on the left, although a shop or pub in 1901, is now a private residence, while the house to the right, partially obscured by a cottage in the foreground, is the J. C. Collins Pub, a long-established centre for social life and traditional music. While in 1901 Orpen could travel freely around West Cork, he would not have been able to do so two decades later, when the War of Independence was giving way to the Civil War—Kealkill is remembered as the site of the first fatalities of that bitter conflict. By that time, Orpen had served as an official war artist in WWI, which required him to accept a commission in the British Army. His best paintings were done in wartime France, and his images of the Somme, of injured soldiers and of ruined cities, remain today among the most powerful and harrowing works depicting that conflict. However, having served in the British Army greatly restricted his ability to travel in his native country, particularly outside Dublin, and he rarely came to Ireland thereafter, preferring to remain in London where he became one of the most successful portrait painters of the era. The Orpen connection with West Cork was sustained when Vivien St. George (b. 1912), daughter of William and his mistress Evelyn St. George, married Alexander Stanley-Clarke of Seafield House, Castletownshend. 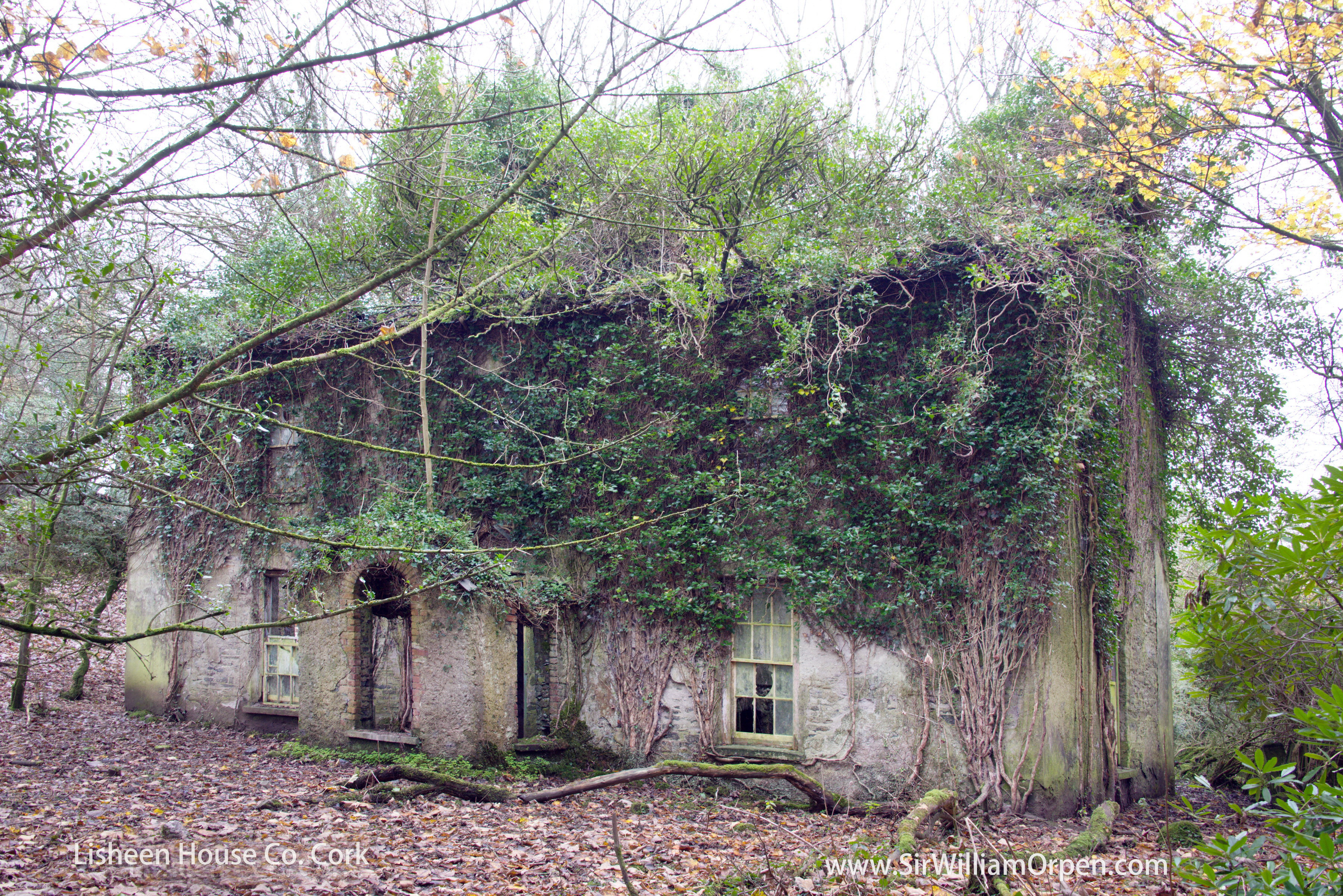 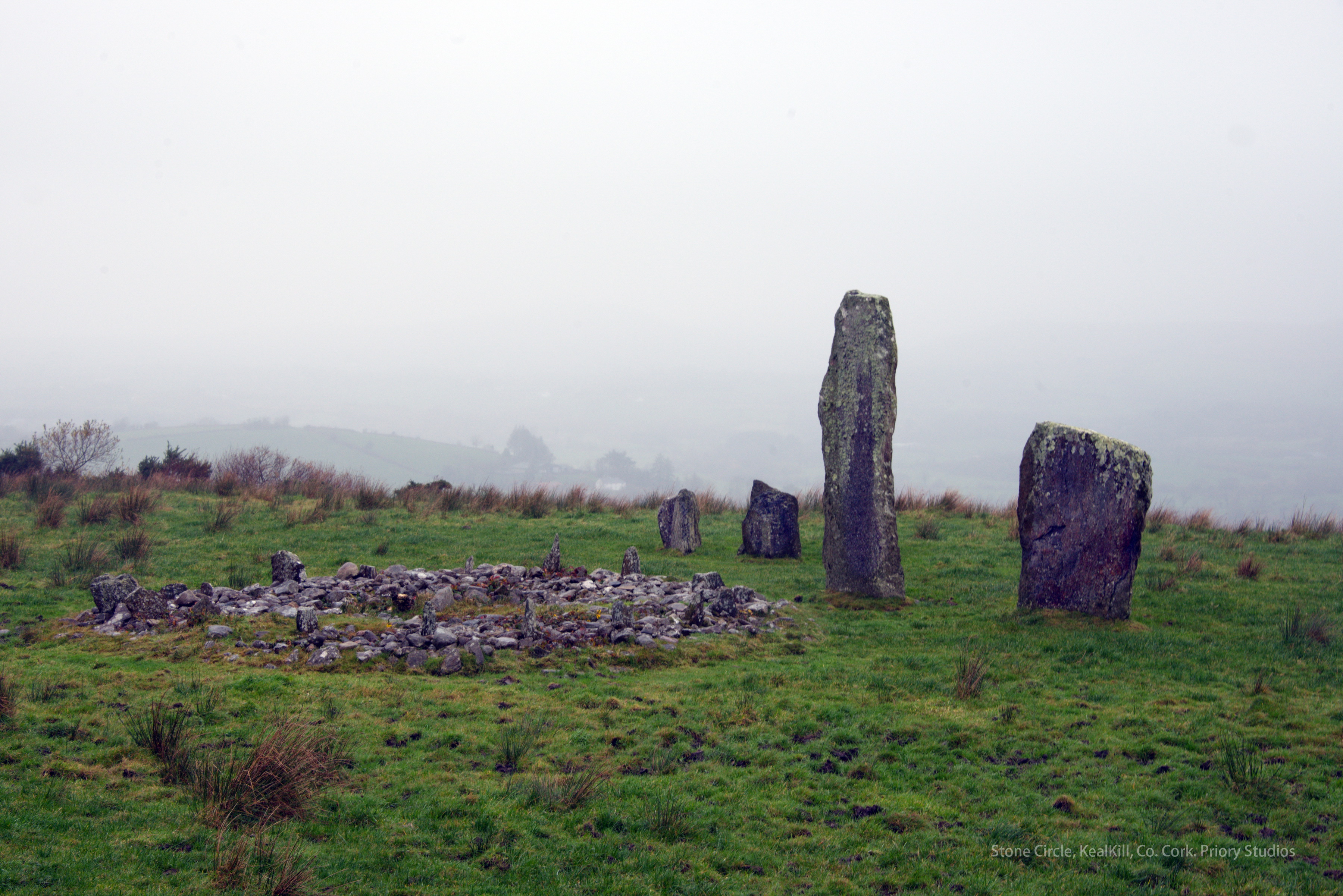