“To my God Dad David Murray from his God Son with love, William Orpen 1929”.

As Murray was almost 30 years older than Orpen he could have easily been his Godfather, however, we have previously established that Orpen’s Godfather was Montague Browne (see link to that blog below). So a term of endearment is more likely. Orpen drew the sketch while attending an Arts Club dinner to honour it’s president Sir David Murray and Orpen presented Murray with the ‘Chairman’s Cup’. They were both Knighted the same year (1918), they played Billiards together, both were known for their marvelous sense of humour and by coincidence they are buried next door to each other at Putney Vale Cemetery, London. Murray died two years after Orpen and Lady Orpen (William’s wife) attended his funeral.

The graves of Sir David Murray R.A. and Sir William Orpen R.A., Putney Vale Cemetery, London. Curiously Murray’s awards are all listed on his gravestone whereas Orpen has none listed (as per his wishes).

There’s a nice story about David Murray sending a birthday present of a book each year to his friend the artist Louise Jane Jopling (1843 – 1933). The book arrived on her 90th birthday in 1933 as usual from David. Louise was unwell and her friends hadn’t the heart to tell her that David had died two days previously. She died a few days later.

Positions:
President of the Royal Institute of Painters in Water Colours since 1917.

Work:
After eleven years’ commercial life became a painter. Among his pictures are the following:- River Road; Mangolds; Gorse;
Hampshire; Long After; a series of pictures in Picardy; and landscapes of Hampstead Heath; In the Country of Constable;
Swedes; a series of pictures from the Italian Lakes, Venice, the Trossachs and Island of Lewis; also sea­scapes from the Dorset coast.
Here is a sample of his work: 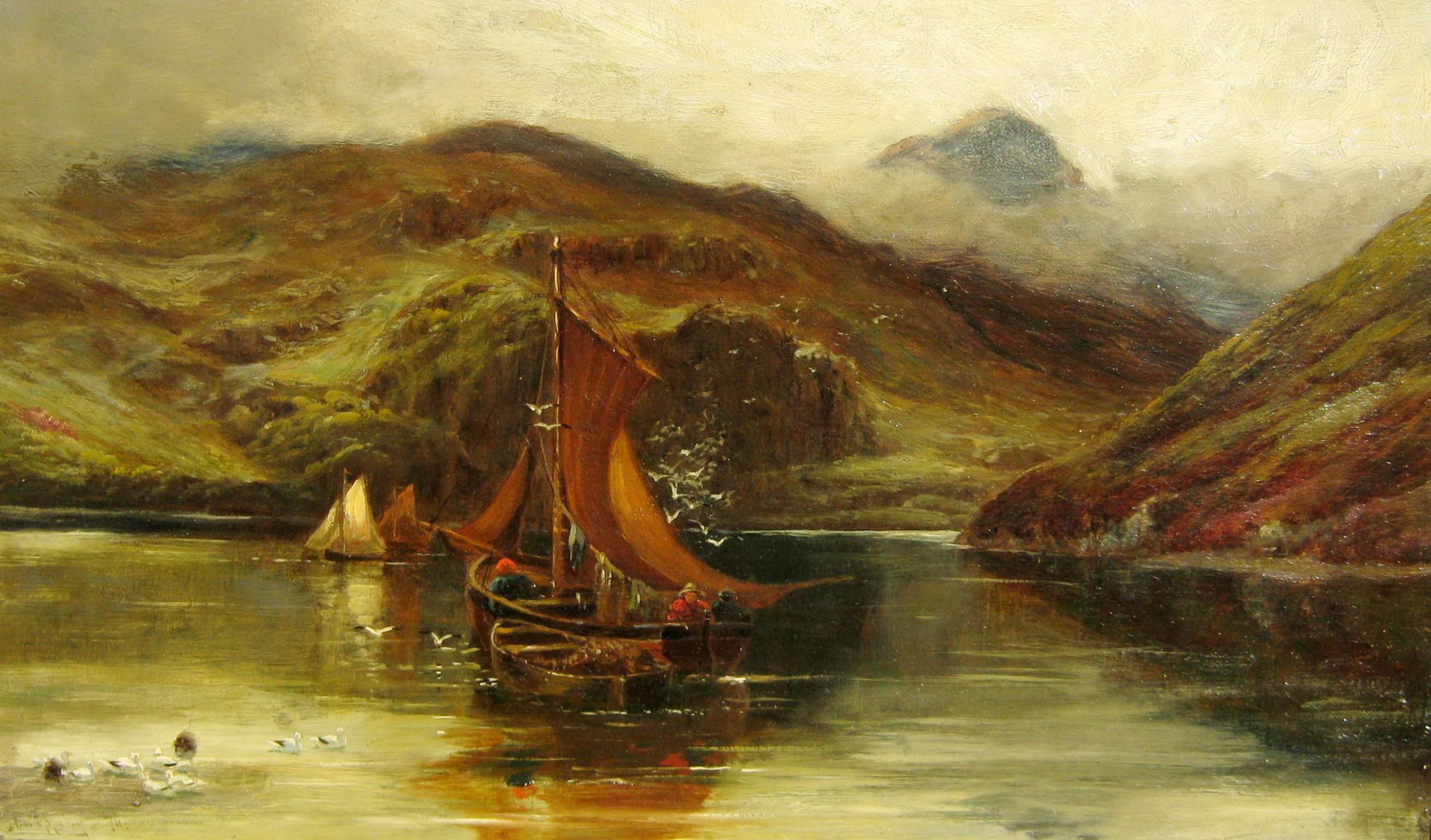 Out Fishing by Sir David Murray.

Link to a previous post on William Orpen’s Godfather: –

William Orpen’s Godfather gives him a Bible for his 7th birthday.