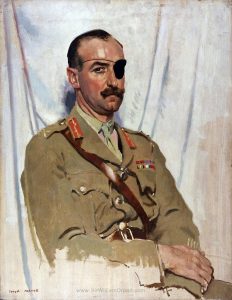 Orpen painted de Wiart while both men attended the Paris Peace Conference. ” The warrior, General Carton de Wiart, V.C., came to sit: a man who loved war. What a happy nature! He told me he never suffered any pain from all his wounds except once – mental pain – when he temporarily lost the sight of his other eye, and he thought he might be blind for life. A joyous man, so quiet, so calm, so utterly unaffected”.
William Orpen (An onlooker in France 1917-1919).

Lieutenant General Sir Adrian Carton de Wiart Regiment: 4th Dragoon Guards (Royal Irish) attached to 8th Battalion, Gloucestershire Regiment (now The Royal Dragoon Guards). Standing 6 foot 2 inches tall, it’s no wonder he was shot so often!  His wounds include losing his left eye and his left hand. Upon his retirement he was the most wounded Officer in the British Army, being wounded twice in the Boer War, once in Somaliland, and eight times on the Western Front, not to mention surviving two plane crashes and being a prisoner of war in Italy (1941 – 1943). 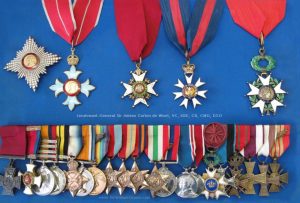 Born in Brussels, Belgium on 5th May 1880. Adrian was the eldest son of Léon Carton de Wiart (1854 – 1915) and although many blog posts state that his mother was Irish, this appears to be untrue. She may however have had a Great Grandmother who was Irish. It is also rumored that Leopold II, the King of Belgium was his real father, while this is not impossible, there is no evidence to prove it so we can take that as ‘Fake News’.

In 1951, at the age of 71, he married Ruth Myrtle Muriel Joan McKechnie (born 1903 –  died at the ripe old age of 102). She was 48, a divorcee, she was previously married to Arthur Henry Carr Sutherland. They had two children – Anita and Maria de Wiart. In his memoirs, ‘Happy Odyssey’, de Wiart makes no reference to his wife, his daughters, or to his Victoria Cross (presented to him by King George V at Buckingham Palace in 1916).

He and Ruth (known as Joan) retired to ‘Aghinagh House’ County Cork, Ireland (living there from 1951 to 1963),  spending his time fishing for salmon and shooting snipe. However, this was more to do with having to live in The British Isles in order to receive his pension than having Irish family connections. He died on the 5th of June, 1963 at the age of 83. He is buried just outside the actual graveyard wall on the grounds of his own home ‘Aghinagh House’ outside the cemetery at Killinardish Church of Ireland Graveyard (perhaps it’s outside because he was a Catholic!). 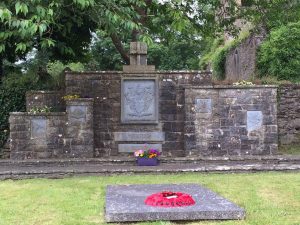 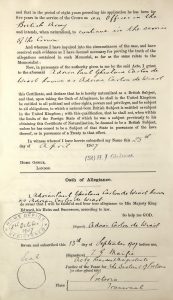 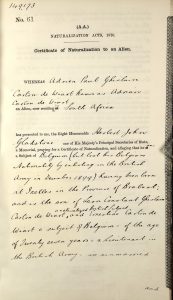 Adrian Carton de Wiart’s  Certificate of Naturalization to an Alien.

He had lost his Belgian Nationality by enlisting in the British Army. 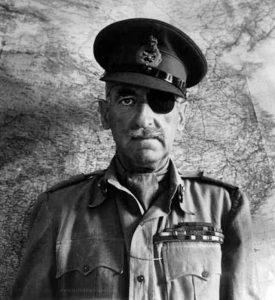