A piece of jewellery owned by one of the most talked-about socialites of early 20th-century London, who was married to an Irish land agent but also had an affair – and a daughter and possibly a son (Ferris) – with Irish artist Sir William Orpen, will go under the hammer at Lyon & Turnbull’s Select Jewellery & Watches live online sale in London on 22nd October 2020. Estimate: £10,000-£15,000. 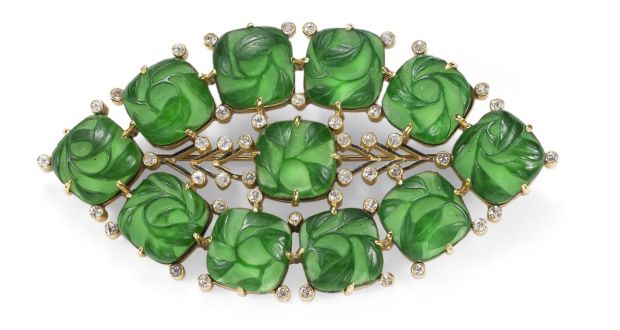 At the beginning of the 20th century, during a trip to Paris, Mrs Florence Evelyn St George (nee Baker, 1870-1936), purchased a “collier de chien”, or choker from the fashionable jeweller René Lalique. It was later converted into a bracelet, brooch and pair of ear studs, and the suite of jewellery, which has been passed down by descent, is now offered at auction for the first time. 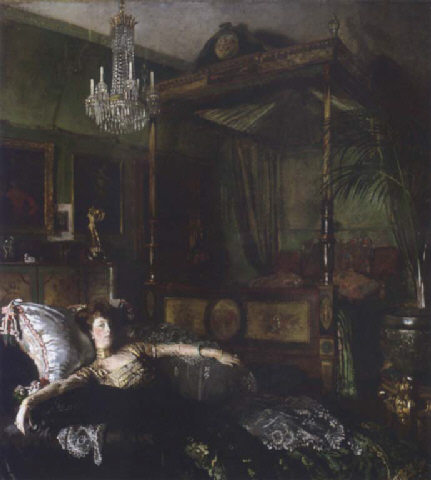 Is she wearing the same ‘Choker’? 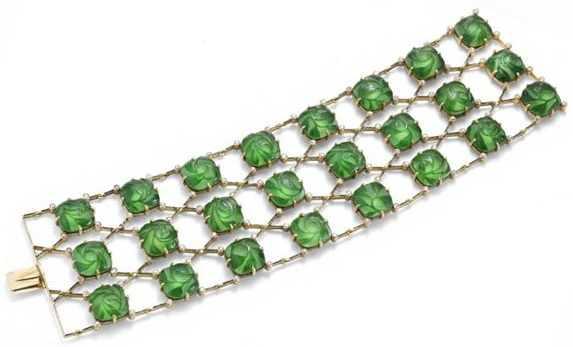 Florence, who was the daughter of wealthy New York banker George Baker, known as “the Sphynx of Wall Street”, married Howard Bligh St George – a Kilkenny land agent – against her father’s wishes in 1891.

Her husband was a cousin of Irish artist William Orpen, and within two years of Florence meeting Orpen, a passionate love affair began, despite the pair having spouses. They used to escape to Screeb House in Connemara in an attempt to keep the affair secret, but, through the chatter of London society, it soon became public.

Visually the couple made for much gossip, as she was a foot taller and eight years older, something that Orpen did not shy away from commenting on in his humorous sketches of the pair enjoying their time together, and they became known as Jack and the Beanstalk, on account of the height differential.

Florence, who would have been a trailblazer in terms of fashion, wearing exotic hats and fine jewels acquired during annual visits to Paris, not only became the artist’s muse, but also his patron. She commissioned numerous portraits of herself and her children, including some of her youngest daughter Vivien, who was actually the love child from herself and Orpen’s relationship.

In 2001, an Orpen portrait of Florence’s eldest daughter, Gardenia, sold for £2 million (including premium) at a Sotheby’s sale, which still remains a world record for an Irish painting.

The National Gallery in Dublin houses many letters and sketches sent from Orpen to Florence in the Prints and Drawings department, which were donated by their daughter Vivien.

What is now a suite of jewellery from its original incarnation as a choker, is in a trellis pattern with green beads and diamonds, and was created by the French jeweller René Lalique, sometime between 1900 and 1910.

The use of glass in this set reflects Lalique’s growing interest in glass making – for which he would become so well known in the 1920s.

He was commissioned for a series of high-profile projects including glass doors for Prince Yasuhiko Asaka’s residence in Tokyo, and a fountain, which for a time graced the Champs-Élysées in Paris.

Most remarkable were the interiors of the first-class dining room aboard the luxury liner Normandie. As no natural light could enter the room, Lalique created 12 tall pillars of glass flanked by 38 matching columns along the walls to light the room, earning the Normandie the nickname “Ship of Light”. 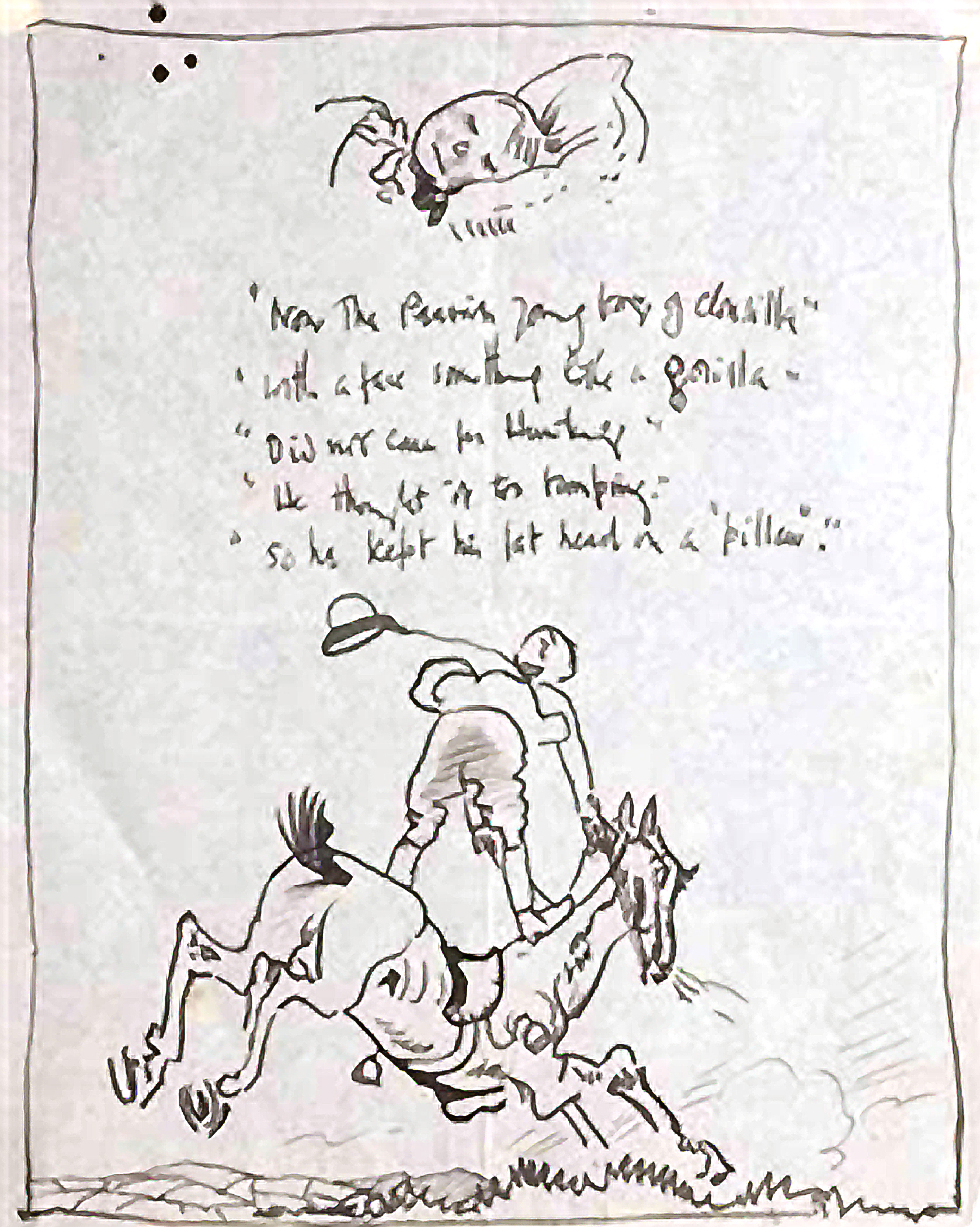 Did not care for Hunting

He thought it too bumping

so he kept his fat head on a pillow’.