WORLD WAR I – THE BRITISH LEGION – fundraising album with approximately 527 autograph manuscript contributions (1922-23) including a sketch by Sir William Orpen.

UPDATE: Bidding Closed – which implies it was not sold. 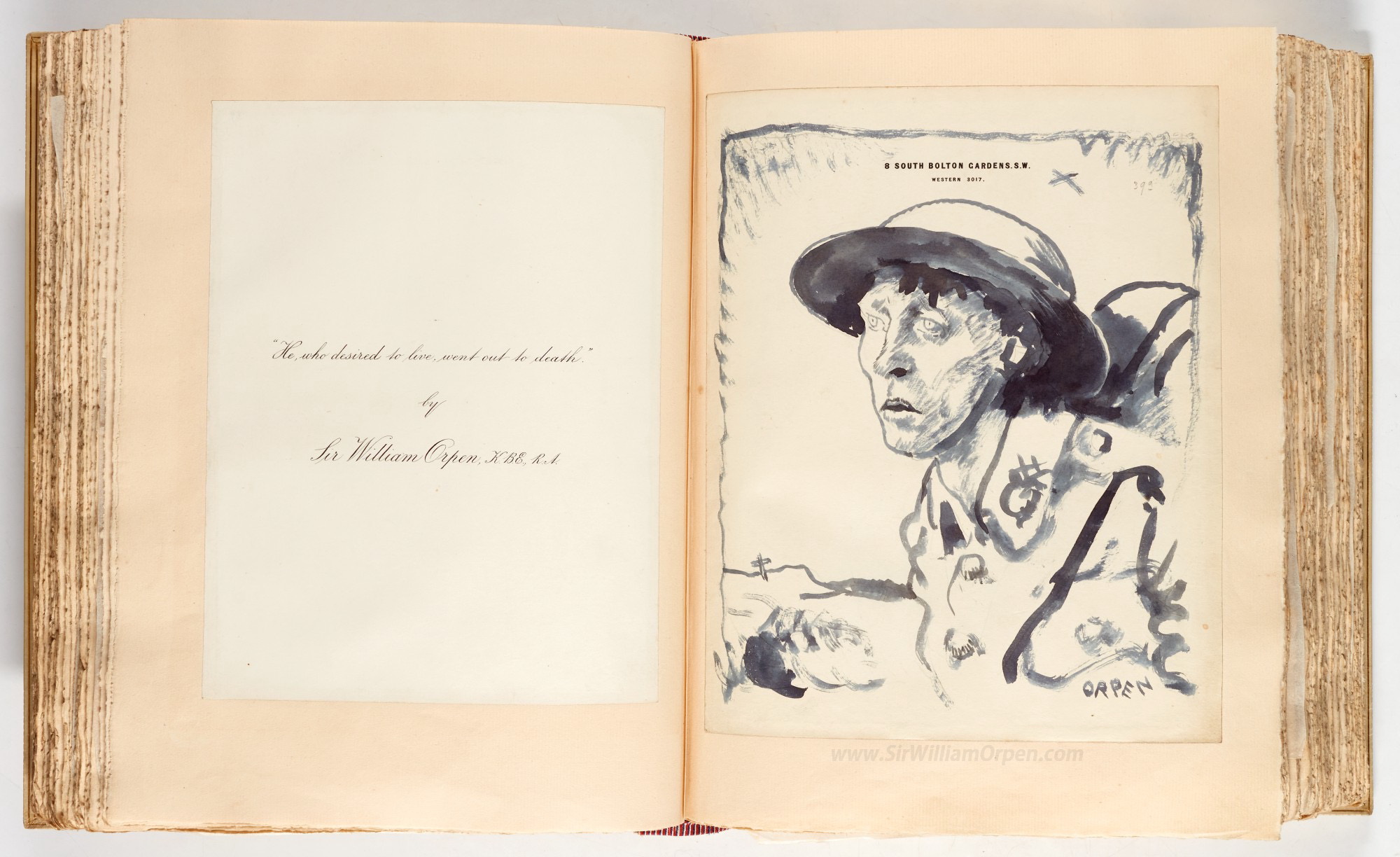 William Orpen’s pages from the book – Pen & Wash Drawing of a soldier, the text reads – “He, who desired to live, went out to death.”

THE BRITISH LEGION ALBUM IN AID OF FIELD-MARSHAL EARL HAIG’S APPEAL FOR EX-SERVICE MEN OF ALL RANKS COMPILED BY E. LONSDALE DEIGHTON.

AN IMPORTANT COMMEMORATION OF THE SACRIFICES OF THE FIRST WORLD WAR, COMPILED TO RAISE FUNDS FOR THE BRITISH LEGION, comprising c.527 inscriptions, signatures and other entries by a wide range of public figures, with notable contributors including:

140 pages on 136 leaves with facing lists of names and titles, mounted in a folio album (32 x 26cm) with calligraphic title incorporating the device of the British Legion, and captions throughout, 4to, bound by Zaehnsdorf in vellum on boards with gilt borders and lettering (“The British Legion Album”), blue cloth chemise, heavy blue Morocco folding box by Zaehnsdorf with matching border and lettering.

“…Many men & women who in their several sphere and ways of life, by reason of the great responsibilities they bear, by public service, honour and esteem, or by the brilliant use of their uncommon gifts, have won eminence among their fellow-countrymen, have assisted in the making of this Book…” (Earl Haig, foreword).

A remarkable relic, including contributions by many of the leading cultural and public figures of the early 20th century, from autograph poems by Housman and Yeats, to drawings by William Orpen and Augustus John, to the signatures of Winston Churchill and Benito Mussolini. The autograph collector E. Lonsdale Deighton assembled this remarkable album for the British Legion, the charity founded in 1921 under the presidency of Earl Haig to support former Servicemen. He was following in a tradition of charity sales of autographs in support of the Red Cross that had taken place during World War I, and also the flourishing of personal albums, which had become popular and poignant reminders of absent friends during the war years. Deighton spent about 18 months soliciting contributions and his astonishing success is a testament to the goodwill in which the British Legion was held. A facsimile of the British Legion Album was published by Cassell on 10 April 1924. Copies were sold for 5s. and proceeds went to the charity. On the first anniversary of the publication the original album was offered as a prize in a ballot: it was described as “the world’s most notable collection of autographs” and was said to be insured for £25,000. The winner of the ballot was Fred Hotine, an accountant from Watford, who soon afterwards consigned it for sale at Sotheby’s, promising a portion of the proceeds as a further donation to the British Legion. 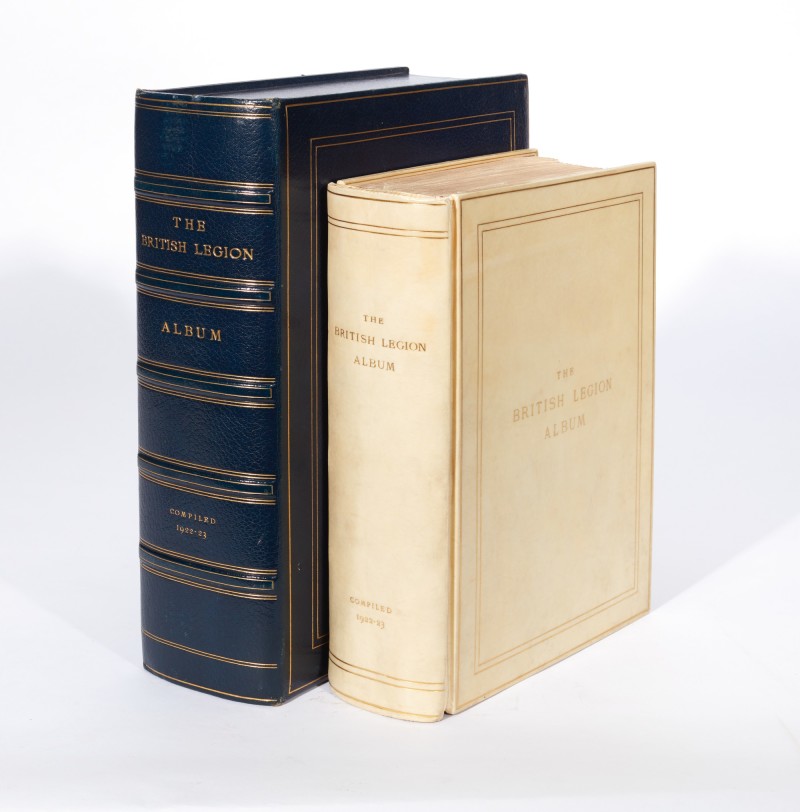