Nude study for ‘The Holy Well’ by William Orpen

Study for ‘The Holy Well’ by William Orpen. 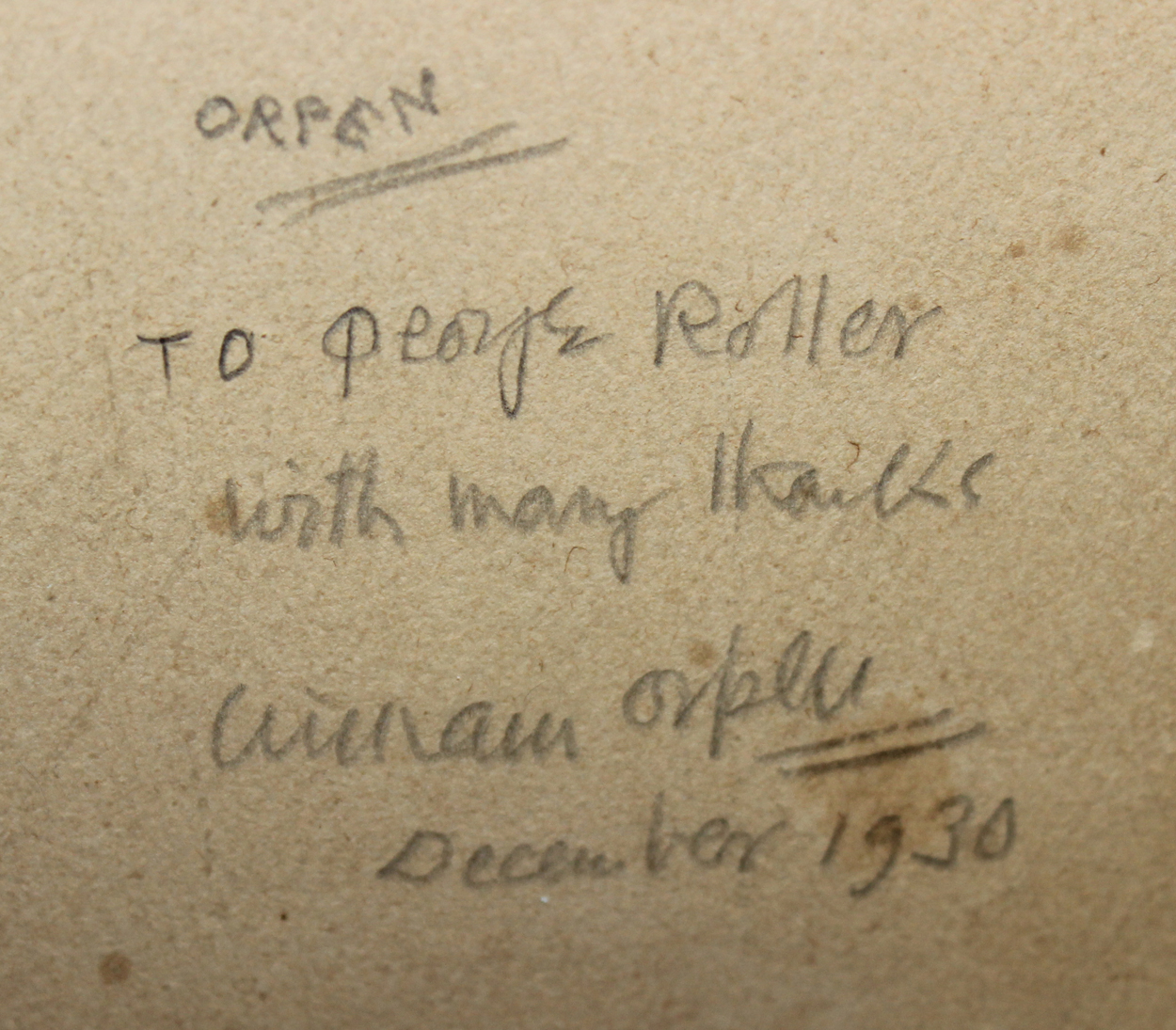 Inscribed: – ‘Orpen – To George Roller with many thanks. William Orpen, December 1930′.

Original study for The Holy Well which shows Orpen made a couple of changes on the final painted version.

Detail of The Holy Well by William Orpen.

‘The Holy Well’ is one of three major works produced by the artist during the period 1913-16 which, according to Bruce Arnold, “seem to summarise Orpen’s feelings and attitudes towards Ireland.” (Bruce Arnold, Orpen – Mirror to an Age. London, 19KI, page 289). In this work and ‘The Western Wedding’ (untraced, presumed lost). The other painting in this series is ‘Sowing New Seed’ (see below).

Orpen shows a symbolic interpretation of his native land, drawing on elements of Irish religion, morality, culture and manners. He took great pains in the preliminary stages for all three paintings, with the drawings and studies holding a more than usual importance for him. Sean Keating described the drawing style thus: “The drawings from which he painted the figures were done in lead pencil on smooth white paper, the tones rubbed in with a paper stump. Orpen greatly admired Ingres’ drawings whom he rather resembled in looks but in my opinion they are finer than Ingres’, the’ it’s considered heresy to say so.” (quoted by National Gallery of Ireland). 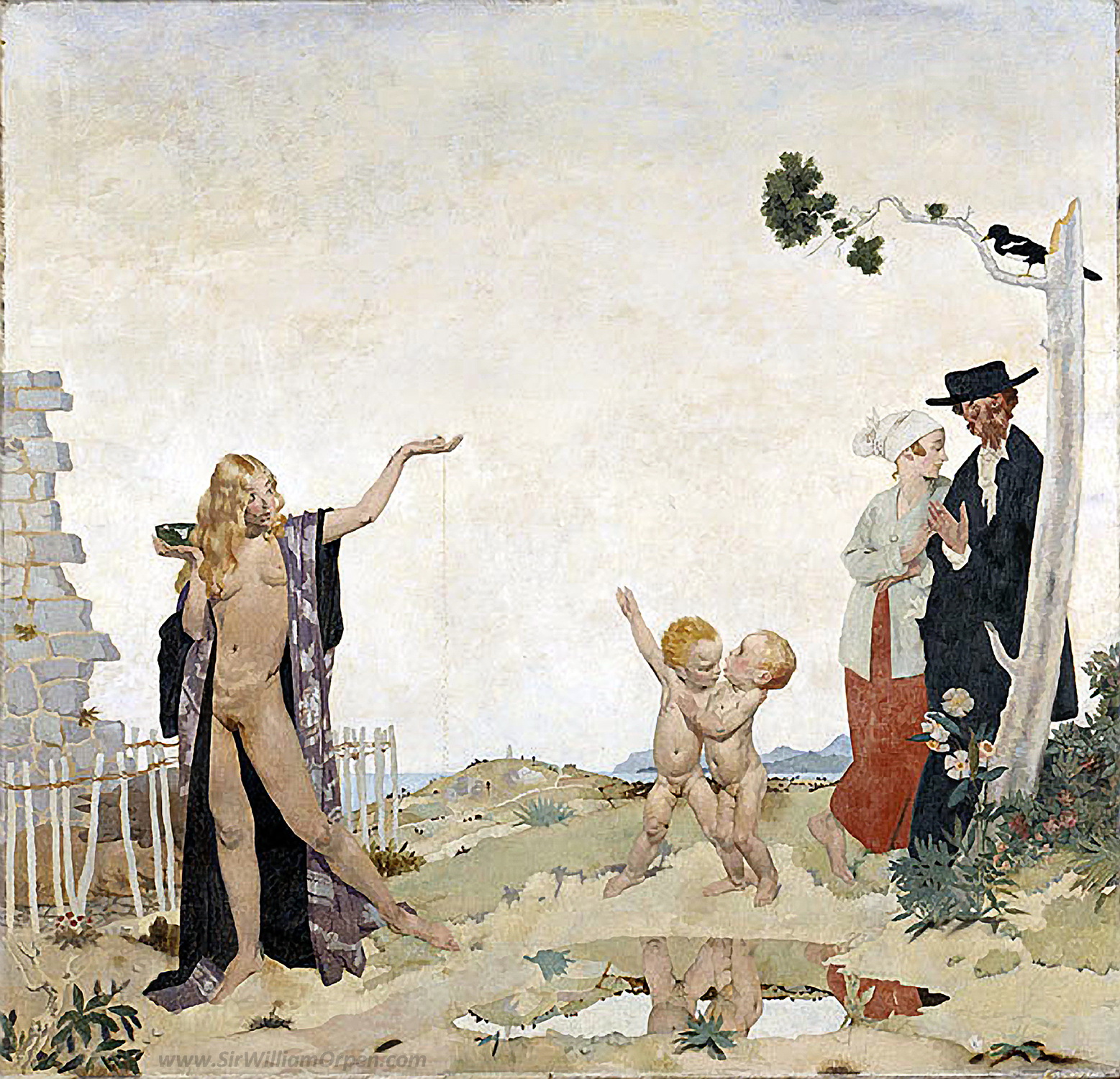 As mentioned above, Orpen gave the nude study to George Roller in 1930. Roller was an amateur artist whom would later turn professional, he was a picture restorer at the Royal Academy and possibly did some work for Orpen. Roller was also a friend and neighbour of John Singer Sargent (1856 – 1925) at Fairford and loaned him a house to stay for a while, traveling with Sargent on one (if not more) of his trips to the south of Europe. 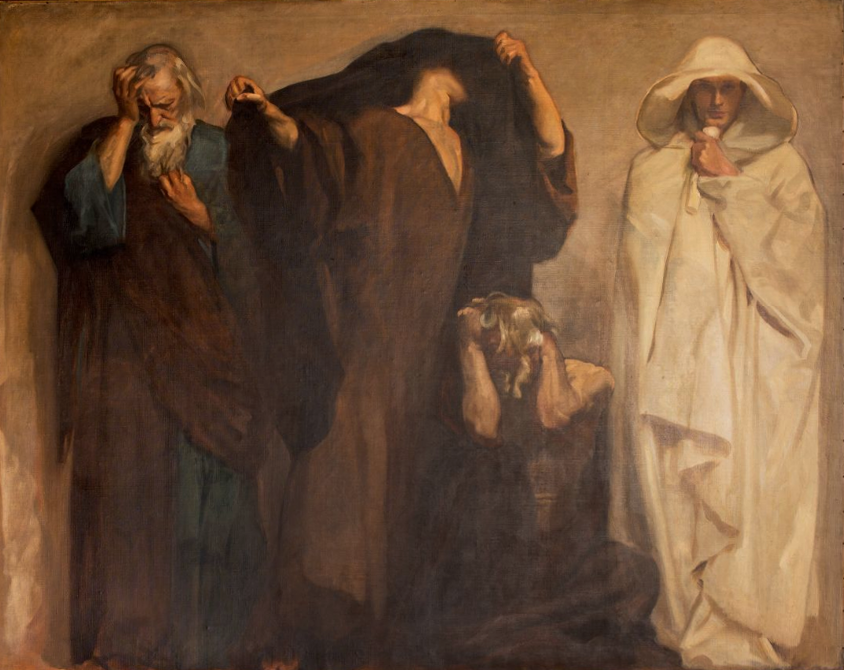 Here Roller models for Sargent (along with other friends) for ‘Frieze of Prophets’, (West Wall). Zephaniah, Joel, Obadiah and Hosea (from left to right) 1890–1895 by John Singer Sargent. Boston Public Library.

In 1910 Sargent painted “The Cashmere Shawl” and inscribed it to George Roller. 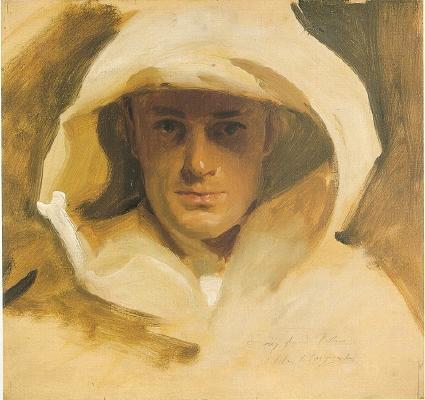 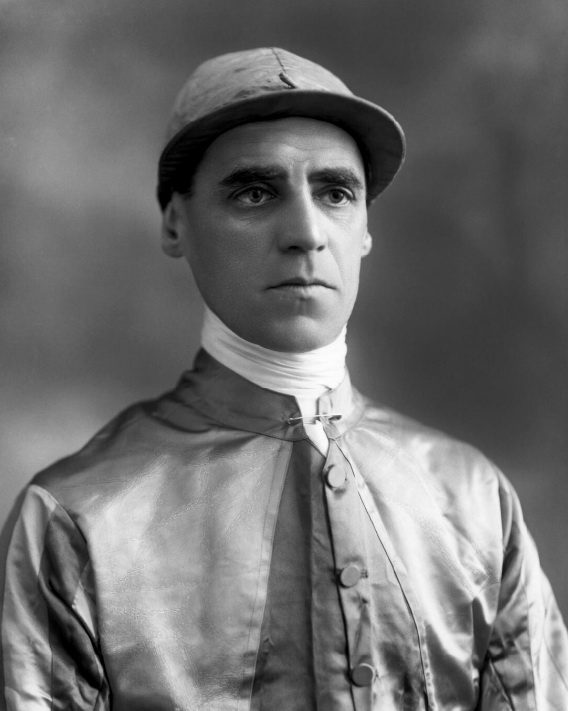 The jockey Joseph (‘Joe’) Childs, (1884–1958) rode a horse, the three-year-old, ‘Orpen’ to second place at Doncaster, St Leger Stakes, 9th September 1931. Named after the artist Sir William Orpen, the horse was owned by Sir John Rutherford, whom Orpen had painted in 1928.

Other studies for the Holy Well (not in this auction). 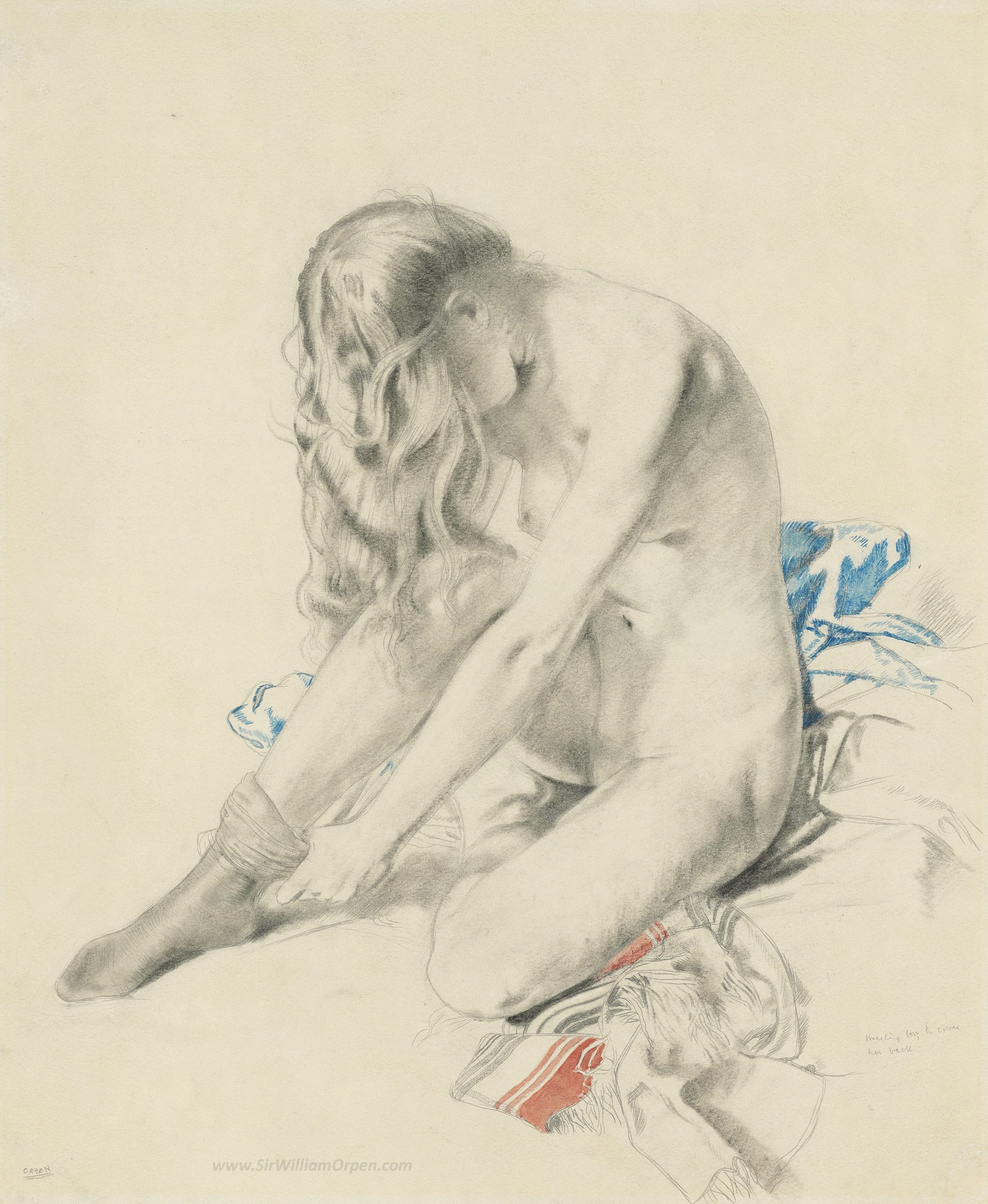 Study for Nude Pattern, The Holy Well by William Orpen. 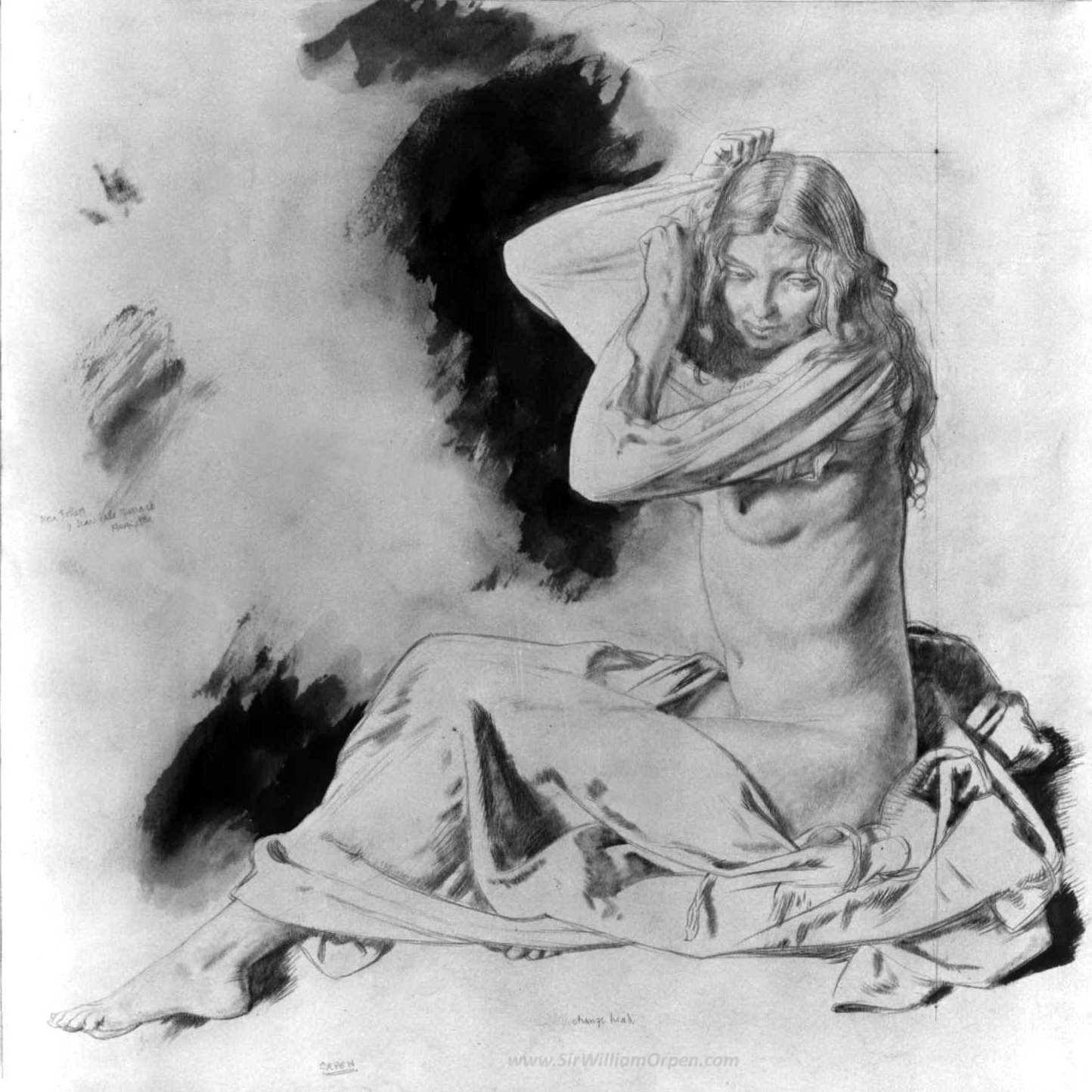 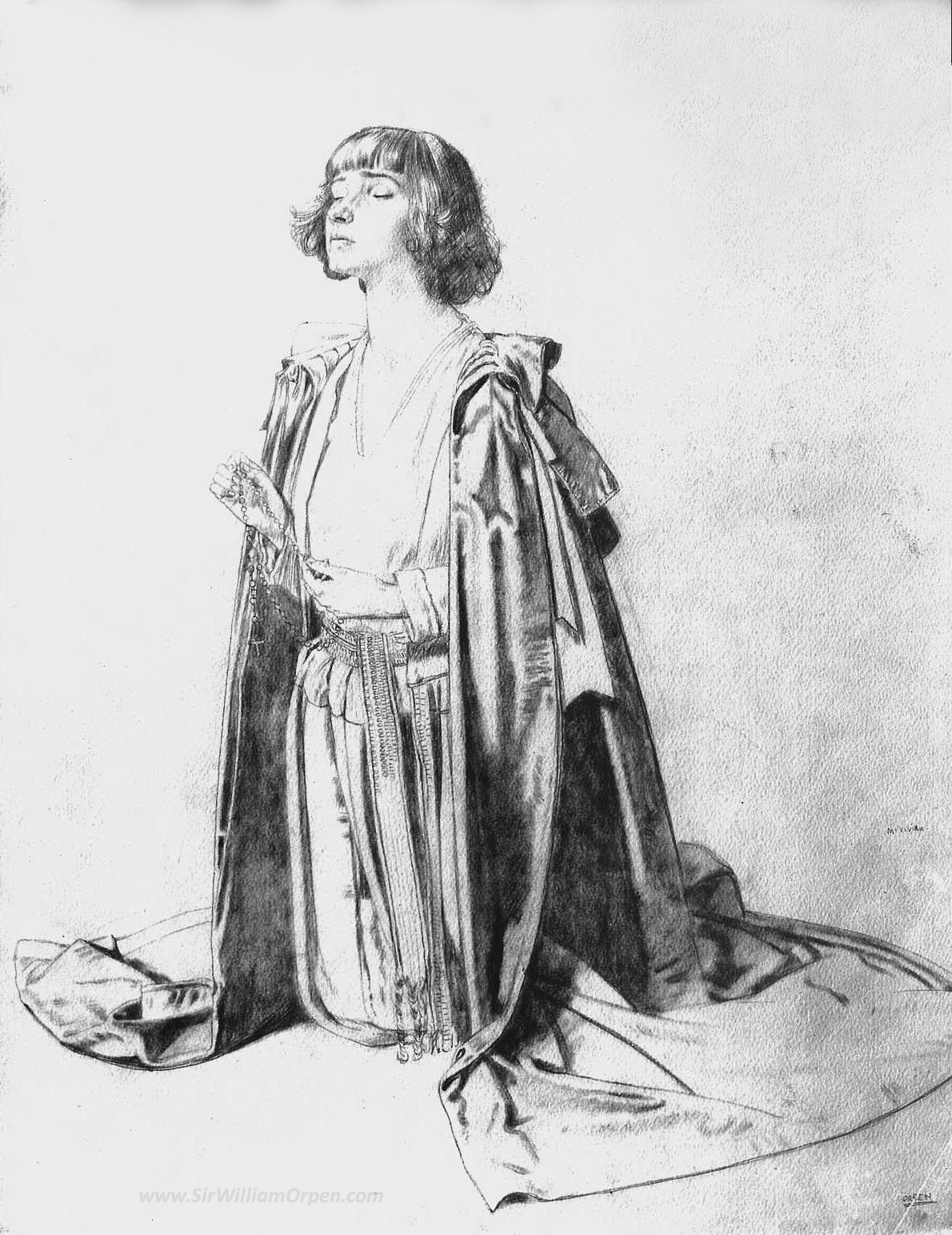 Study for The Holy Well – Woman Kneeling and Praying by William Orpen. 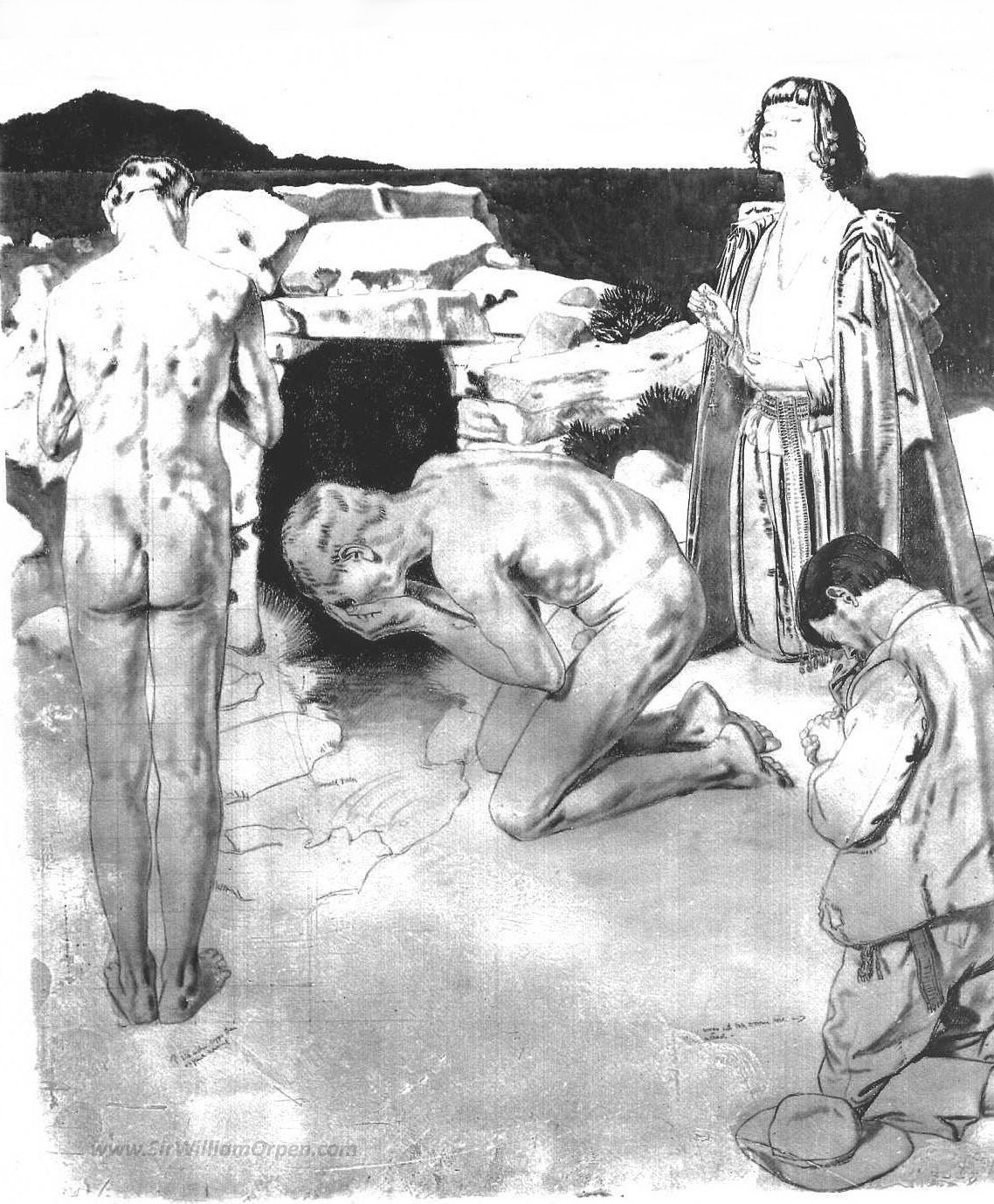 Study for The Holy Well – Four Figures at Well by William Orpen (1916). 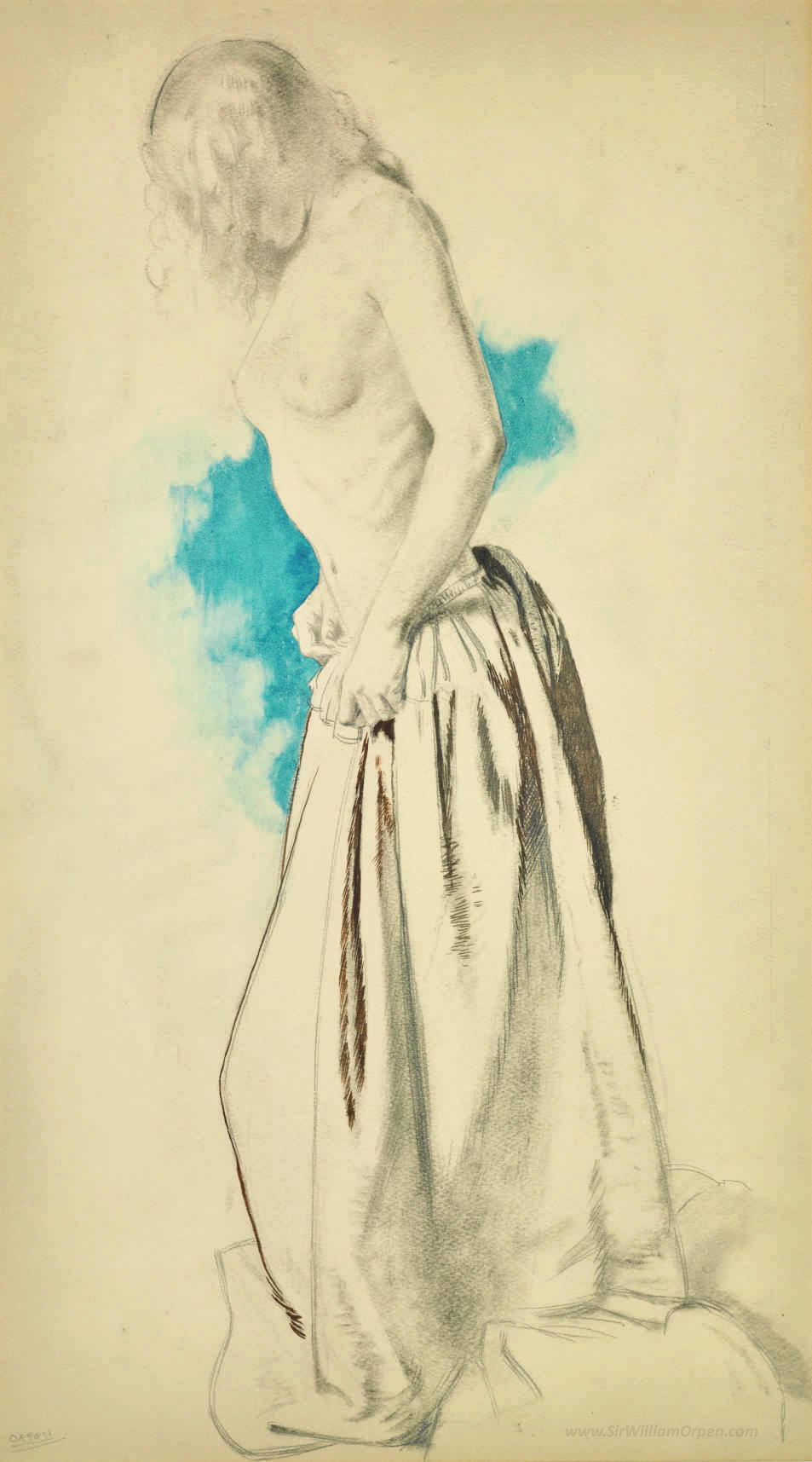