After painting the War and subsequent Peace Conference, Orpen remained in Paris in the early 1920s, maintaining a studio at the Hotel Majestic. This allowed him to take advantage of the many Americans holidaying in Europe in the wake of the Peace. He needed the commissions to rebuild his portrait practice, and retrieve his financial situation, as whilst an Official War Artist, his only source of income was his major’s pay. He also had the added expense of maintaining studios in London and now Paris, whilst still having to provide for his growing family. The Drums were just such an American family, and Orpen was commissioned to paint both the mother for £1500 (Portrait of Mrs Geogiana Alice Drum), and the son (Master John S. Drum, Junior), for a further £500.

This portrait of Mrs Georgiana Alice Drum, (nèe Spieker) (1881-1953), along with one of her son, was painted by Orpen, sometime between May and September 1920, in the artist’s studio in the Hotel Majestic in Paris, whilst mother and son were visiting Europe. According to Mrs Drum’s passport applications, made in March of that year, they both  intended to travel on the ship “Imperatore” departing New York, 1st May 1920, in order to “visit France, the British Isles, Switzerland and Italy for Educational purposes”. She would have been thirty-eight years old at that time. They returned on the ship, “S.S. Olympic”, departing Cherbourg, 29th September 1920 arriving New York, 6th October 1920, just in time to celebrate her thirty-ninth birthday on October 23rd. There is no indication that her husband accompanied them on their European adventure, and he certainly did not travel back with them. 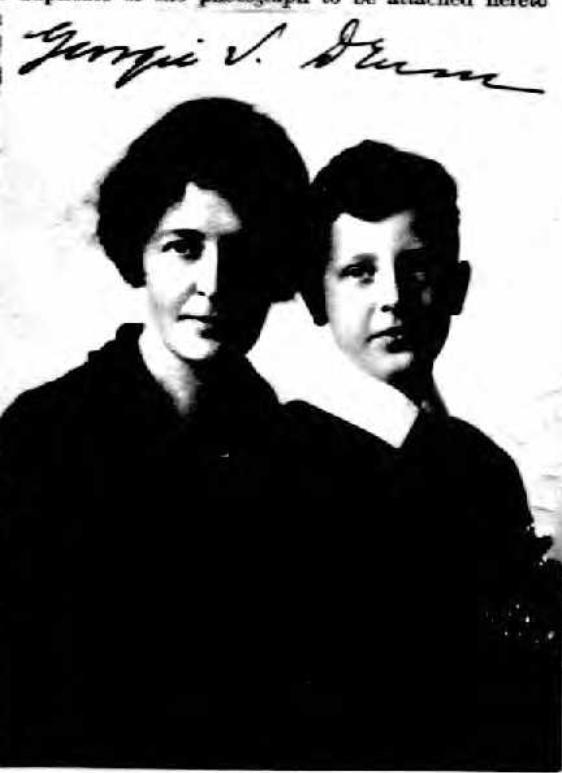 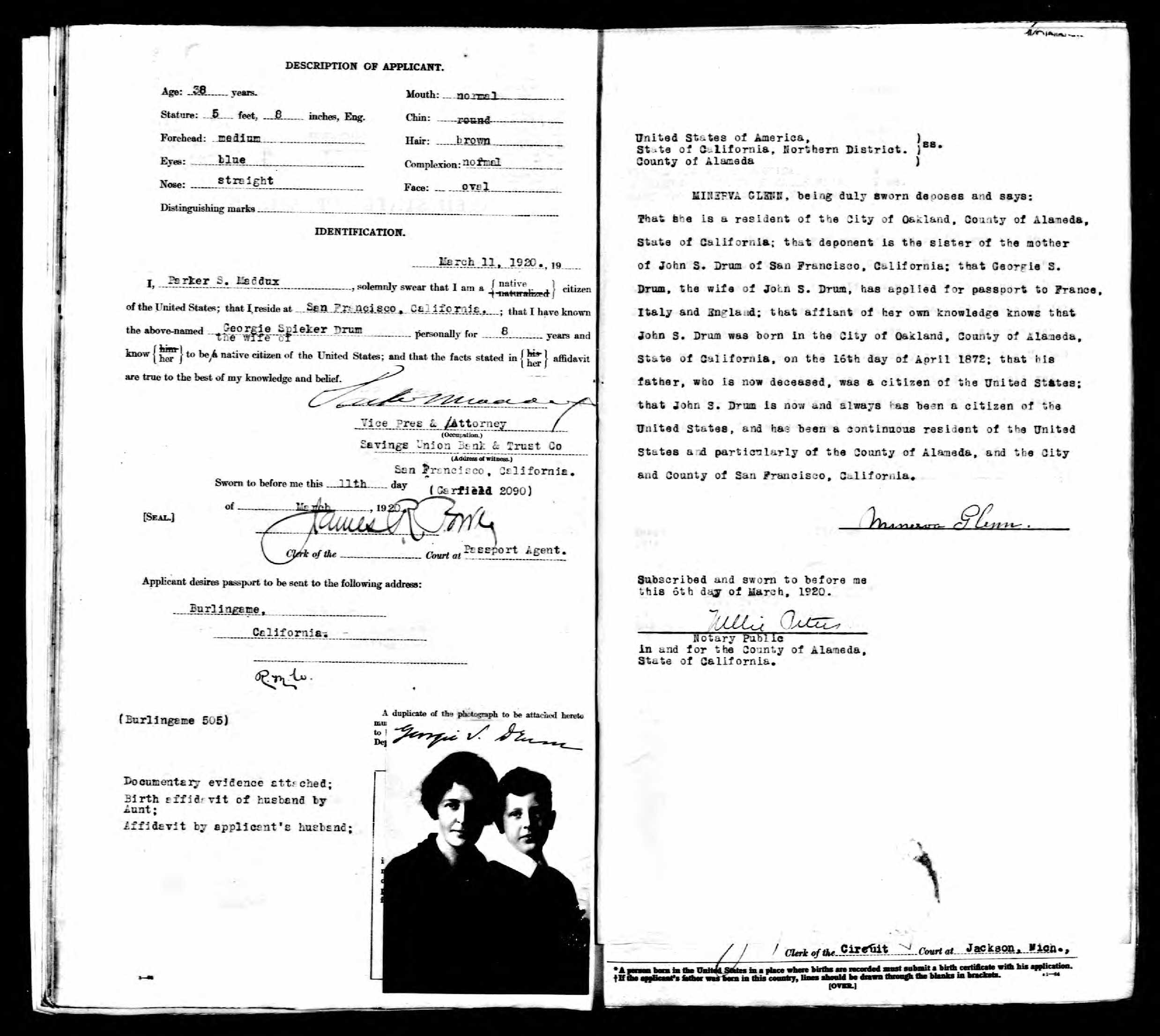 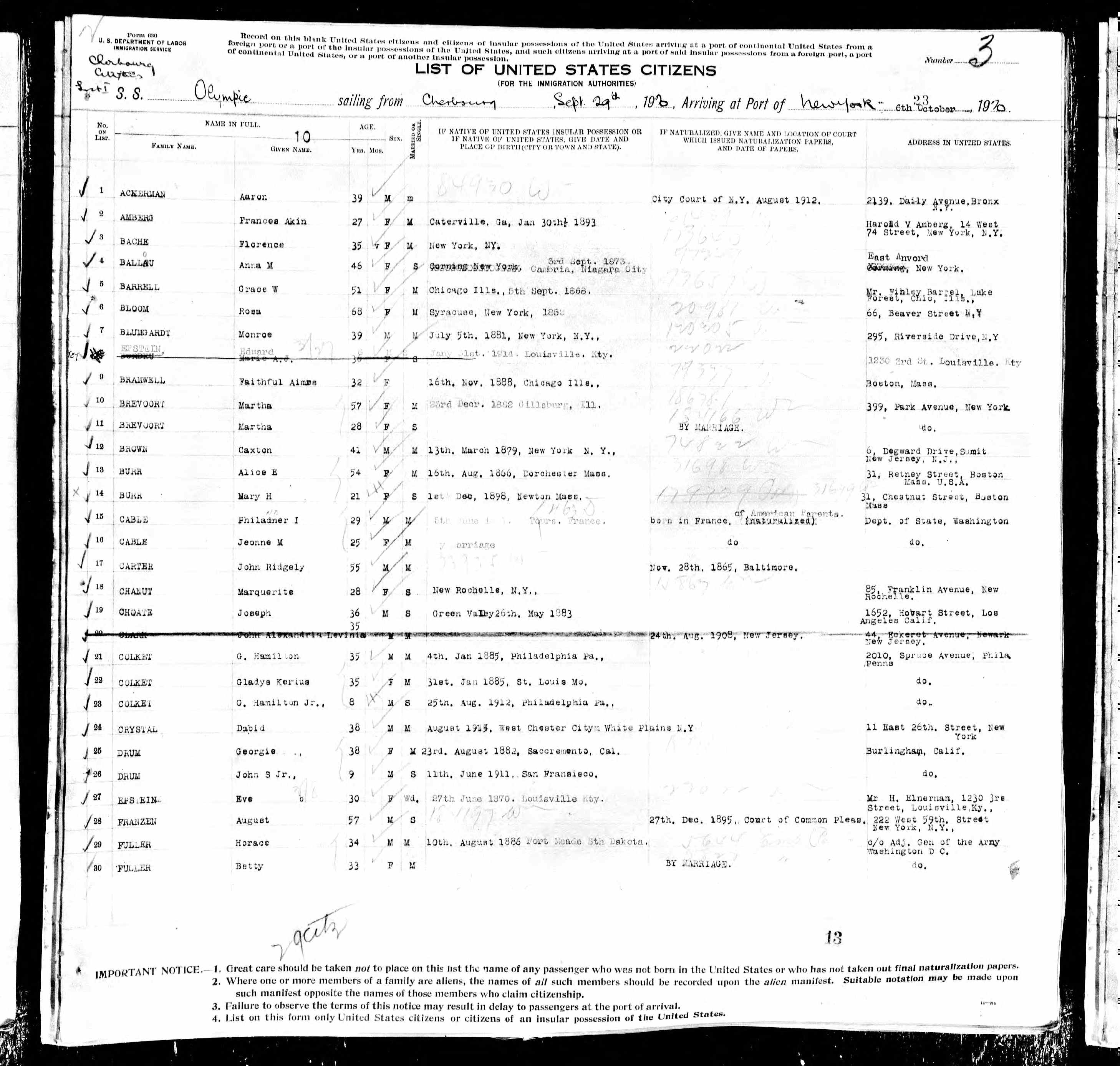 Orpen was generally neither enamored, nor inspired by the ladies’ fashion of the 1920s, so when he got the opportunity, he would revel in the more colourful and intricate costumes of some of his wealthier female sitters – the female equivalent to the rich robes of lords, bishops, judges, and academics that he so loved to paint. Like such portraits as, Mrs Ruby Melville (1920). 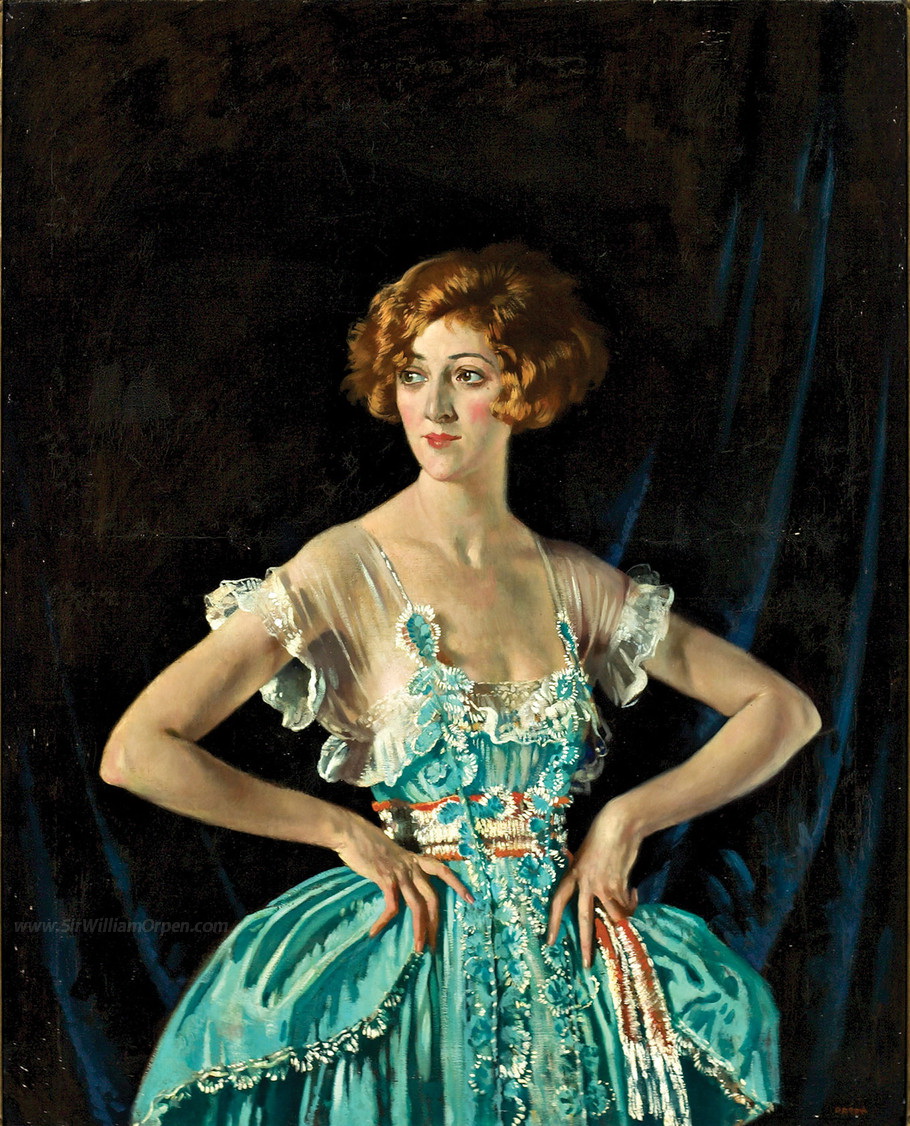 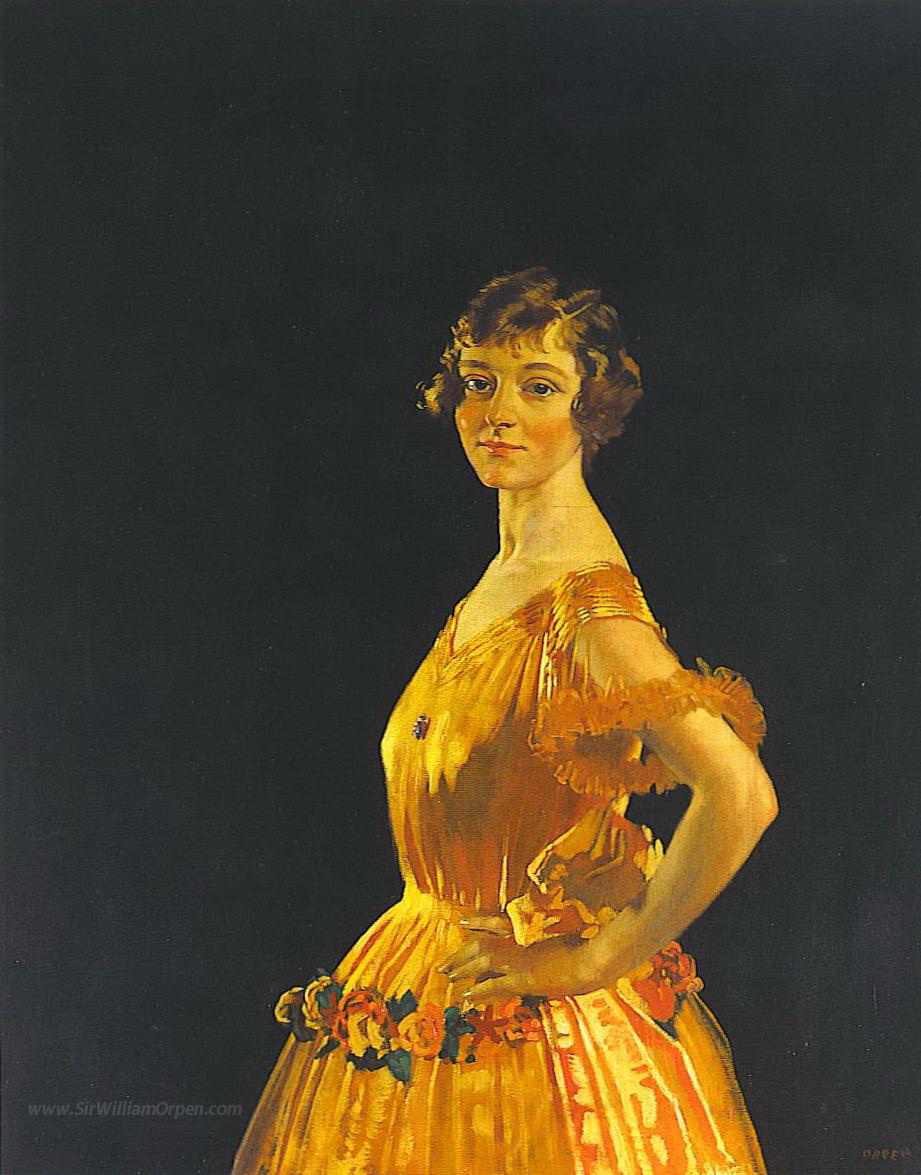 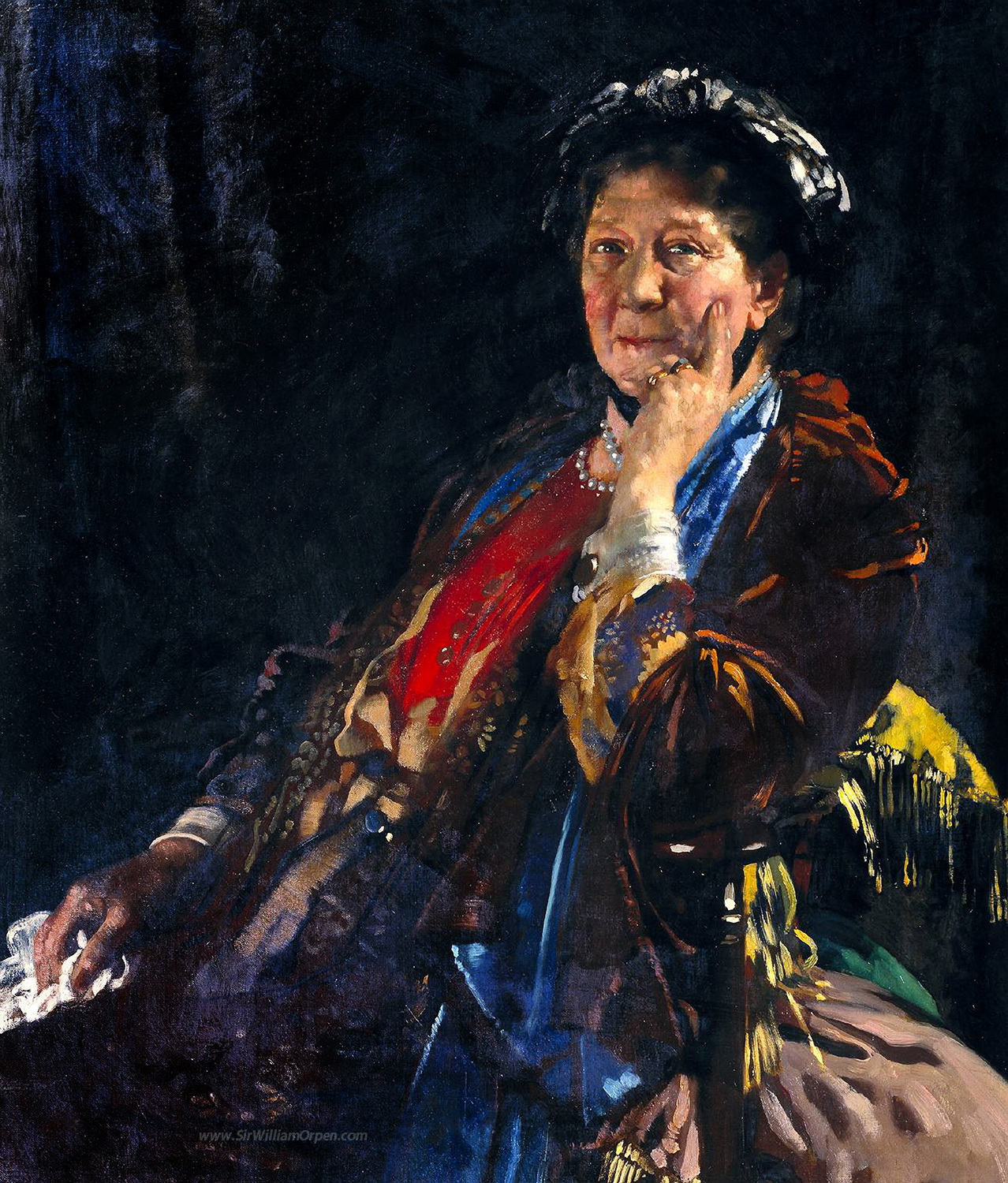 Her father, regarded as a pioneer in the Bay Area, was identified with the high social, philanthropic and culture of San Francisco. Although a druggist, in the early 1900s, he became the president of the Eureka Land and Lumber Company in Ross Valley near San Francisco. The 1910 Federal Census, listing him as a manufacturer of lumber products in San Francisco. He died in 1912 in San Francisco, after which his wife took over the running of the business.

Whilst the Drums based their principle residence in the San Francisco Bay area, including Burlingame, Hillsborough, and central San Francisco, Georgie also spent much of her time at her Lake Tahoe summer home. The Drums originally purchased the lakefront property in 1923. Located on the west shore of Lake Tahoe, in Meeks Bay, the property is wrapped around a crescent of shoreline that the Drums christened “Chinkapin Cove.” Georgie was responsible for commissioning notable San Francisco architect G. Albert Lansburgh to build the home, which was titled “The John S. Drum Chalet”. Lansburgh also designed the Drum’s primary residence in San Francisco. The Drum family owned the Lake Tahoe property from 1923 to 1961, when it was sold by John S. Drum, Junior, to Erik Jonsson (1901-1995), ex-mayor of Dallas and founder of Texas Instruments. 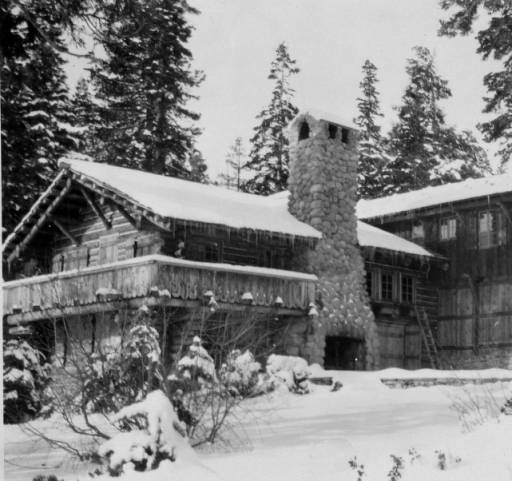 The Drums were famous for their parties at the property. One guest of note was Charles Lindbergh who, while visiting in the summer 1928, the year after his historic flight, rescued three female ‘Lindbergh admirers’ from their sinking boat just offshore, making local headlines. The unfortunate incident was caused by wash created by the Drum’s power boat, ‘Pueblo’, when both Georgie’s husband, and Lindbergh, were on board. Happily, the young women were no worse for their encounter, receiving an apology from the great aviator, and having the thrill of getting up close to him. 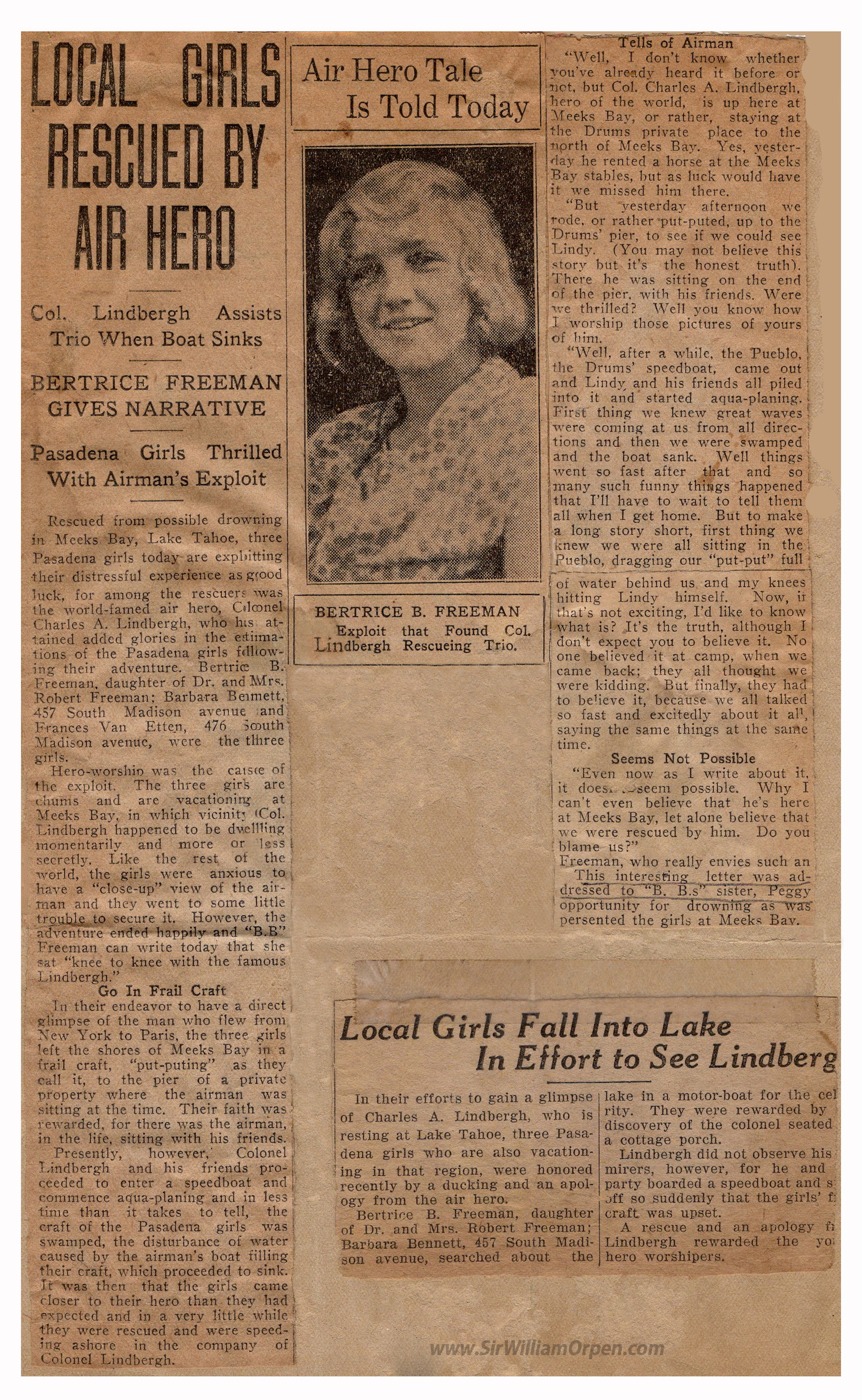 Georgie died at her Hillsborough home, on 21st July 1953, aged 71, and is buried along with her husband and son in Holy Cross Cemetery, Colma, San Mateo County, California, US.

This portrait of Master John S. Drum, Junior (1911-1969), along with one of his mother, Mrs Georgiana Alice Drum, (nèe Spieker) (1881-1953), was painted by Orpen, sometime between May and September 1920, in the artist’s studio in the Hotel Majestic in Paris, whilst mother and son were visiting Europe. According to his mother’s passport application, made in March of that year (he was traveling on her passport), they both  intended to travel on the ship “Imperatore” departing New York, 1st May 1920, “in order to visit France, the British Isles, Switzerland and Italy for Educational purposes”. He celebrated his ninth birthday whilst on the trip. They returned on the ship, “S.S. Olympic”, departing Cherbourg, 29th September 1920, arriving New York, 6th October 1920. There is no indication that his father accompanied them, and certainly did not travel back with them.

Although Orpen would have relished the challenge in reproducing the luminosity of the blue gown worn by Mrs Drum, Master Drum was a totally different prospect. Orpen never particularly liked painting commissioned child’s portraits, and, did relatively few of them. The dimensions of the work are much smaller than Mrs Drum, which would partly reflect the much lower price. For all that, Orpen succeeded in producing a fascinating and interesting result – a contrast to the earlier child portrait of Master Andrew Spottiswoode (1911), (Illustrated in Celtic Splendor, Pyms Gallery, London, 1985, Number 23, page 61). 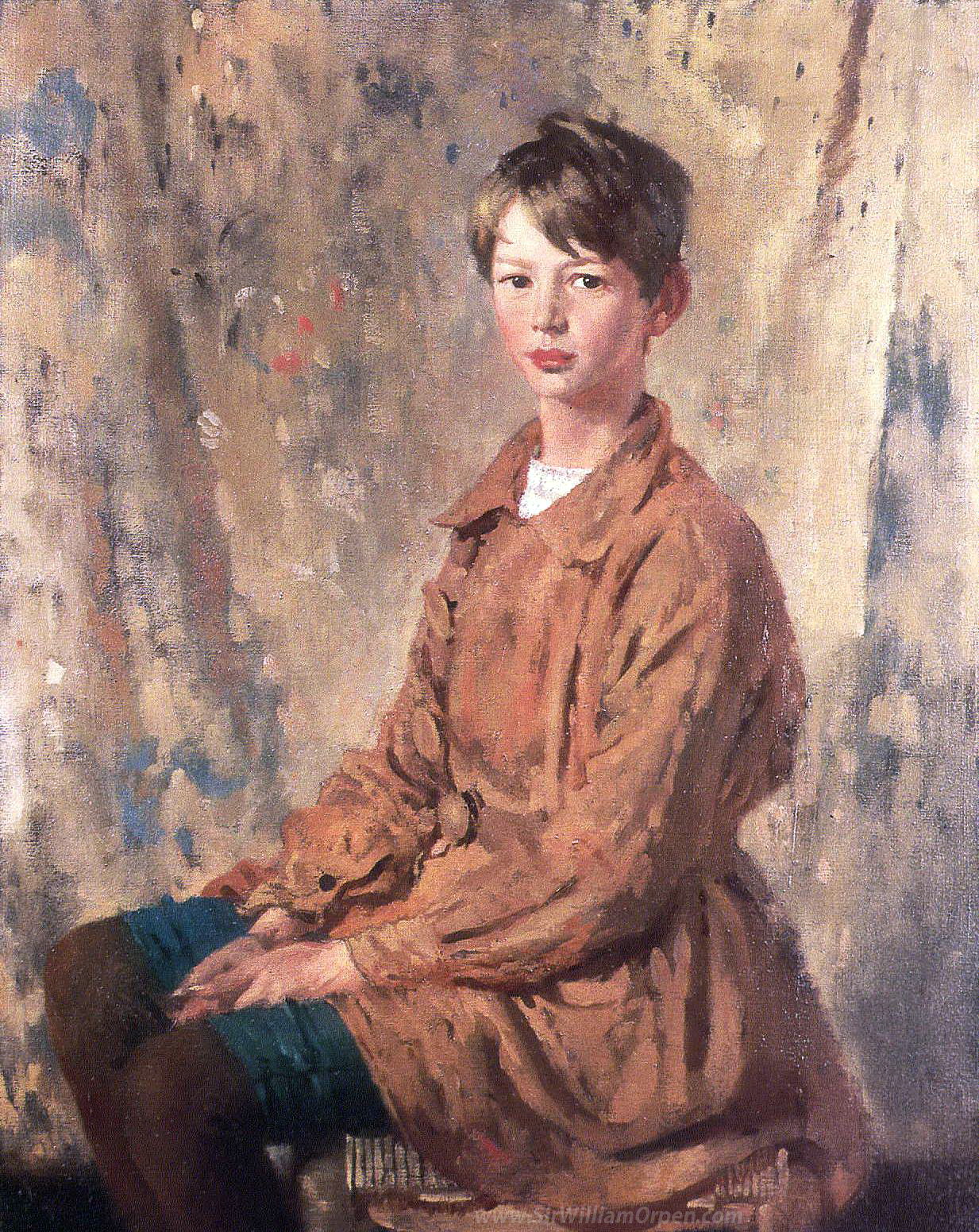 In the Spottiswoode commission, Andrew’s informal clothing and hairstyle is offset against his striking pose, bolt upright and formal, whereas with Master Drum the reverse is the case. Here we see the sitter in very formal attire, high white collar, tie, and suit, but the pose is more relaxed as he leans slightly forward causing his buttoned jacket to lightly bulge. In both cases Orpen set the sitters against unconventional backdrops. No doubt he felt he had a certain freedom with child portraits in this regard. Orpen found such incongruities amusing, and their introduction into the works would assuredly help maintain his interest, with intriguing results.

His father, John Sylvester Drum (1872-1957), was a prominent attorney, and banker, who served as president of the American Trust Corporation as well as president of the American Bankers Association, and sat on the boards of Pacific Gas & Electric and the Yosemite Valley Railroad Company. His early fame accrued from his legal representation of several prominent San Francisco and Oakland clients, and was further spread in 1906, when he was appointed to manage supplies for those stricken by the San Francisco Earthquake and Fire. In 1929, he was made a Knight of Malta, the most distinguished decoration of laymen conferred by the Roman Catholic Church, by Pope Pius XI, for his church. His mother, Mrs Georgiana Alice Drum, (nèe Spieker) (1881-1953), was a socialite, and daughter of another early California merchant family. Johnnie was their only child.

The Drums were noted for their colourful parties on the on the San Francisco Bay Peninsu­la, where they had their principal residence, and at Lake Tahoe, where they had their summer retreat. A member of the Burlingame Country Club, Johnnie also made full use of the Lake Tahoe estate, called Chinkapin Cove, during his lifetime, spending the summers of his young manhood much involved in the Tahoe scene. He would also continue his parents’ long family party tradition. 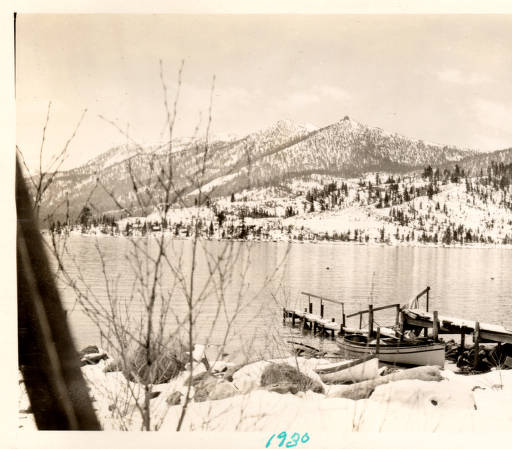 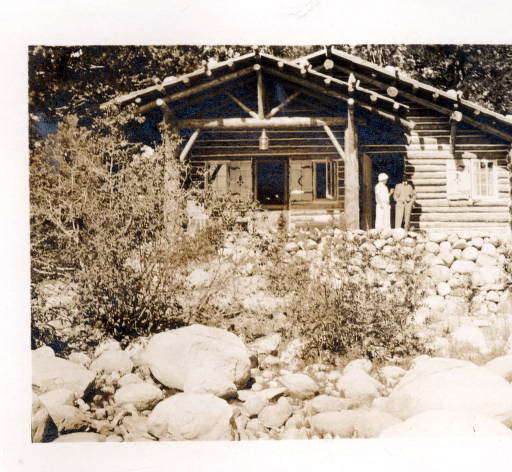 Photo of the Drum log cabin and the view.

A graduate of Harvard College, he attended Groten School in Groten, Massachusetts. By 1940, he was living in New Jersey and was a partner in a firm involved with the fruit manufacturing industry. Among others, he was an assignee for a patent regarding apparatus for freezing packaged products. During World War II, he served in the Army and was discharged a major.

Later Johnnie worked in real estate invest­ments. He was a prominent supporter of the arts, and, was on the board of Patrons of Art and Music of the California Legion of Honor Museum, Lincoln Park, part of the Fine Arts Museums of San Francisco, US.

Johnnie died on 16th October 1969 in San Mateo, California, US (Age 58), after suffer­ing a heart attack at his Hillsborough home. 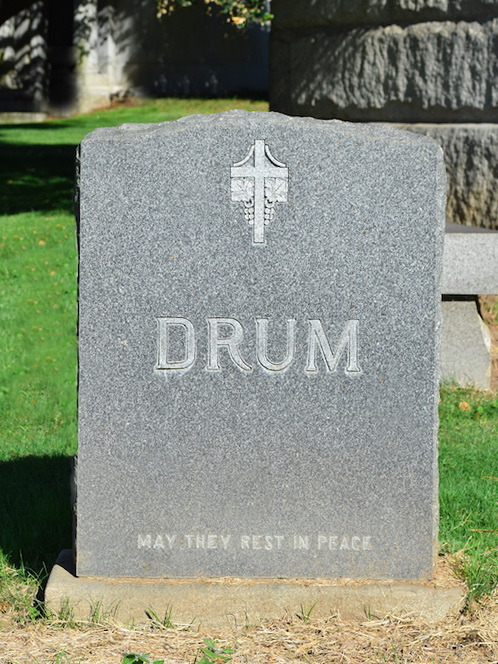 He is buried along with his parents in Holy Cross Cemetery, Colma, San Mateo County, California, US.