Masked Figures – After the Ball by William Orpen

Orpen’s view of ‘a time of debauchery’ in Venice for auction.

Studies for the painting (pictures below are not in the auction). 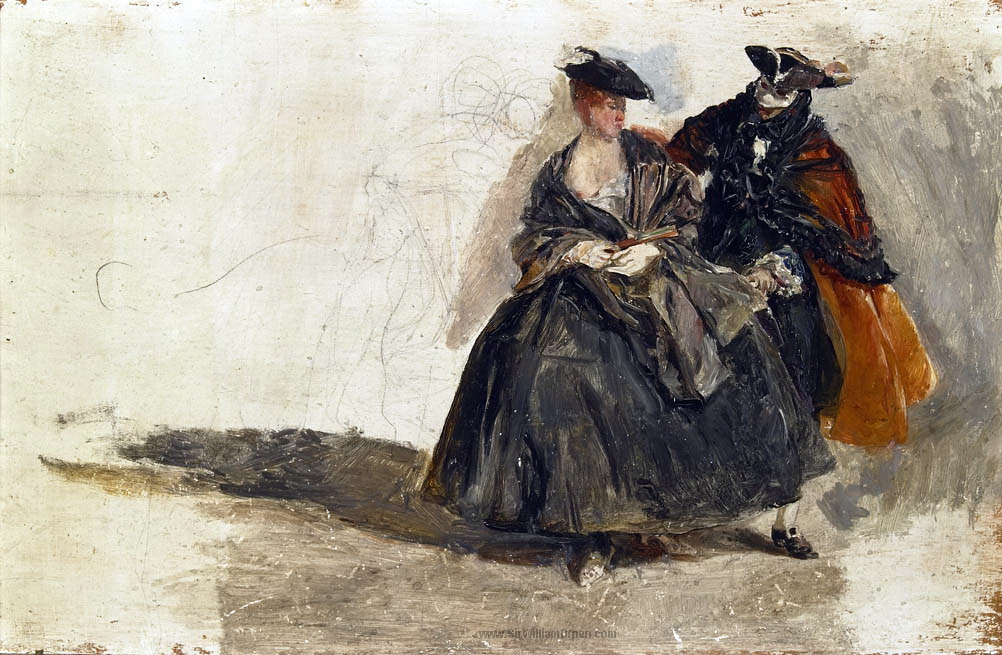 After the Ball study by William Orpen. 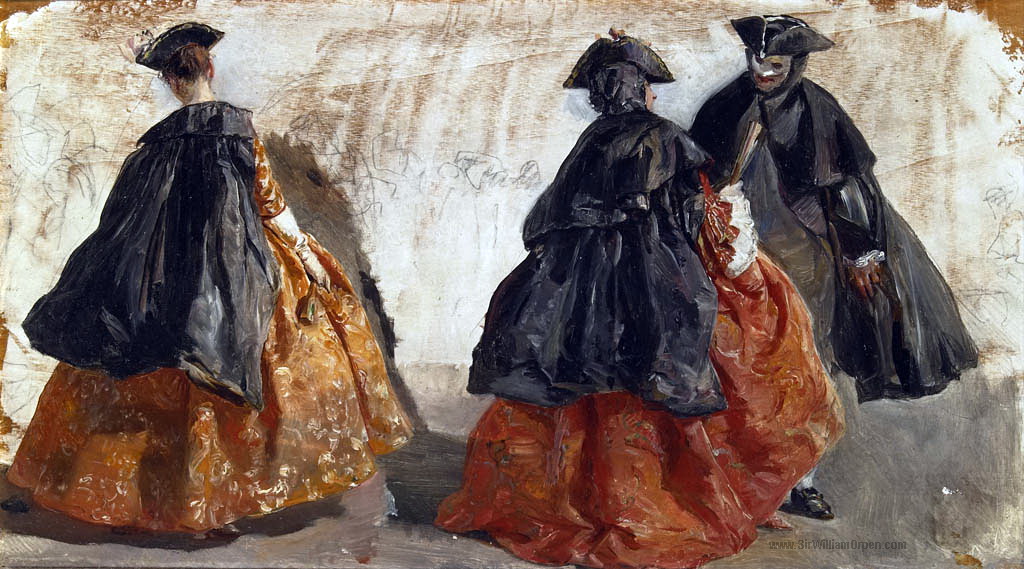 A second study by William Orpen (both in private collection). 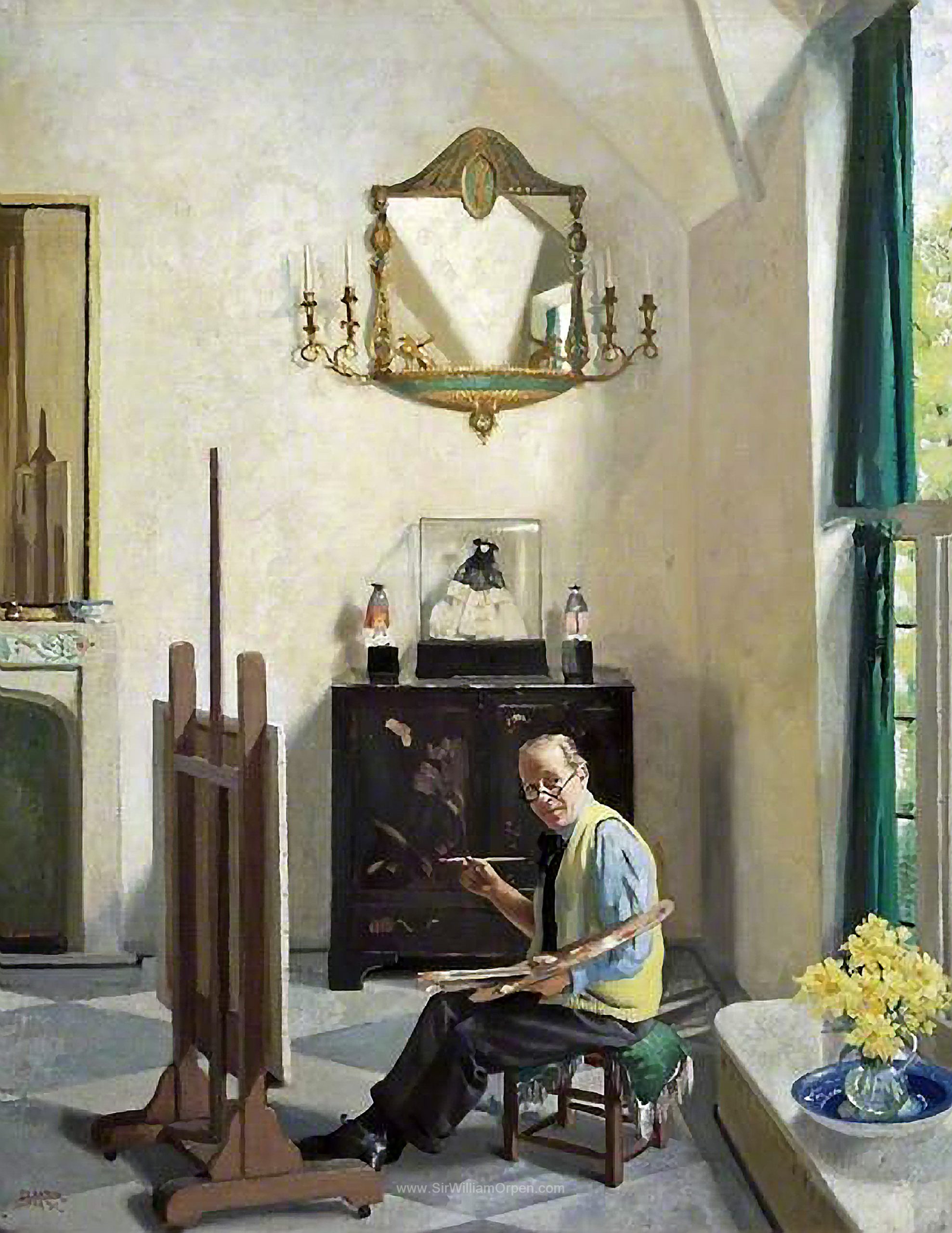 Sir William Orpen at work in his Chelsea studio by James Sleator R.H.A. (1886–1950). Note the masked figurines on the dresser behind Orpen. Possibly owned by Sir Hugh Lane or given to Orpen by him.

Study for After the Ball by William Orpen (Royal Academy of Arts).

For the cover Rory Guthrie, director of the house, has chosen After the Ball by one of the greatest war artists, Sir William Orpen.

In contrast to the death and decay that surrounded him capturing the anguish and agony of the first World War, the theme of this painting was lost on its viewers when it was first exhibited. It was the centrepiece of so-called British Art in Pittsburgh at the Carnegie International Exhibition and remained in the US until its current repatriation, according to art historian Professor Kenneth McConkey.

Though first described as “bits of fun” and drawing the crowds, it may have been its size that first caught the attention of reviewers. In fact, what is on display inside its 5ft x 4ft frame is a post Carnival scene in Venice, where, in a moonlit courtyard after the ball, masked and costumed aristocrats are preparing for a night of assignations with a woman.

First established in 1296, to placate the peasants and to allow a time of debauchery to balance the forthcoming austerity of lent, Carnival allowed princes and paupers to mix under the veil of masks and costume, with religion, sex and social status concealed.

Though it was stopped for two centuries – initially by Napoleon in 1797 – until 1967, Orpen would have been familiar with and fascinated by the eroticism through his friend Charles Conder, who had produced the lithographs Carnival in 1905.

“This and the Roderic O’Conor pieces have great presence, as they were painted as showcase works for exhibition, and represent major works for these artists,” according to Guthrie, who has set an estimate of €140,000–€180,000 for what he terms the “National Gallery standard” of After the Ball.