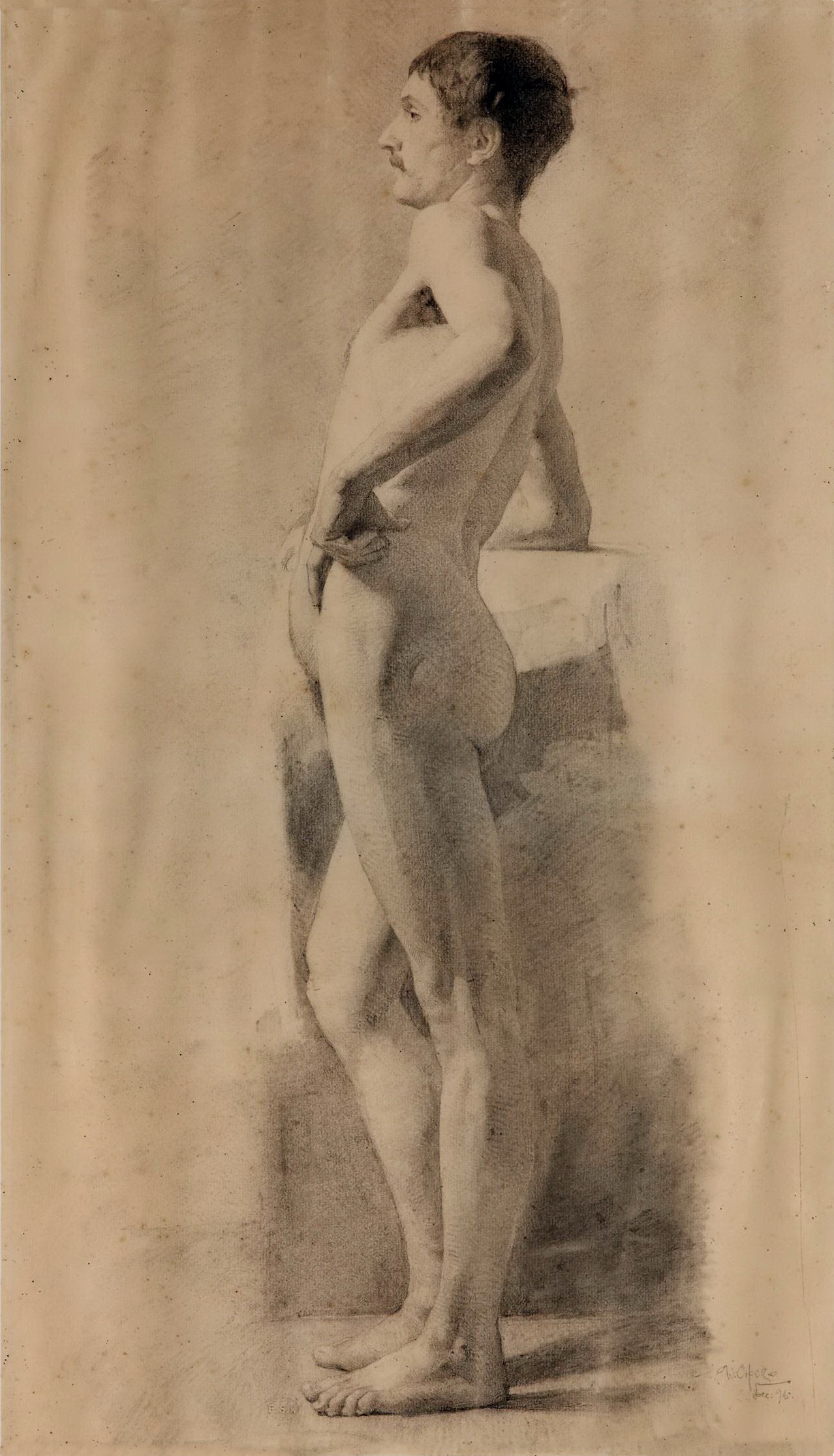 Executed in Orpen’s final year at the Metropolitan School of Art, Dublin, where he was the stand out pupil, the ESK blind stamp on the present drawing indicates ‘Examined South Kensington’. The South Kensington System was a national schools syllabus for the teaching of art across the country and Empire. It is likely that the present work was one of the three drawings Orpen submitted to the national schools prize that academic year, and for which he was awarded the Gold Medal.

Above text from Chiswick Auctions.

The de Montfort family by William Orpen from his book ‘Stories of Old Ireland and Myself’: –

“Fruit plays a large part of in my memories of childhood. I remember the next place ours was owned by people called de Montfort, and it contained two fine walled-in fruit gardens. The youngest son of the family, Archibald (now a clergyman), was my age and my closest friend. Sometimes we were allowed the ‘run’ of the gardens in the afternoon. I write ‘sometimes’ yet I never remember my friend asking leave of anyone. Yet he must, or surely otherwise we would have lived there all the fruit season and that I know (luckily for ourselves) we did not do.

We would commence our visits by eating hot peaches, plumbs and cherries from the wall trees, then turn our attention on currants, black, red and white. Then by this time we were usually feeling a bit heavy, we would throw ourselves under the branches of a gooseberry bush and ‘gorge’ till our stomachs could hold no more.

I remember well the pain and tribulation of getting home again and having to pretend to eat my supper. Ah! They were gala afternoons there”.

The De Monfort family lived in Glensavage, Stillorgan. I took the following photos before the house was demolished for a new development. 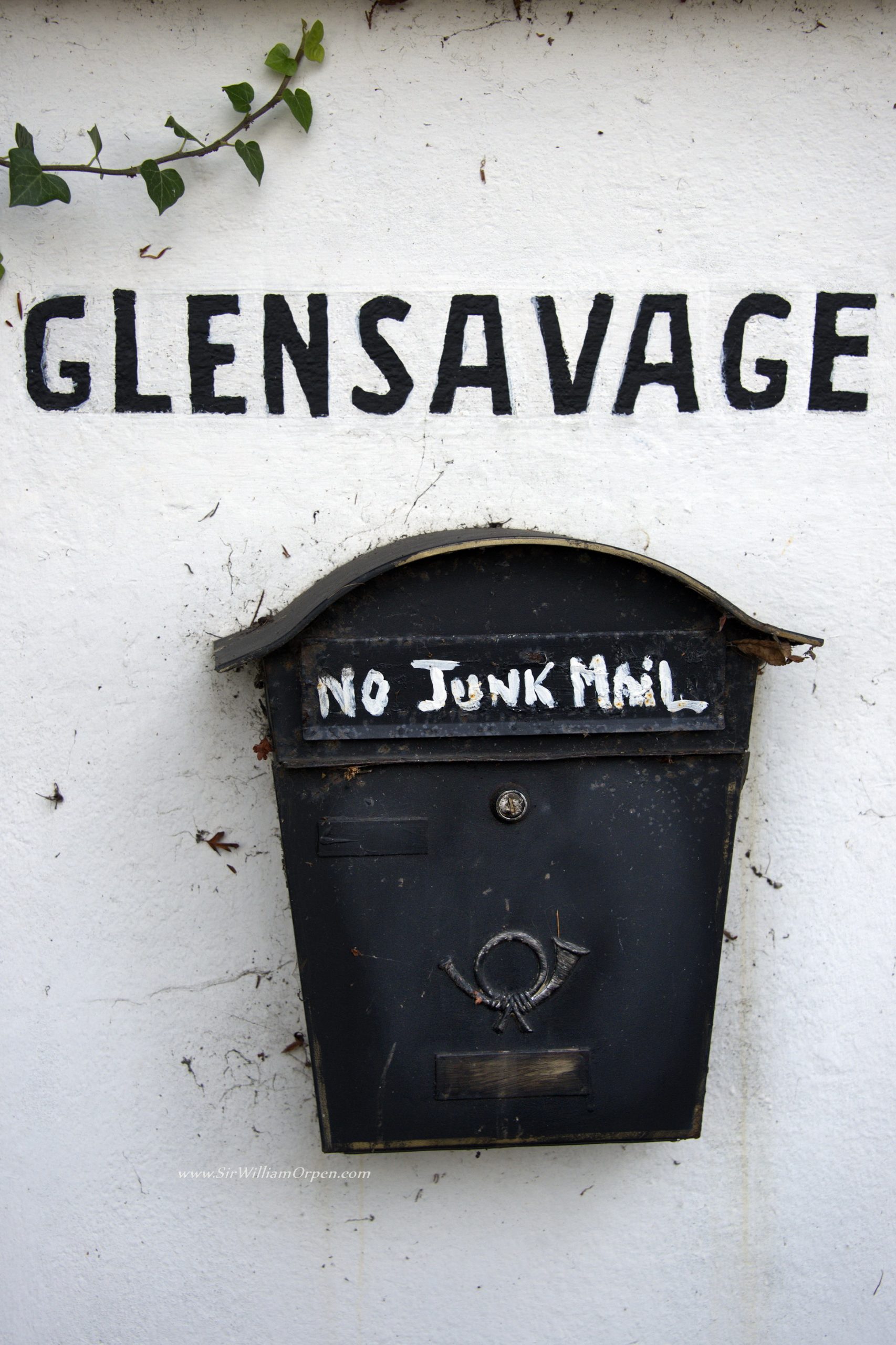 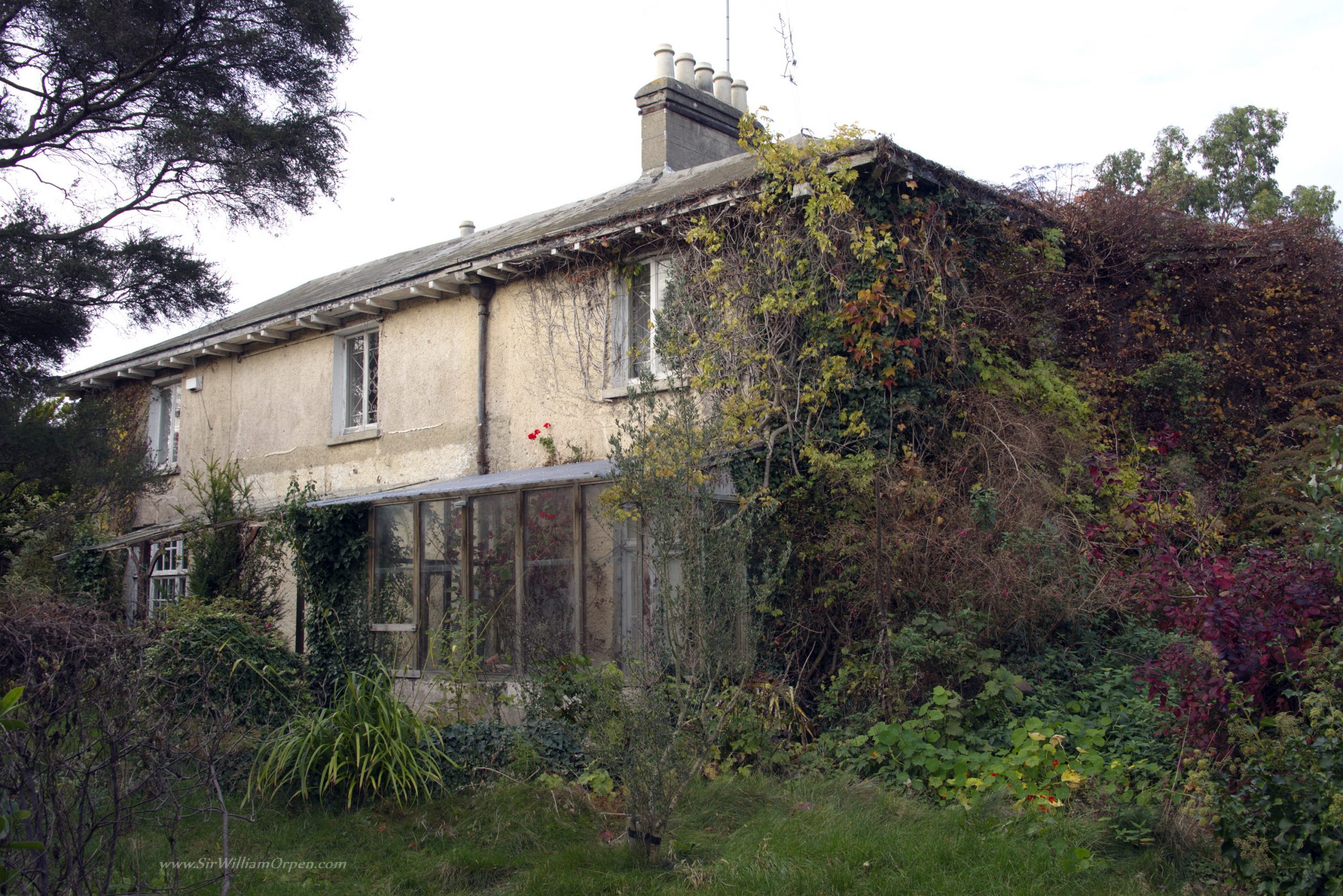 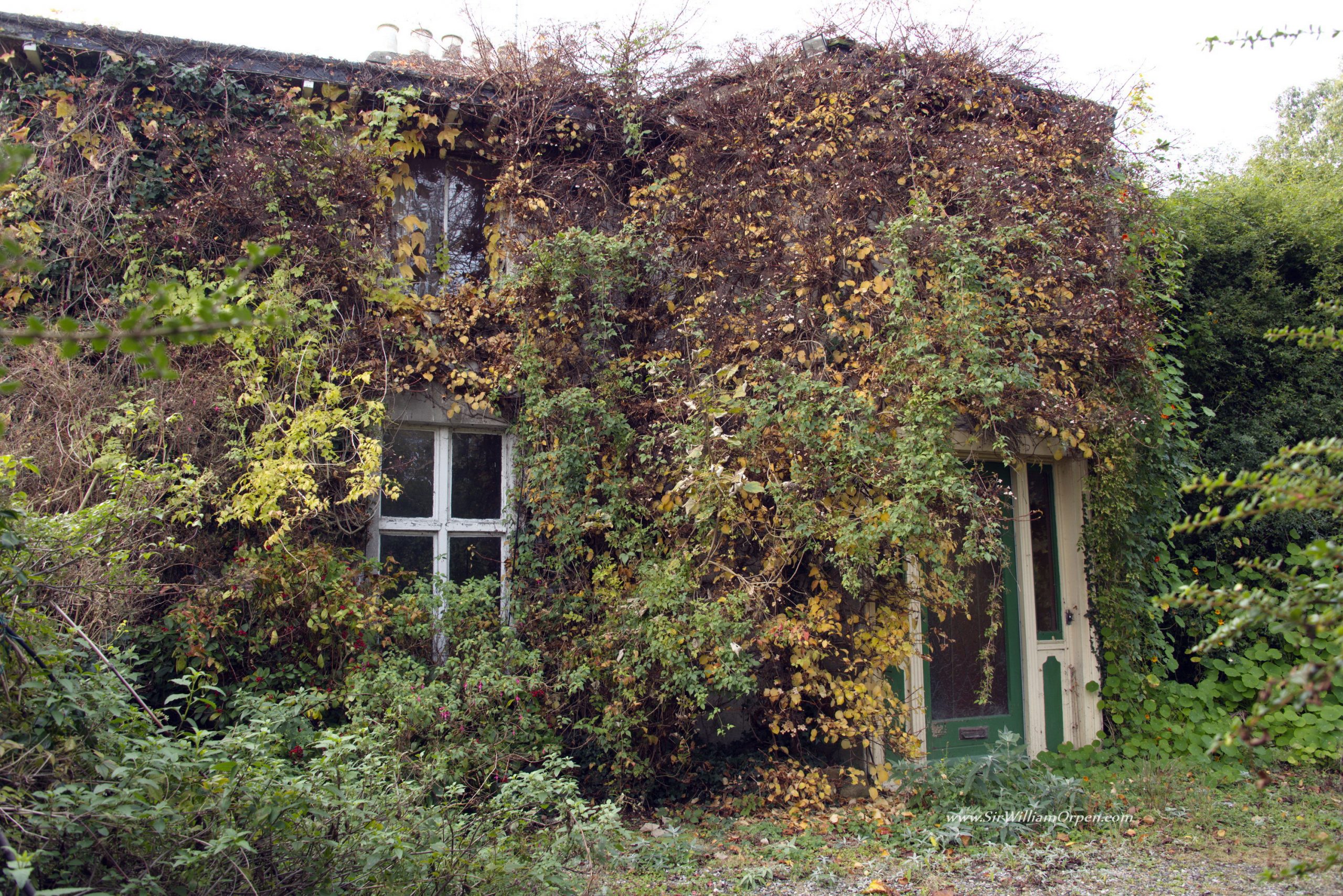 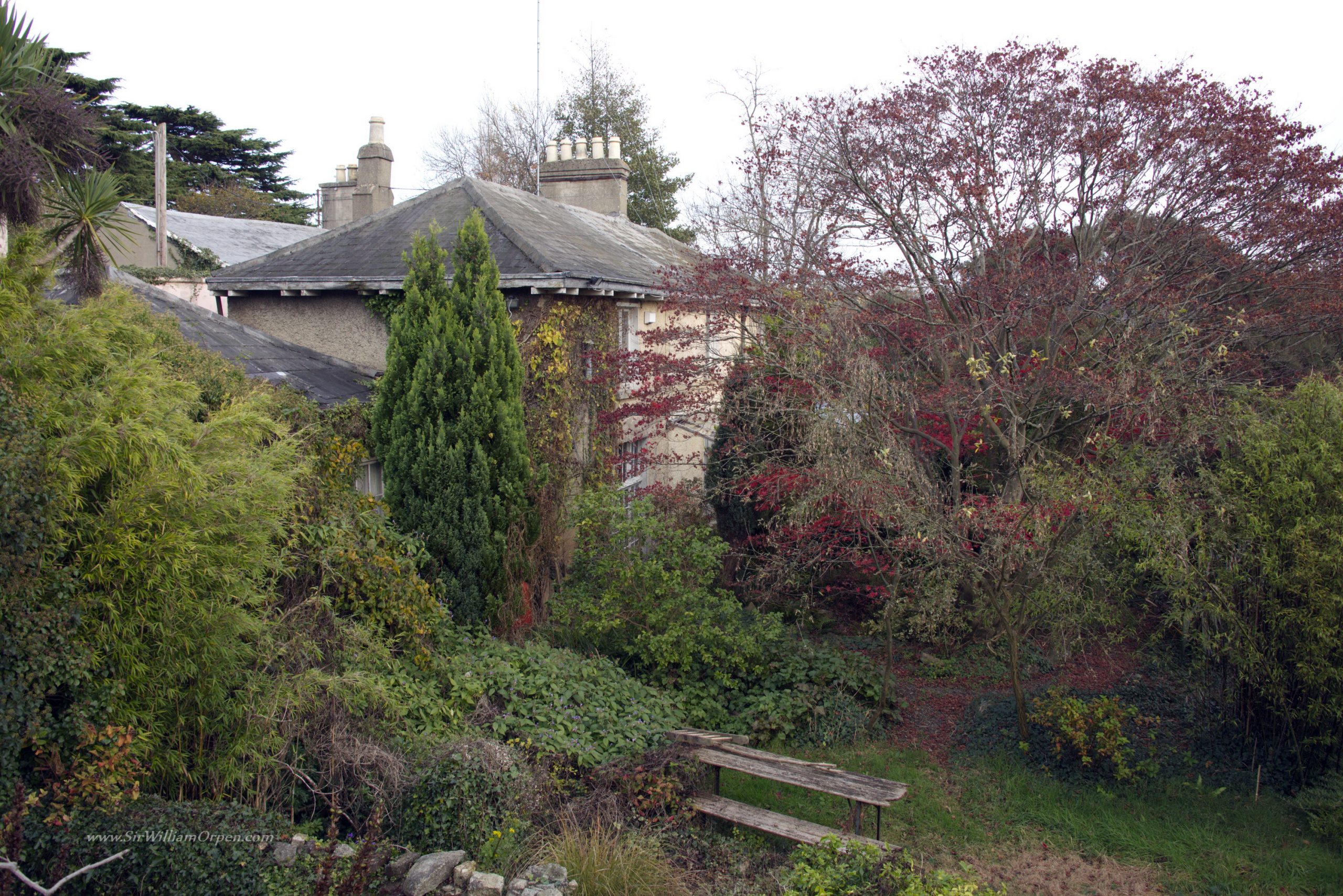 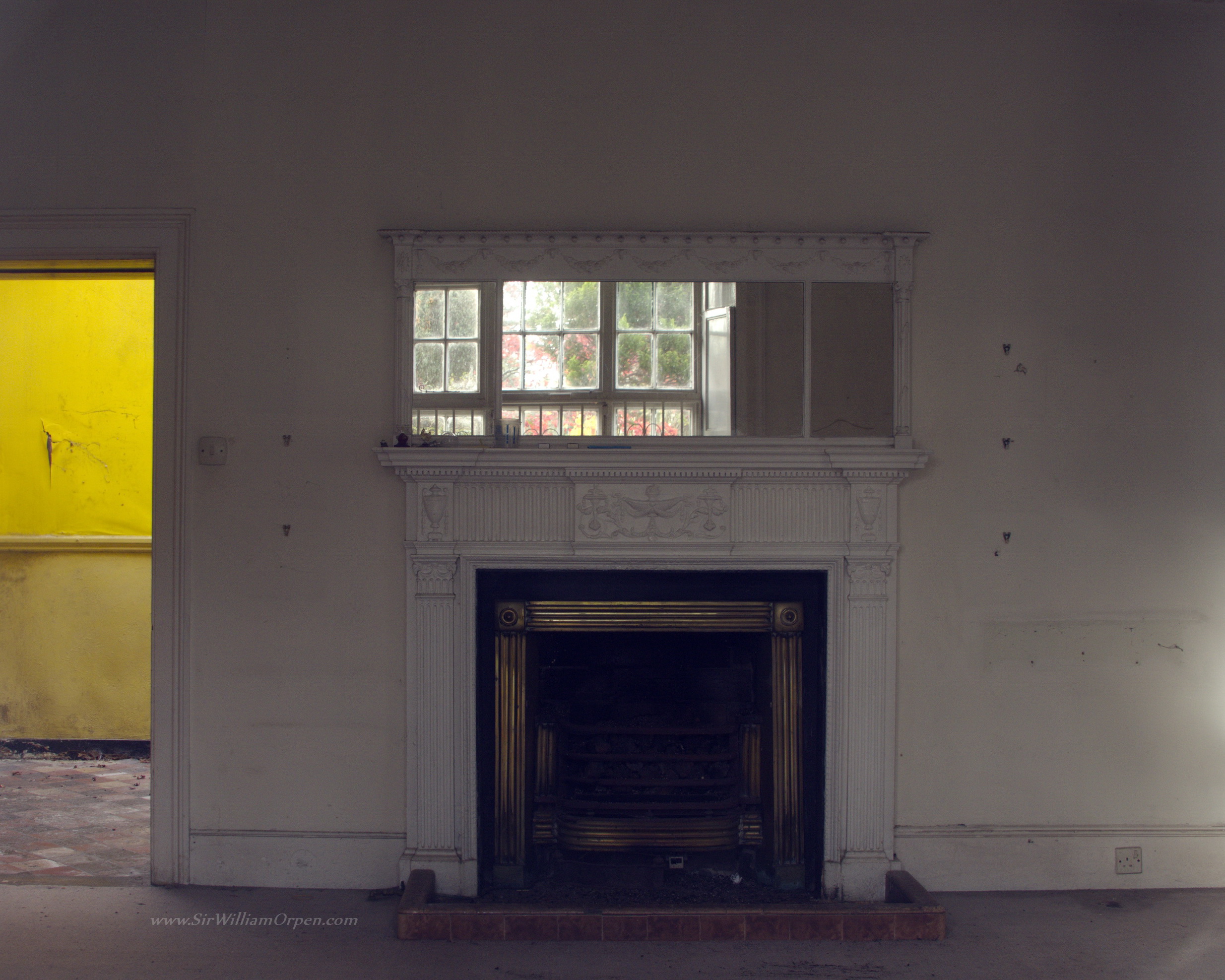 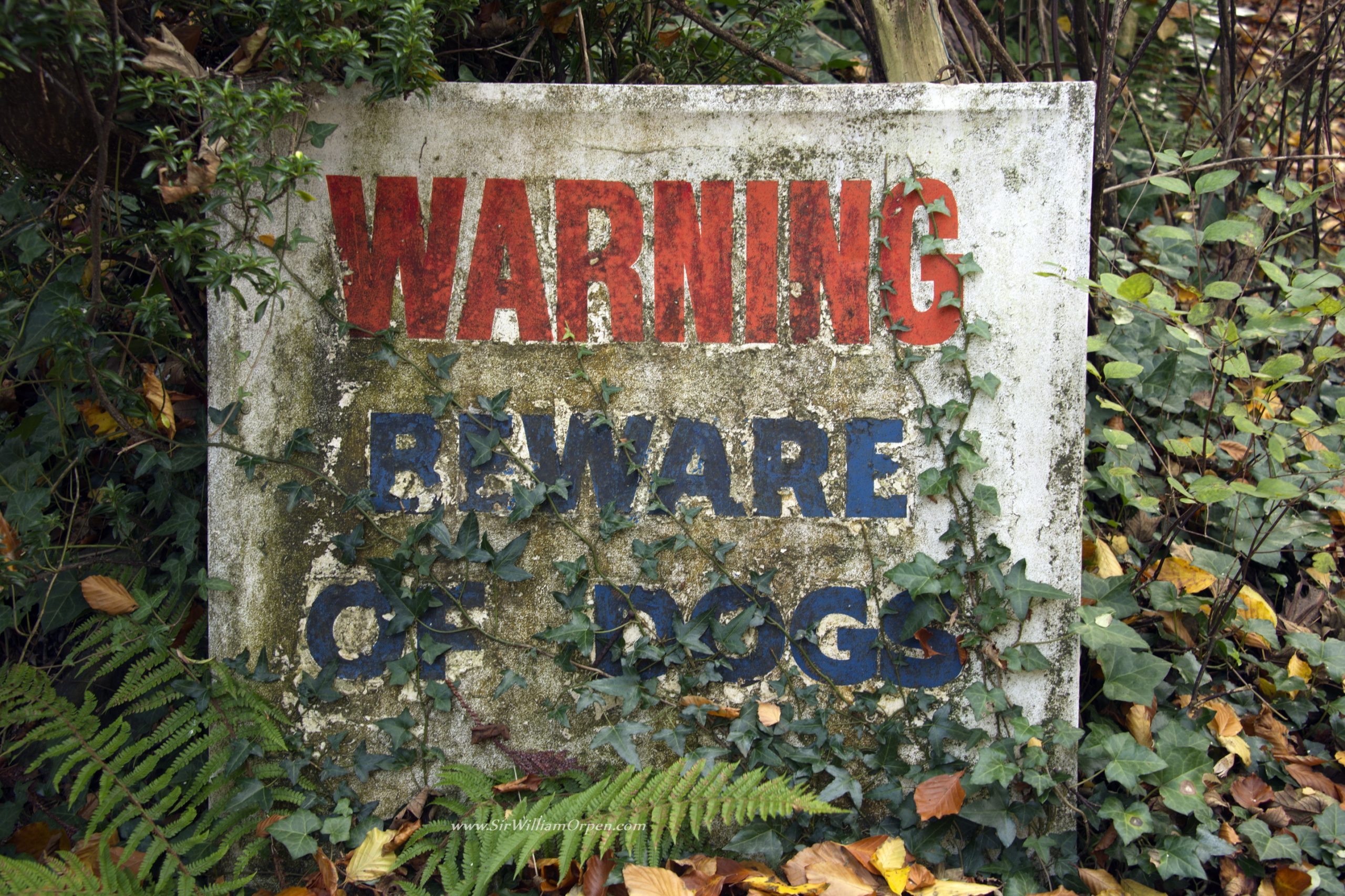 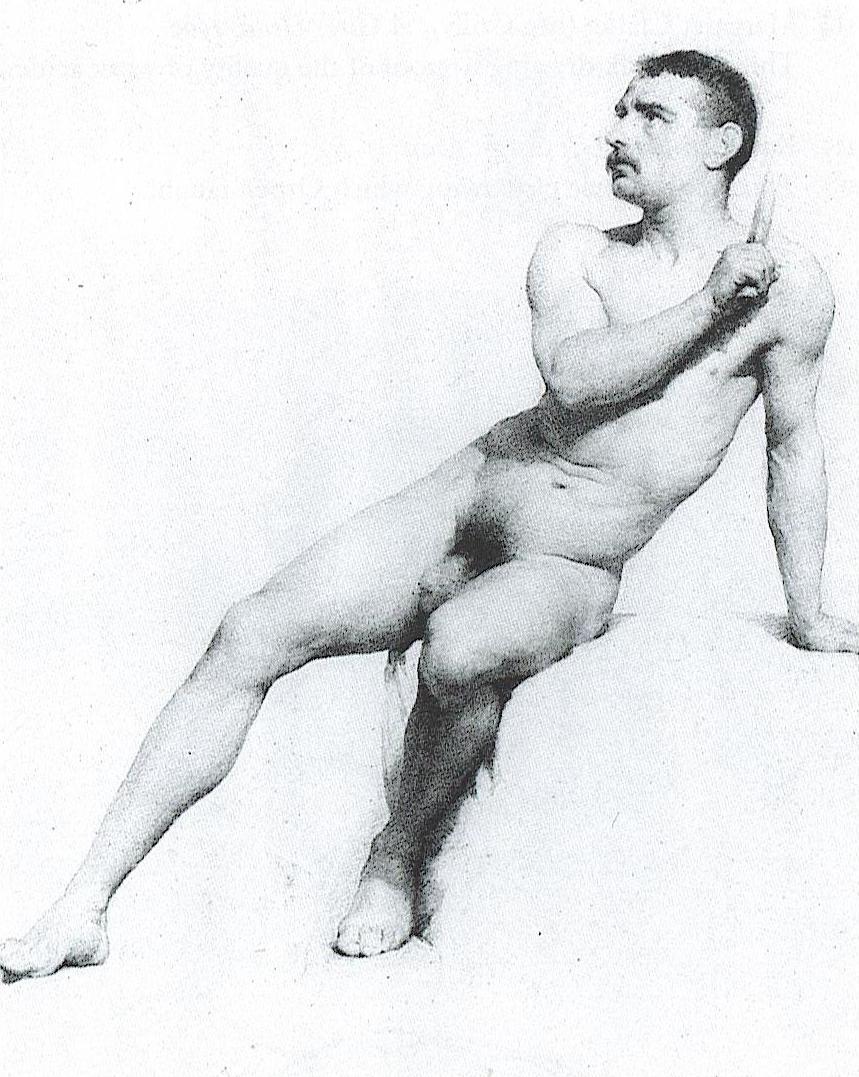 Male Nude sitting (1897), possibly the same model as the one in the auction. 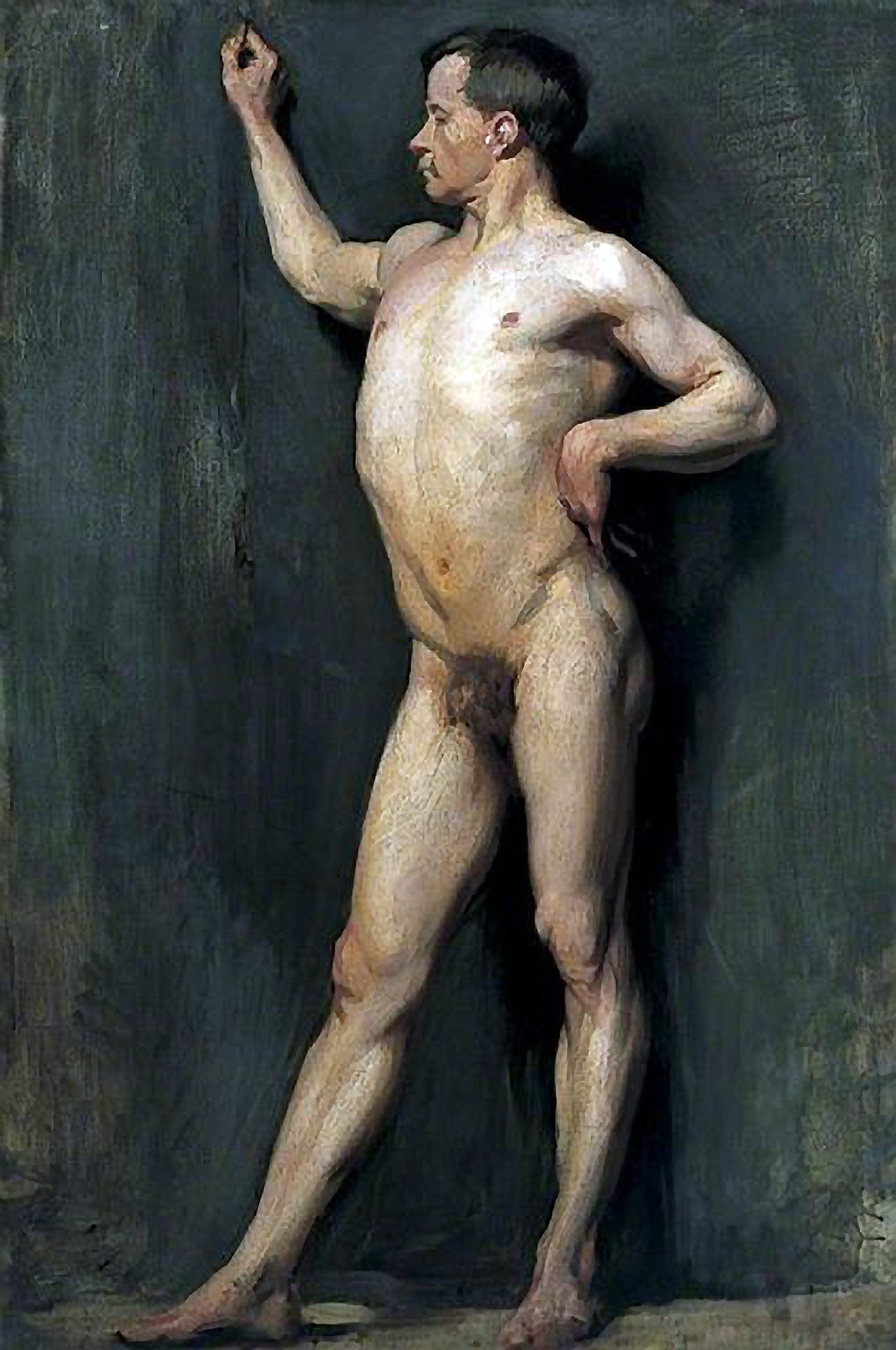 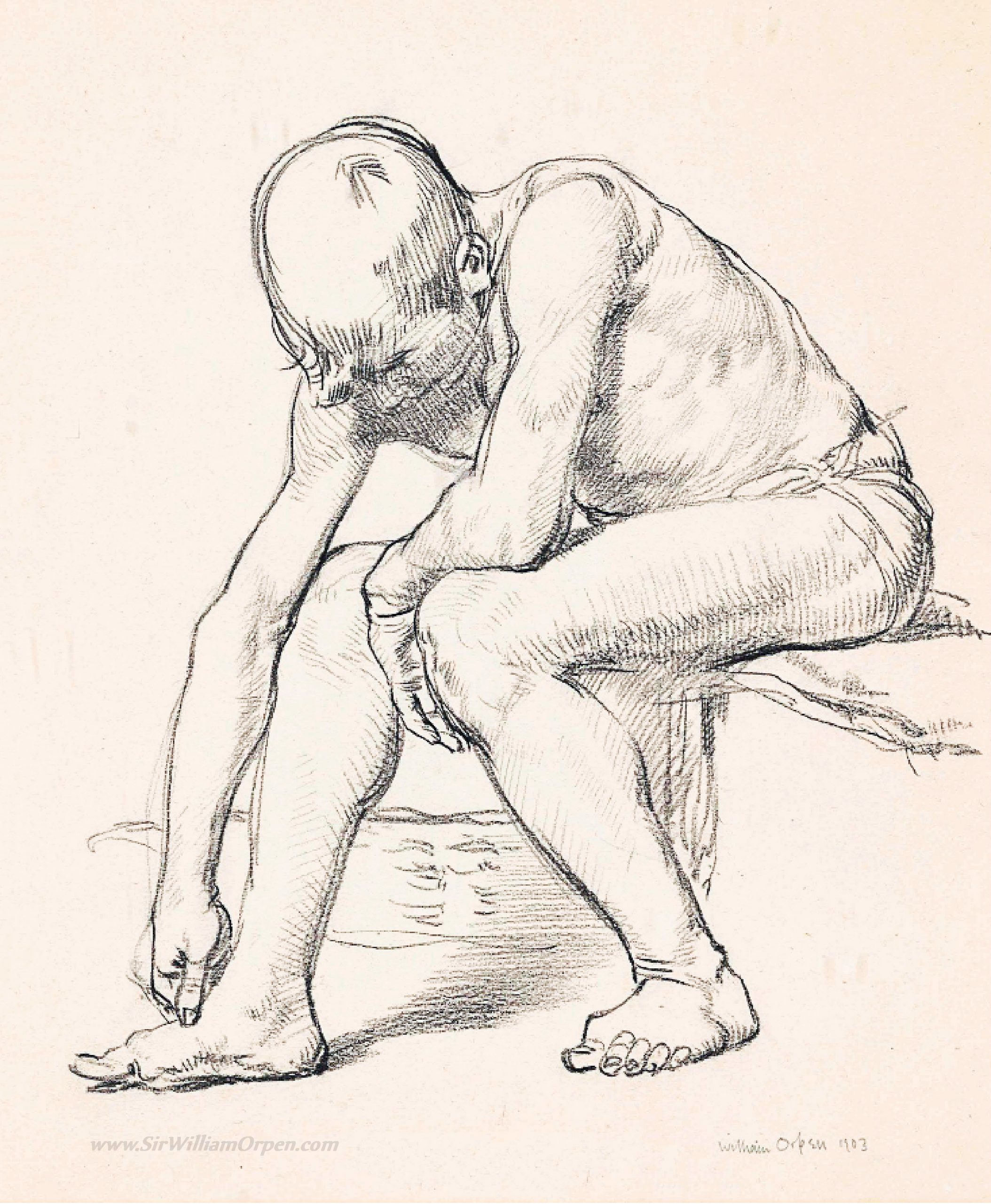 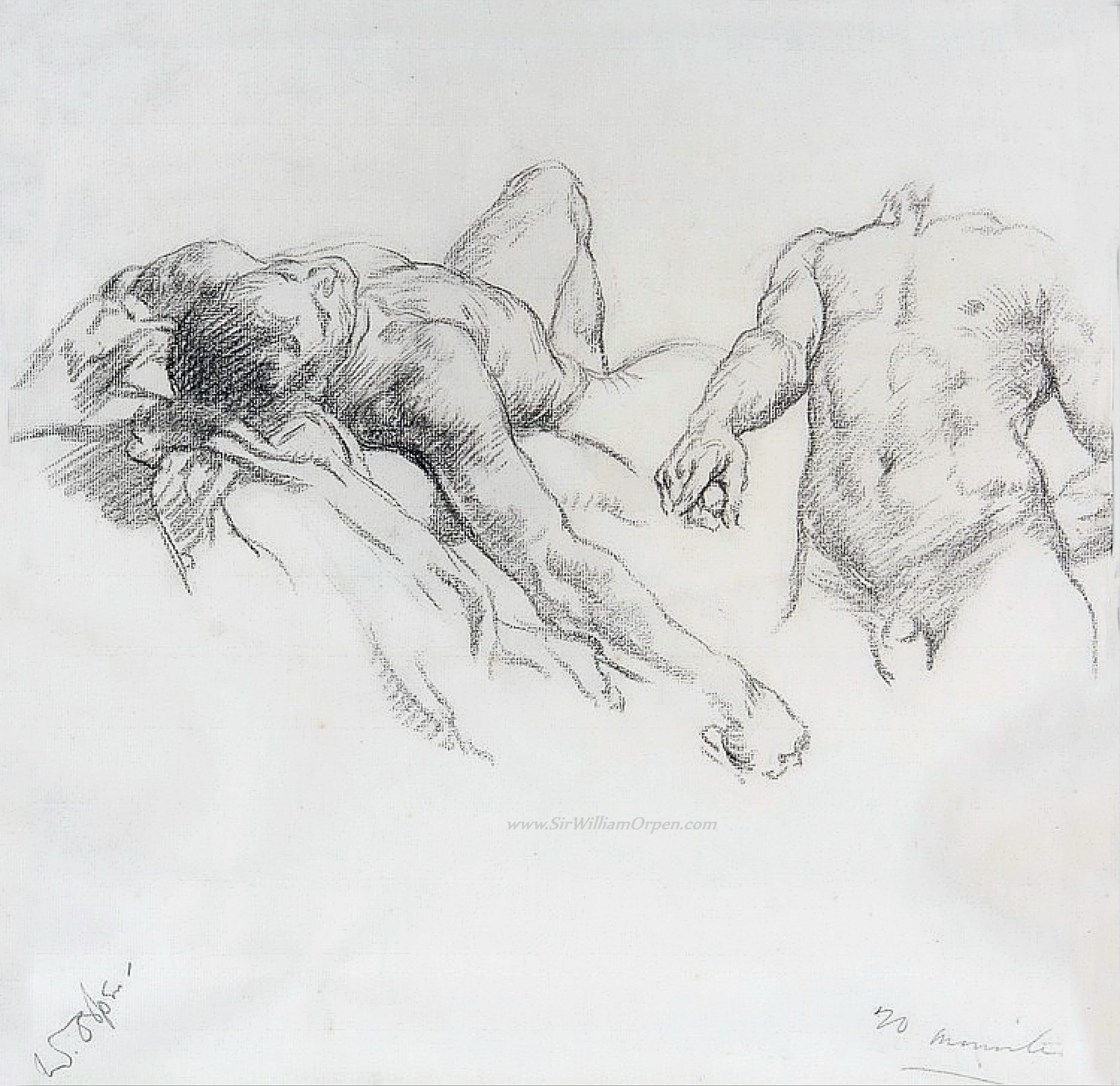 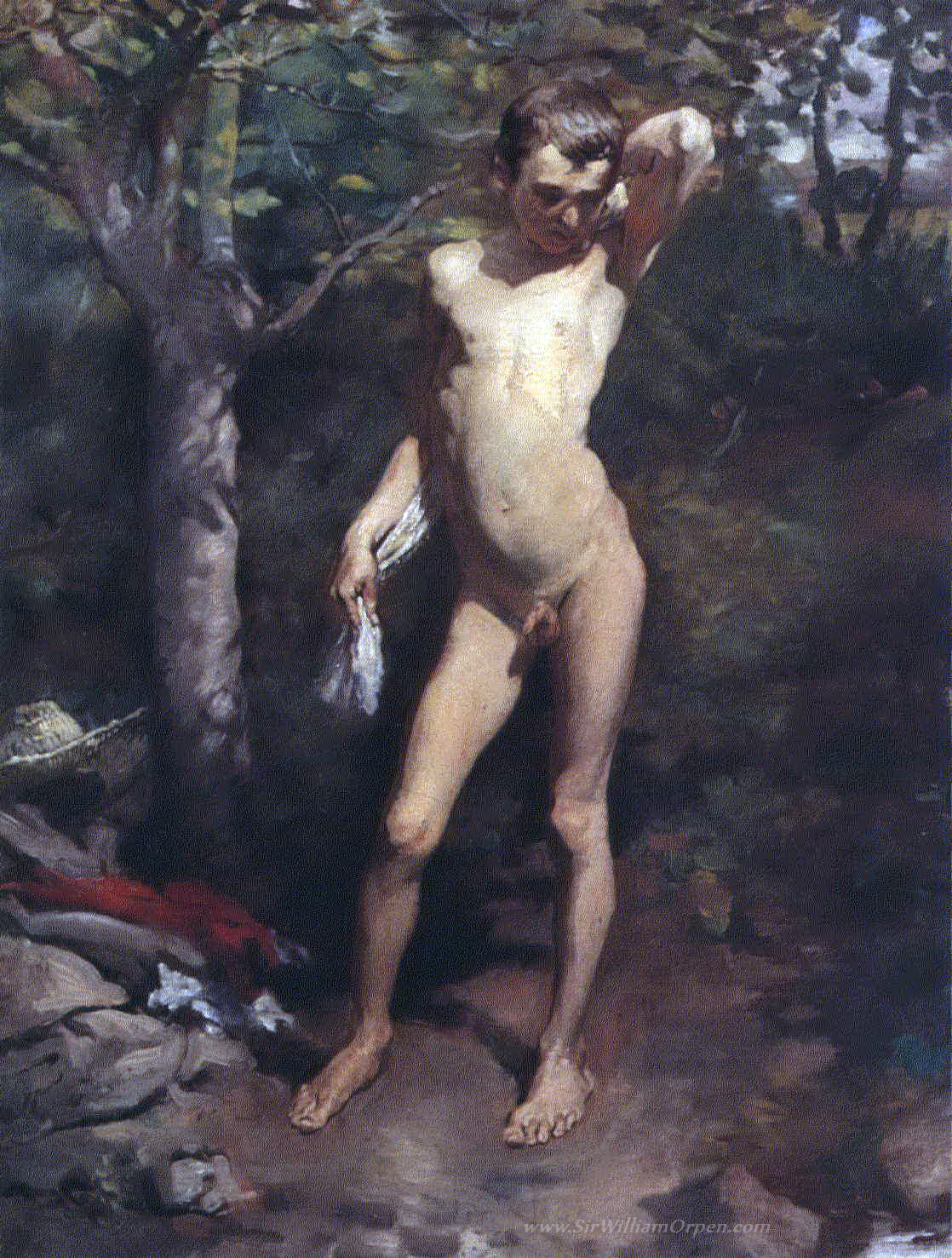 ‘Boy Under an Apple Tree’ by William Orpen.

Nude on the rock by William Orpen. 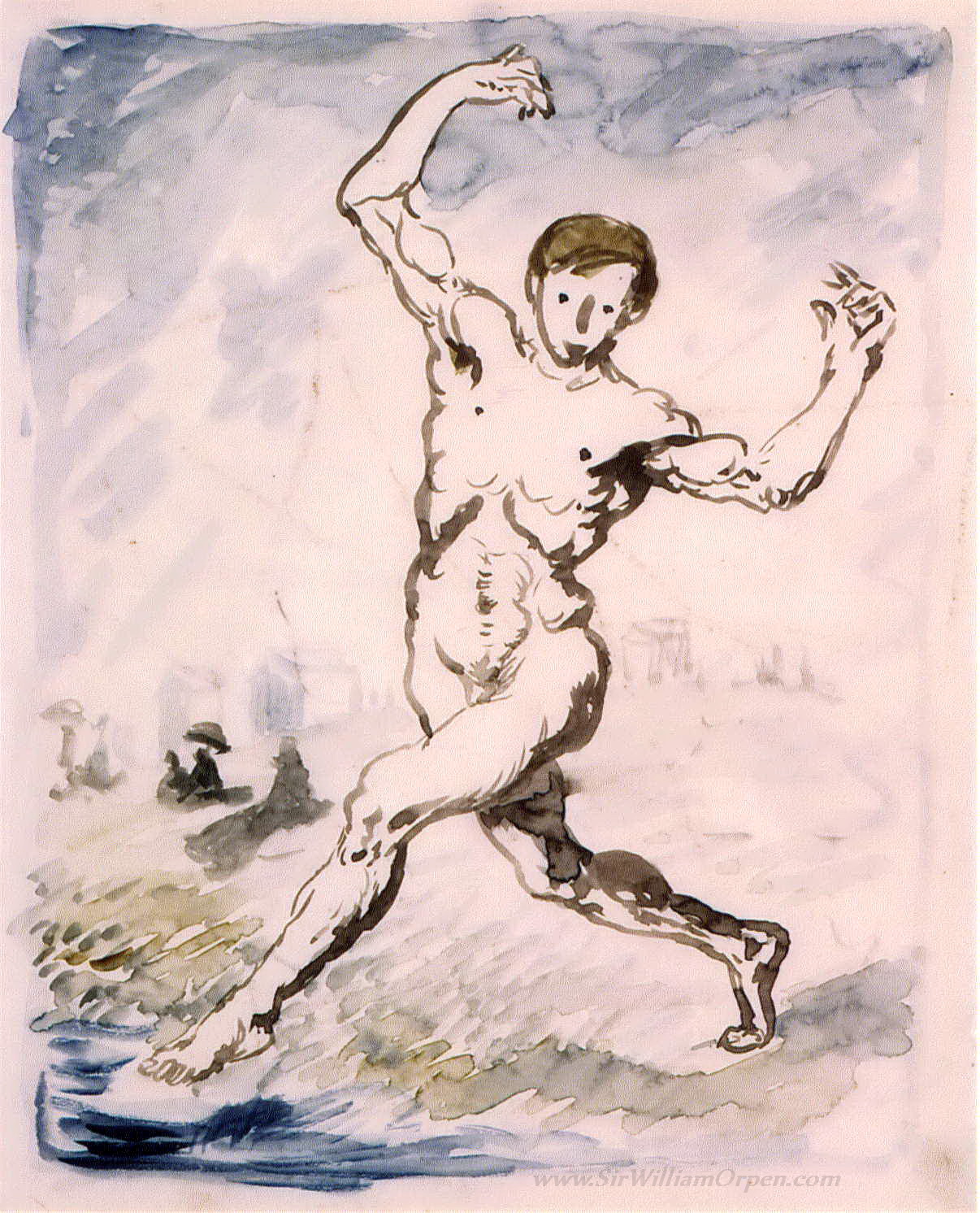