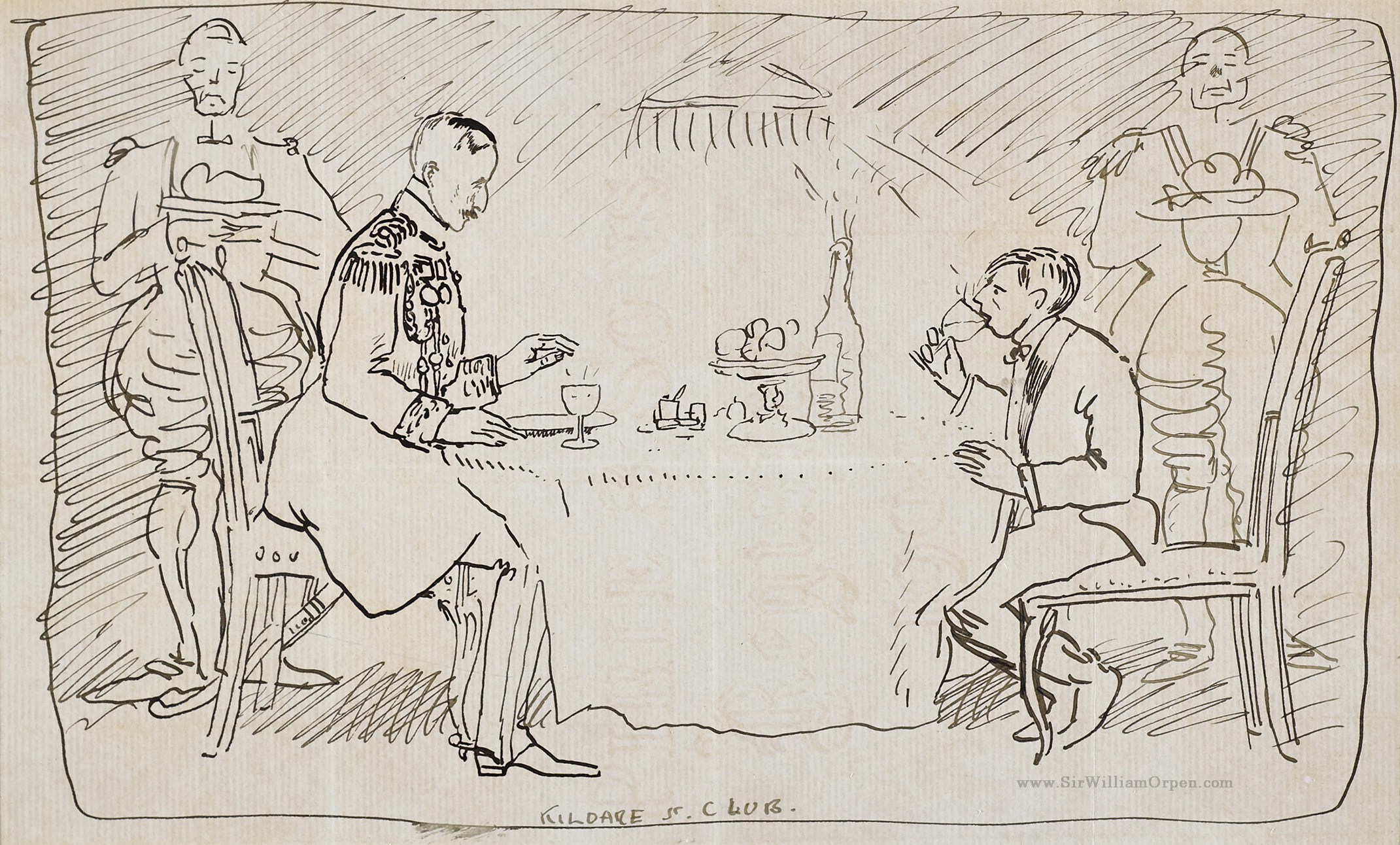 The sketch depicts Orpen (seated right) dining with Major General Sir Henry Merrick Lawson, C. B., at the Kildare Street Club, 26 January 1907. Orpen was in Dublin January of 1907, working on at least two portrait commissions, including one of General Lawson (see image below). From Orpen’s correspondence with his wife Grace, we learn that after the dinner with General Lawson on the evening of the 26th – as depicted in this sketch – Orpen joined Lady Gregory at the Abbey for the opening night of Synge’s Playboy of the Western World.

Lieutenant-General Sir Henry Merrick Lawson K.C.B. (1859 – 1933) was a British Army General during World War I. He was appointed Commander of 13th Infantry Brigade in Dublin in 1906.

Sketch for auction: Monday 29 November at 6pm at the RDS Dublin and online at bid@whytes.ie 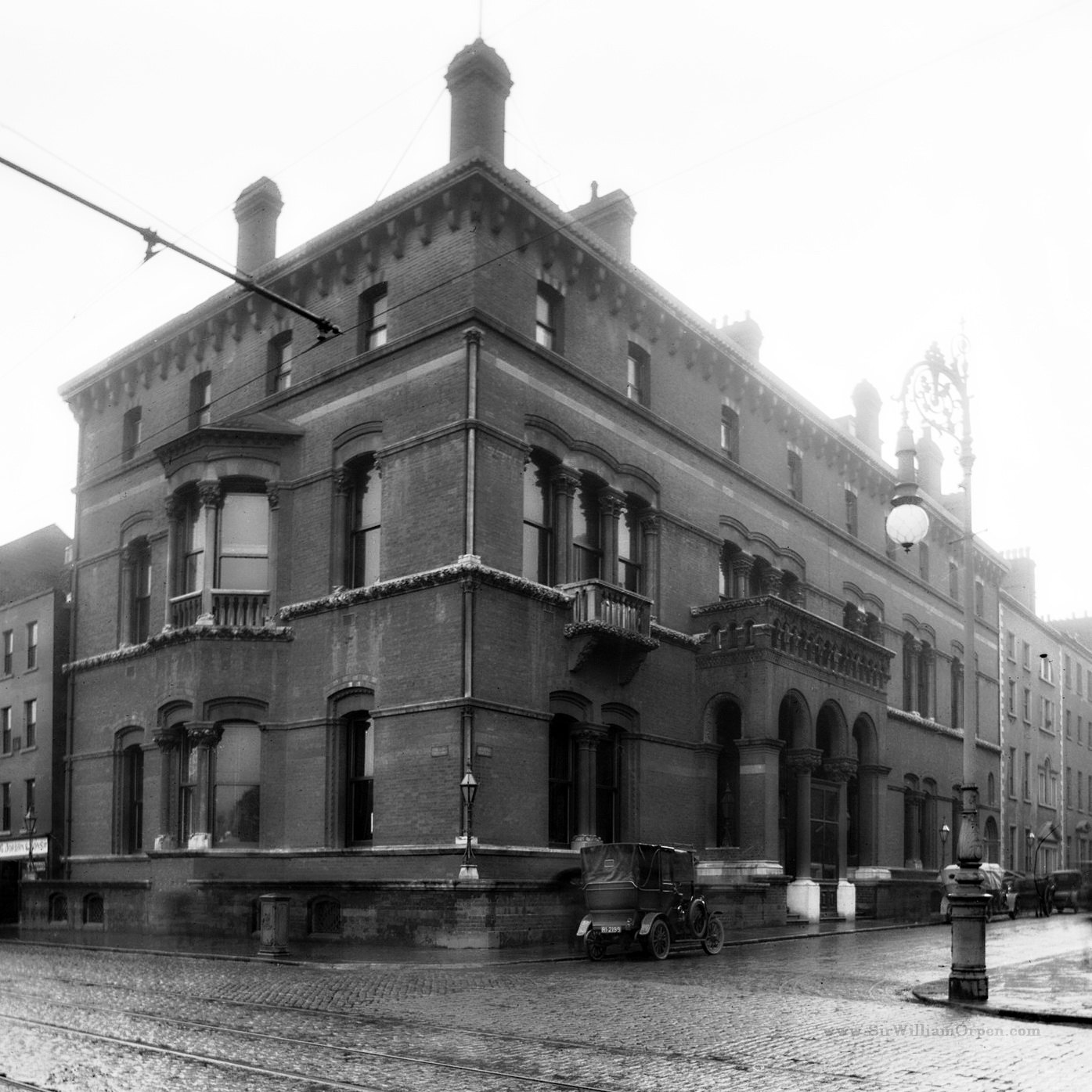