Watching an episode of Inspector Morse – ‘Last Seen Wearing’, I spotted a painting of Amelia Bacon by Sir William Orpen on the wall behind the desk of the School Headmaster David Acum played by Philip Bretherton. Set at Homewood School for Girls (filmed at Reading Blue Coat School, Sonning on Thames). The 1988 TV Series features John Thaw as Inspector Morse, Kevin Whately as Sergeant Lewis and a young-looking Elizabeth Hurley as schoolgirl Julia (aged 23 she was perhaps a tad too old for the part). 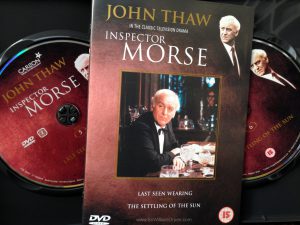 DVD set of the TV series Inspector Morse – ‘Last Seen Wearing’ and ‘The Setting of the Sun’. 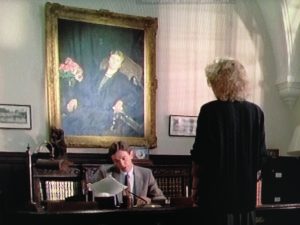 Painting of Amelia Bacon by William Orpen (1925) behind the headmaster’s desk. 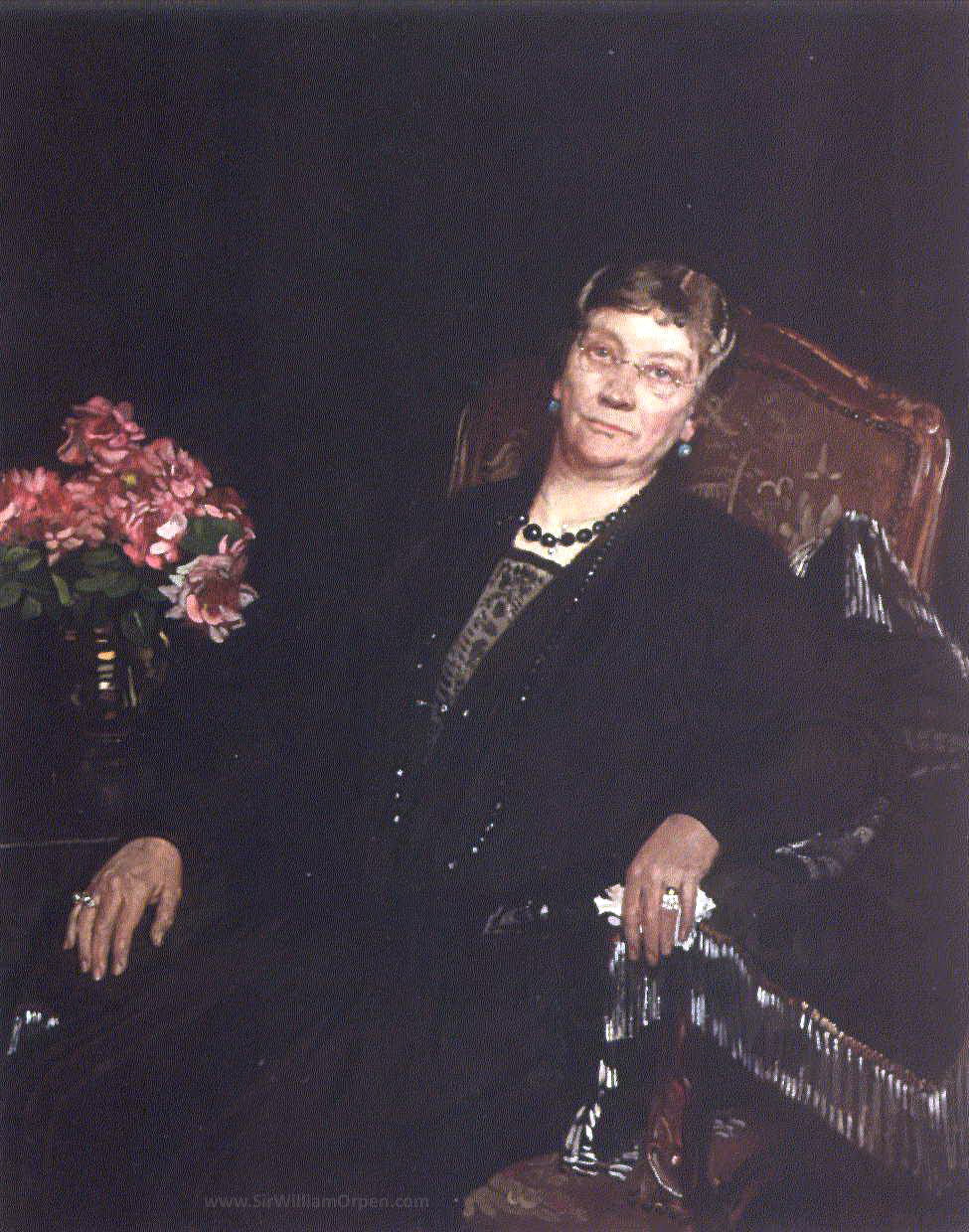 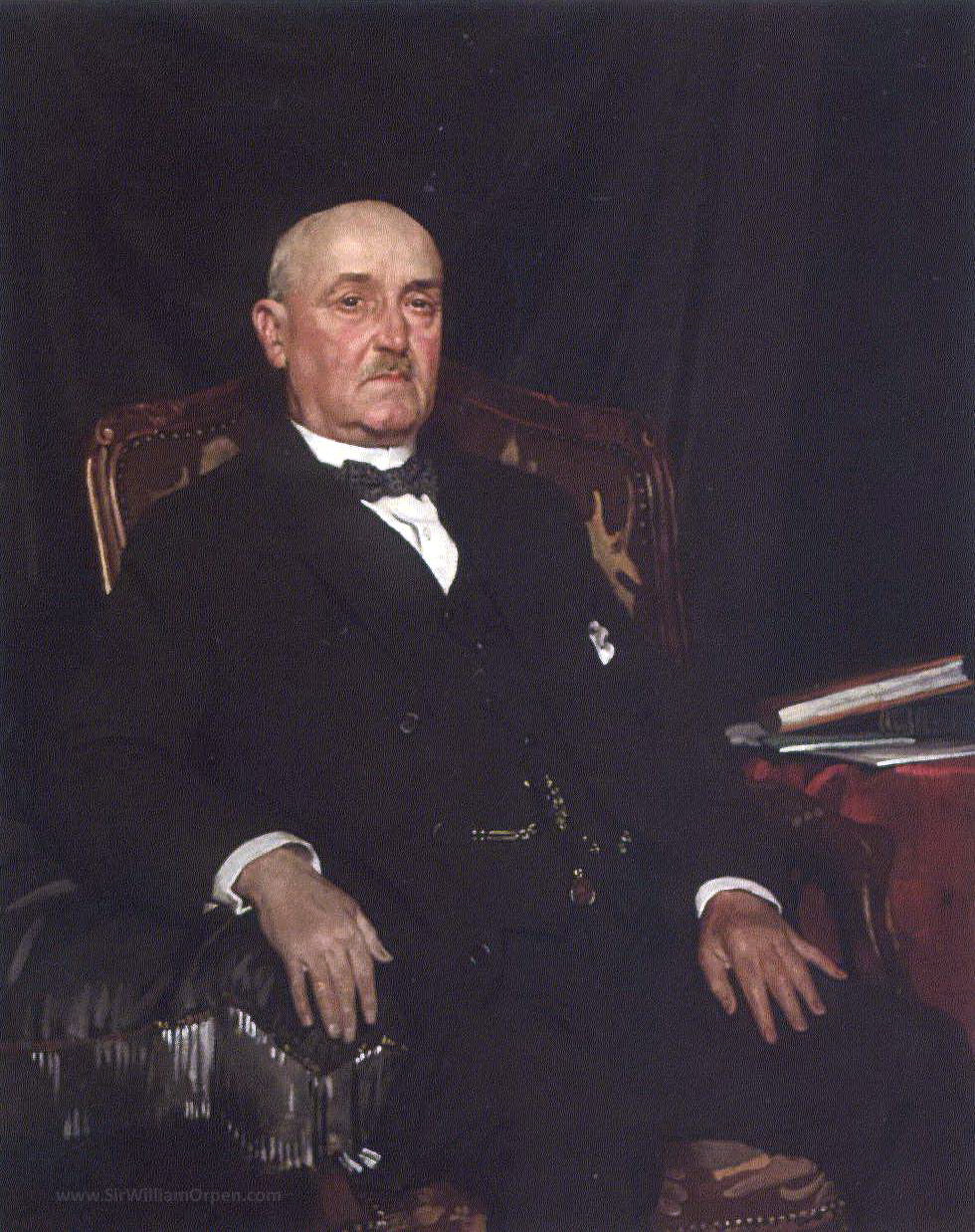 William Orpen was commissioned to paint both Amelia Bacon, (nee Watmough) and her husband Edwin in 1925 to commemorate their Golden Wedding Anniversary.

However, there was a misunderstanding and the Bacon’s thought that price was for both portraits.

Orpen replied his prices have been the same since 1919 and that the “S’s make a big difference” (S’s as in plural) but perhaps accepting some blame he eventually offered to do two three-quarter-length portraits for a total of £2000 which was £1000 cheaper than normal. He also mentioned that he didn’t approve of full-length portraits which may account for the fact that he didn’t do very many of those during his career.

Interestingly Orpen advised Mr. Bacon to wear what his friends were accustomed to seeing him in and that Mrs. Bacon should wear what he liked to see her wearing.

Photo of Sir William Orpen’s studio with the portrait of Amelia Bacon on the easel. 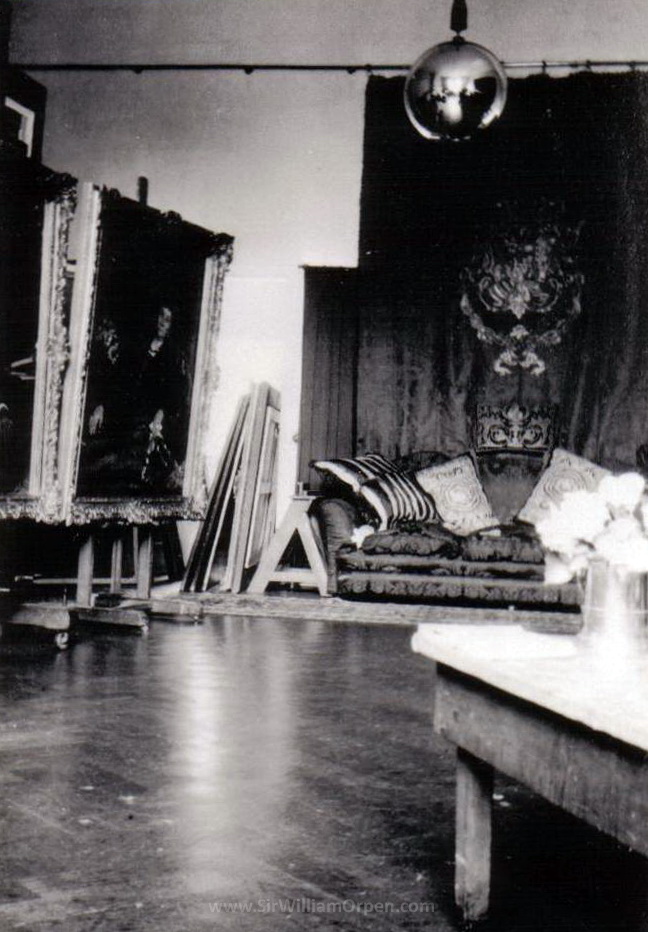 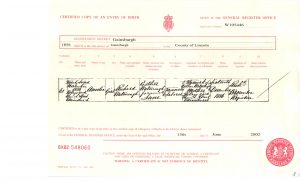 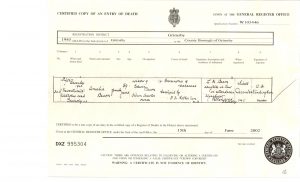 Edwin Bacon was born 4th Feb 1852, in Essex, he left home due to some domestic problems and became a cabin boy on the Grimsby-to-Hamburg steamer. He later became a fisherman for Henry Smethurst. 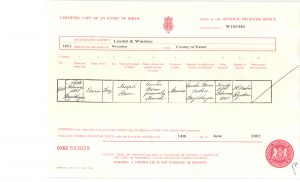 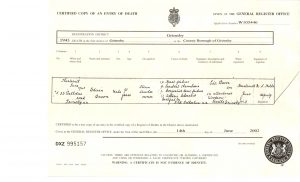 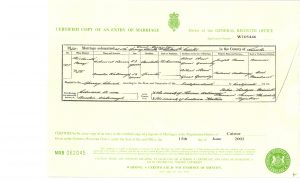 In 1890 – age 38, he had been unpaid for several months, so instead of returning his catch to Grimsby, he sold it in London and paid Smethurst the money ‘less his wages’. He then secured backing from Lindsey Bank and Cochrane & Sons shipbuilders to form the Lindsey Steam Company.

When WW1 broke out, most of his fishing boats were appropriated by the Admiralty and lost in the war. At the outset of WW2 Edwin Bacon paid for two Spitfires for the RAF and gave the Government an interest-free loan. He was offered a baronetcy for his generosity but declined to accept it, probably because he was ‘one of the lads’ and thought a baronetcy would lose him the respect he had from the working class. He did devote much of his life fighting for fishermen rights. He was old at this stage and may have been reluctant to have the title inherited by his oldest son upon his death which could have undone his attempts to instill that same sense of respect and values on his children.