Edward Guinness a great grandson of Arthur Guinness, a founder of the Guinness Brewery lived at Farmleigh House, Phoenix Park, Castleknock, Dublin which he bought in the 1870’s.
William Orpen painted Lord Iveagh in Autumn 1904 in London and at Farmleigh House, Dublin where the painting hangs to this day. He was paid £80 (about 10,000 Euro today). See page 7 of Orpen’s studio book attached (line 9). 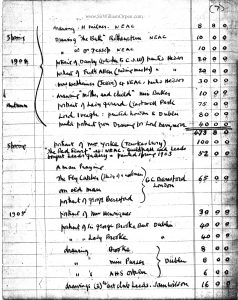 The Guinness’s sent their chauffeur to collect Orpen and take him to Farmleigh and he depicts the event in a sketch “Painting Lord Iveagh, I drive through Dublin for the first time”. 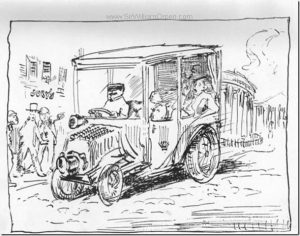 In a letter to his wife Grace – Orpen discusses how he had to agree with Lord Iveagh’s friends comments that the head was too big so he had to cut a lot off the forehead and chin. 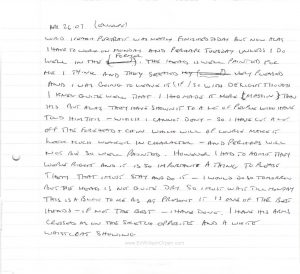 In another letter to Grace – Orpen talks about a further delay as the car broke down and Lord Iveagh was called to a Board Meeting at Guinness – “so do not be angry if I am not back till Thursday night”. 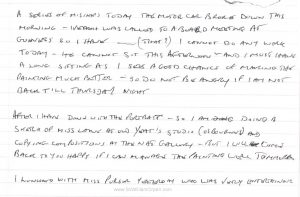 The Irish Government bought Farmleigh House from the Guinness family for over €29 million in 1999 and it is now run by the Office of Public Works who use it to accommodate foreign dignitary’s on official visits to Ireland (including President Barack Obama and Queen Elizabeth II).

A tour of Farmleigh House includes: the Nobel room, the Blue drawing room (with the Orpen painting), the Ballroom, Conservatory, a Library of rare books and gallery – visit www.farmleigh.ie

A Copy of the painting by H.M. Pagnet was in the Guinness Brewery, Park Royal, London. Diageo demolished the London factory in 2006 and moved the entire business to Dublin. I’m unsure what happened to the copy of Orpen’s painting. 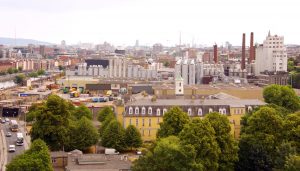 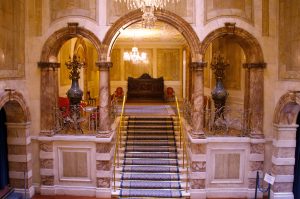 K.P. – The Most Illustrious Order of Saint Patrick is a dormant British order of chivalry associated with Ireland. The Order was created in 1783 by George III at the request of the then Lord Lieutenant of Ireland, The 3rd Earl Temple. The regular creation of knights of Saint Patrick lasted until 1922.

G.C.O.V. – The Royal Victorian Order is a dynastic order of knighthood established in 1896 by Queen Victoria. It recognises distinguished personal service to the monarch of the Commonwealth realms, members of the monarch’s family, or to any viceroy or senior representative of the monarch. The present monarch, Queen Elizabeth II, is the Sovereign of the order, its motto is Victoria, and its official day is 20 June. The order’s chapel is the Savoy Chapel in London.

F.R.S. – Fellowship of the Royal Society is an award granted to individuals that the Royal Society judges to have made a “substantial contribution to the improvement of natural knowledge, including mathematics, engineering science and medical science”.