James Sinton Sleator, student of and assistant to William Orpen.

Costume studies 1 & 2 for ‘The Carnevale’ attributed to William Orpen (1927). You can see the figurines on the dresser in the painting of Orpen below by James Sleator P.R.H.A., painted in Orpen’s studio ‘Oriel’, Chelsea (1931). ‘The Carnevale’ was never completed but a couple of unfinished versions exist. 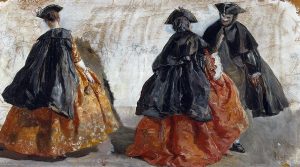 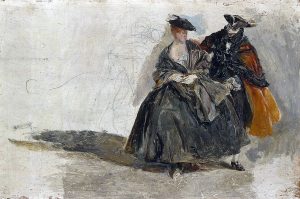 James Sinton Sleator P.R.H.A. (1886 – 1950), was an Irish artist, born in Portadown, County Armagh, Ireland. He studied under Orpen at the Metropolitan School of Art, Dublin and also studied at the Slade Art School, London among others. He served as Orpen’s assistant and completed some commissions after Orpen died, including portraits of Prince Arthur of Connaught and the Duchess of Westminster. 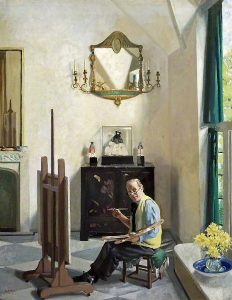 William Orpen by James Sleator (1931) after Orpen’s death. Note the porcelain figurines on the dresser. 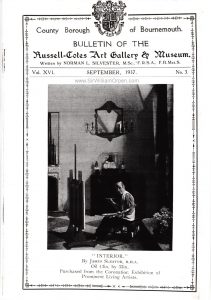 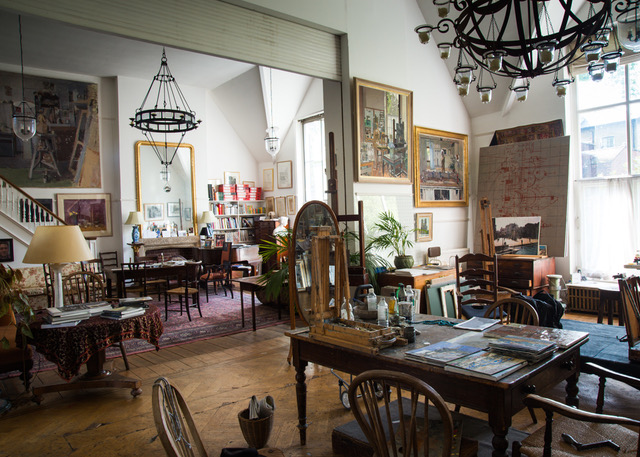 A recent photo at ‘Oriel’, Orpen is positioned near the window in the back room, the cabinet with the statues has been replaced with a book case.
______
Three painting of Sir William Orpen by James Sleator: – 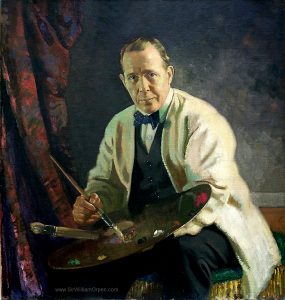 A painting by James Sleator of William Orpen
and below the photo he used as a reference. (Crawford Gallery, Cork). 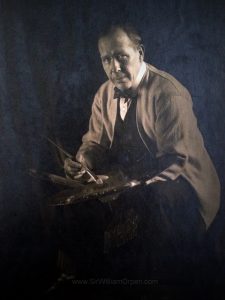 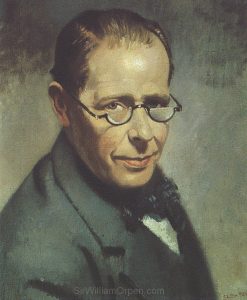 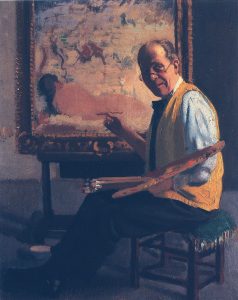