Provenance: Commissioned by the sitter’s father and thence by descent to the previous owner.

This painting was one of Orpen’s earliest commissioned portraits and its award was probably partly due to the success of his exhibits in the New English Art Club winter show of 1900-01, which included The Mirror now in Tate Britain, London. Dating from the period when Orpen was moving towards the establishment of his reputation and away from the exuberant lifestyle of his immediate post-Slade years, we are fortunate that the artist described the trials and tribulations of this commission in his letters to Grace from Manchester, helping us to see Orpen striving not just for likeness but also the humanity which is such a feature of his portrait style.

The commission came from Sam Hughes, a Manchester businessman and proprietor of the bookshop, Sherratt and Hughes. Hughes was certainly a great friend of Hugh Lane and it is suggested by Bruce Arnold that it may be by this route that Orpen obtained the commission (ibid.p.109, note 1). The sittings were not without problems, in part deriving from the youth of his subject and her unwillingness to stay still. This evidently frustrated Orpen and we see in his letters how his hopes rise and fall with each sitting. It may be however that the difficulties were not all one-sided as in a letter written to Bruce Arnold in 1977, the sitter recalls that she was very frightened of Orpen. Arnold illustrates one of the sheets sent to Grace which includes a preliminary sketch of the portrait (ibid page 108).

Despite the artist’s apparent self-doubt, it is possible to see here in the dexterous handling of the interior and the natural charm of the sitter both Orpen’s success in a format that was still a little new to him and a foresight of his portrait of children from later in the decade.

Text above from DeVeres catalogue.

Clara Hughes : Bruce Arnold, Orpen, Mirror to an Age, London, 1981. The child that gave Orpen so much trouble was Clara Hughes, whose portrait is reproduced as a colour plate in Arnold’s ‘Mirror to An Age’, Plate 8, opposite page 161. Not only had he to contend with the problems of the portrait but he also had to brave a Manchester winter. Arnold covers Orpen’s trials and tribulations at some length based on letters Orpen wrote to his wife at the time.

Orpen wrote to Grace “If the child could keep steady there might be some chance”. and here are some of the other letters he wrote to his wife: – 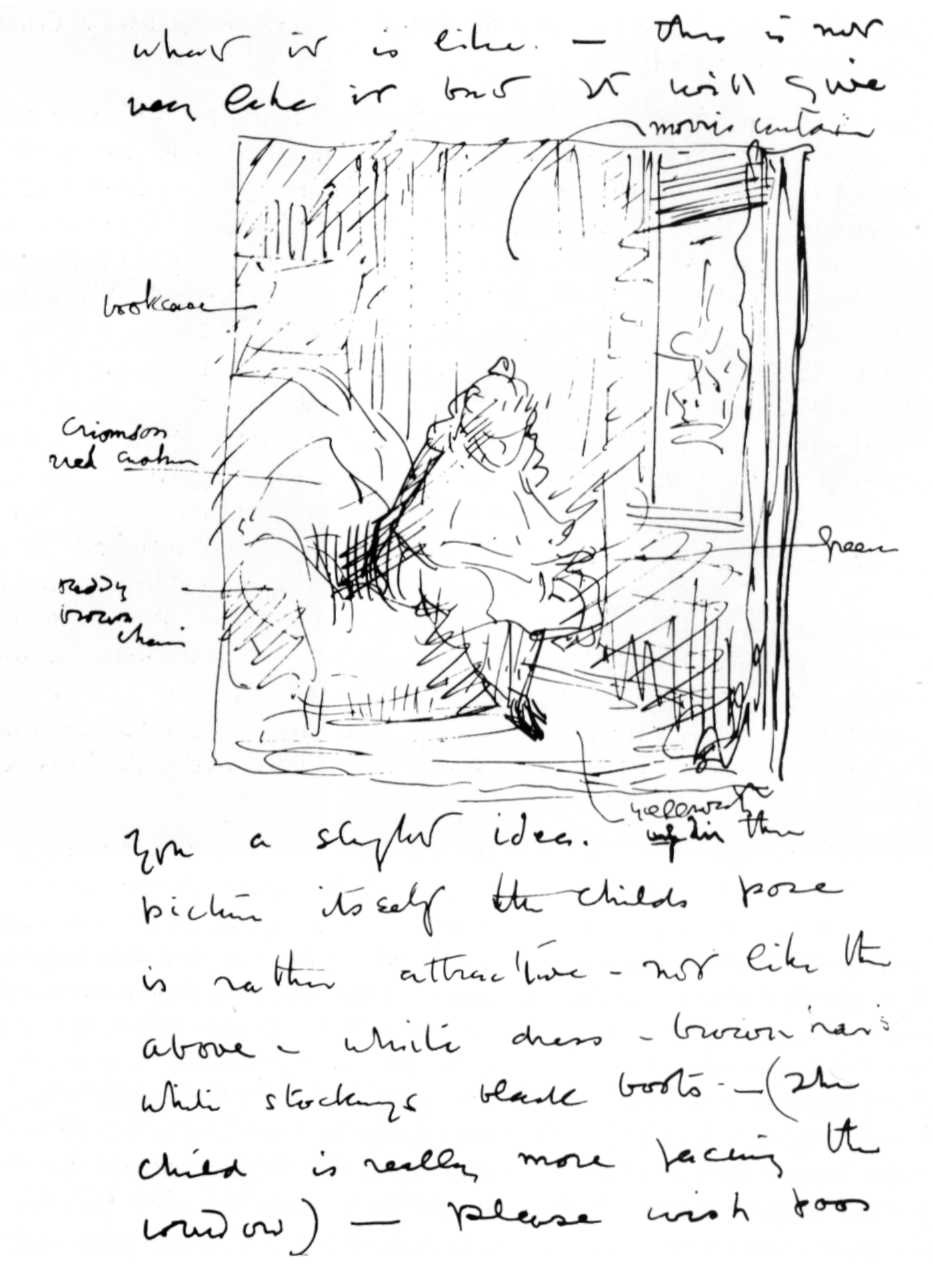 “this is not very like it but it will give you a slight idea”. 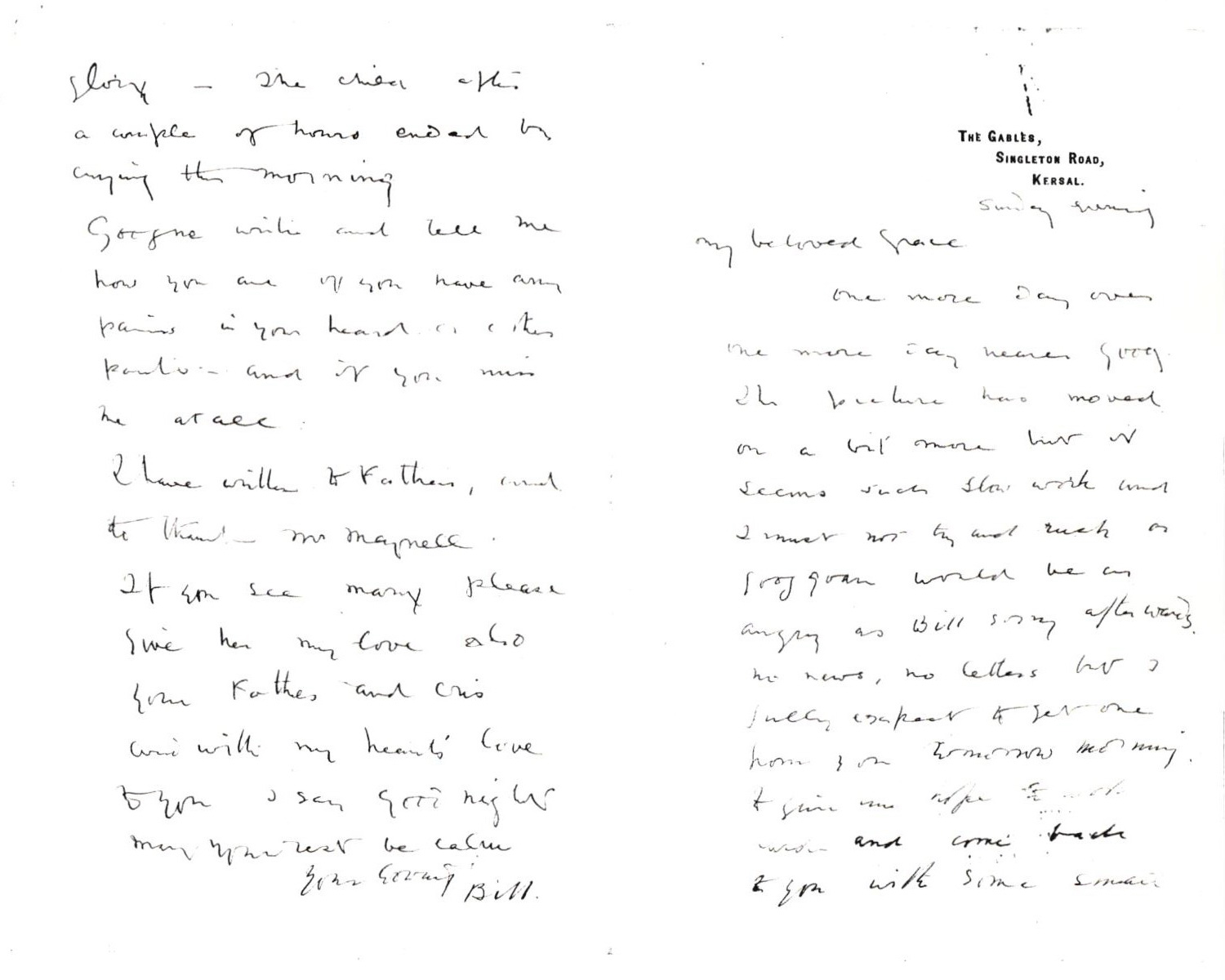 In this letter to Grace, Orpen states – “The child after a couple of hours ended up crying this morning”. 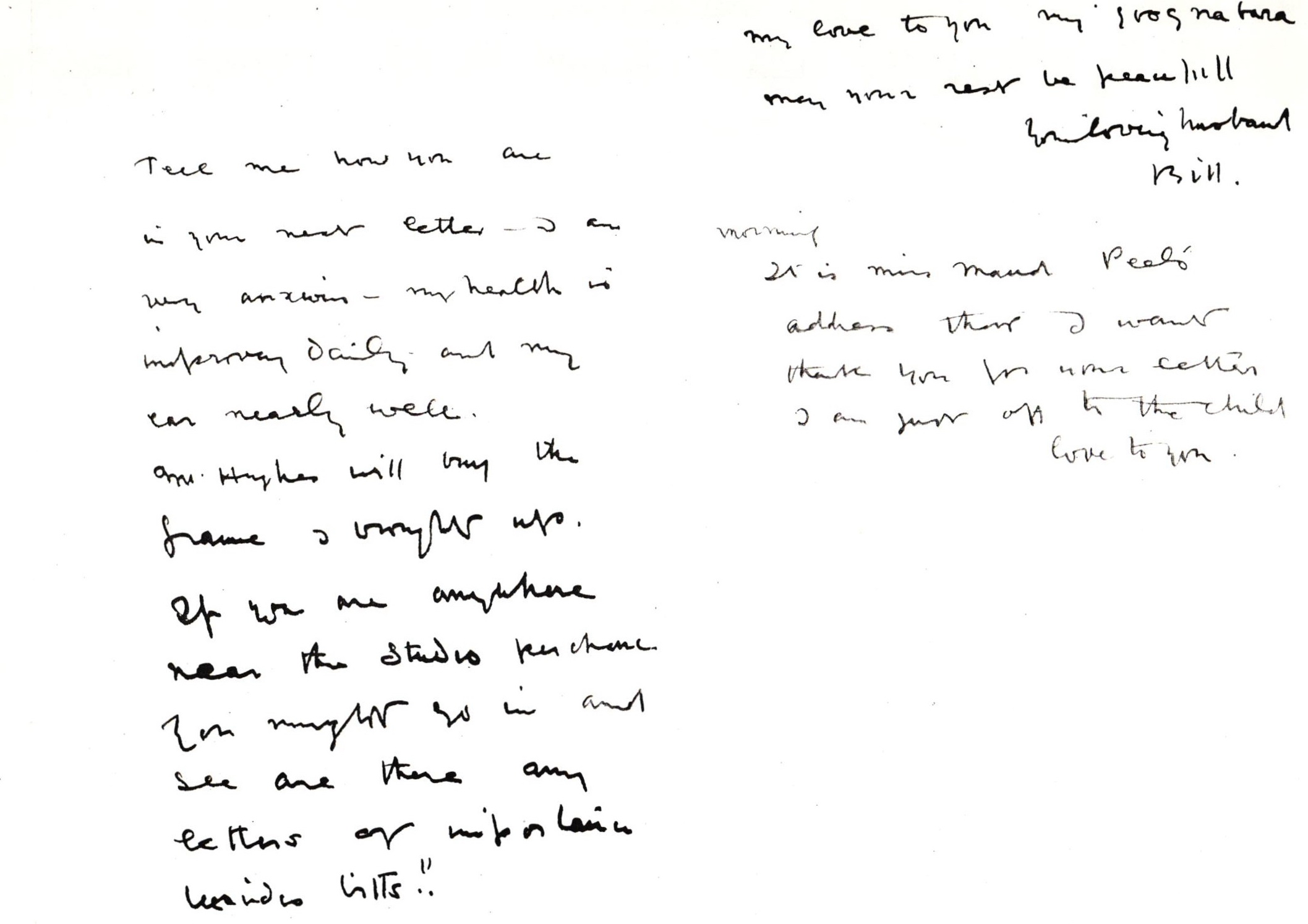 “Mr Hughes will buy the frame I brought up”. 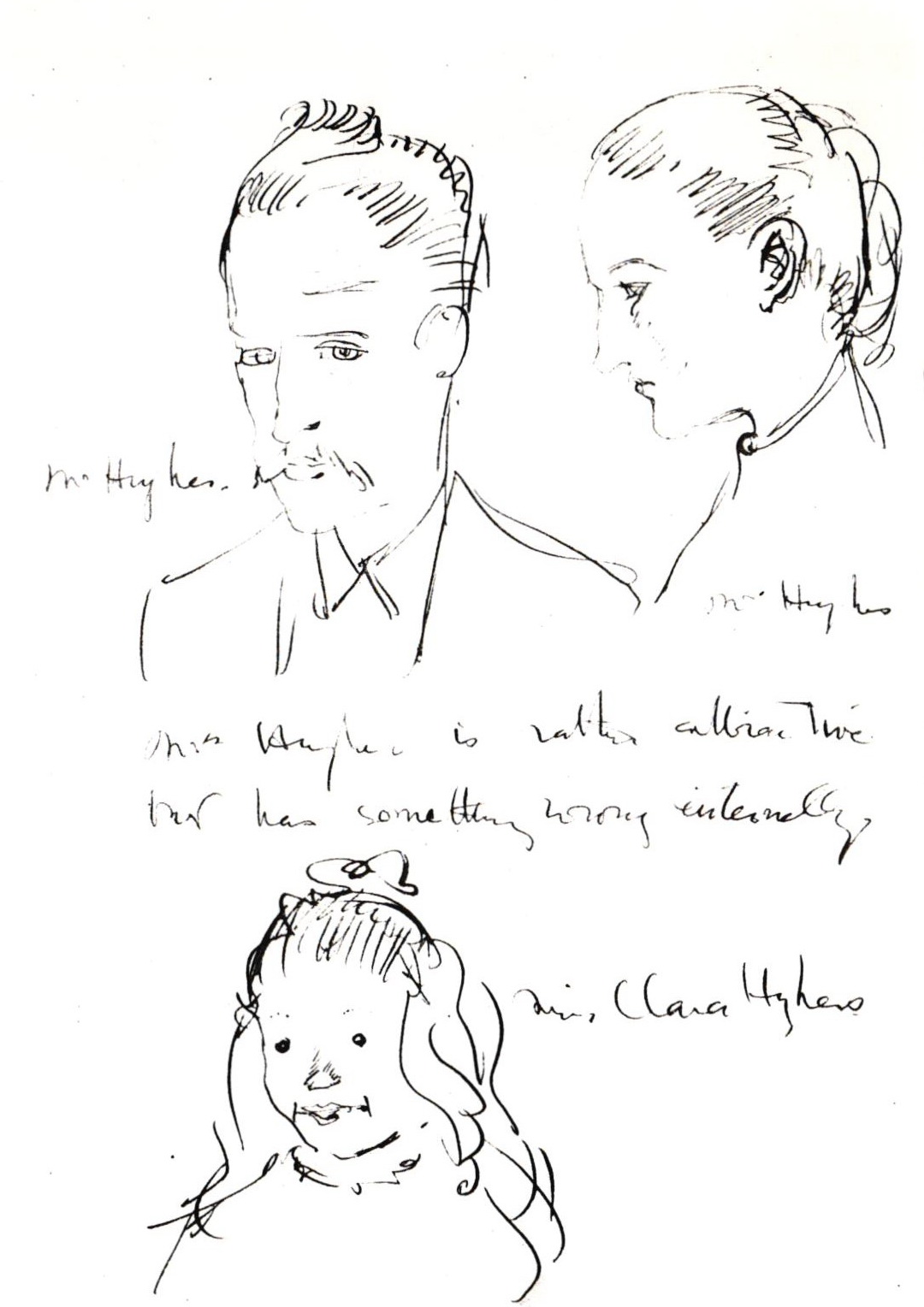 “Mr Hughes, Mrs Hughes and Ms Clara Hughes. Mrs Hughes is rather attractive but has something wrong internally”. 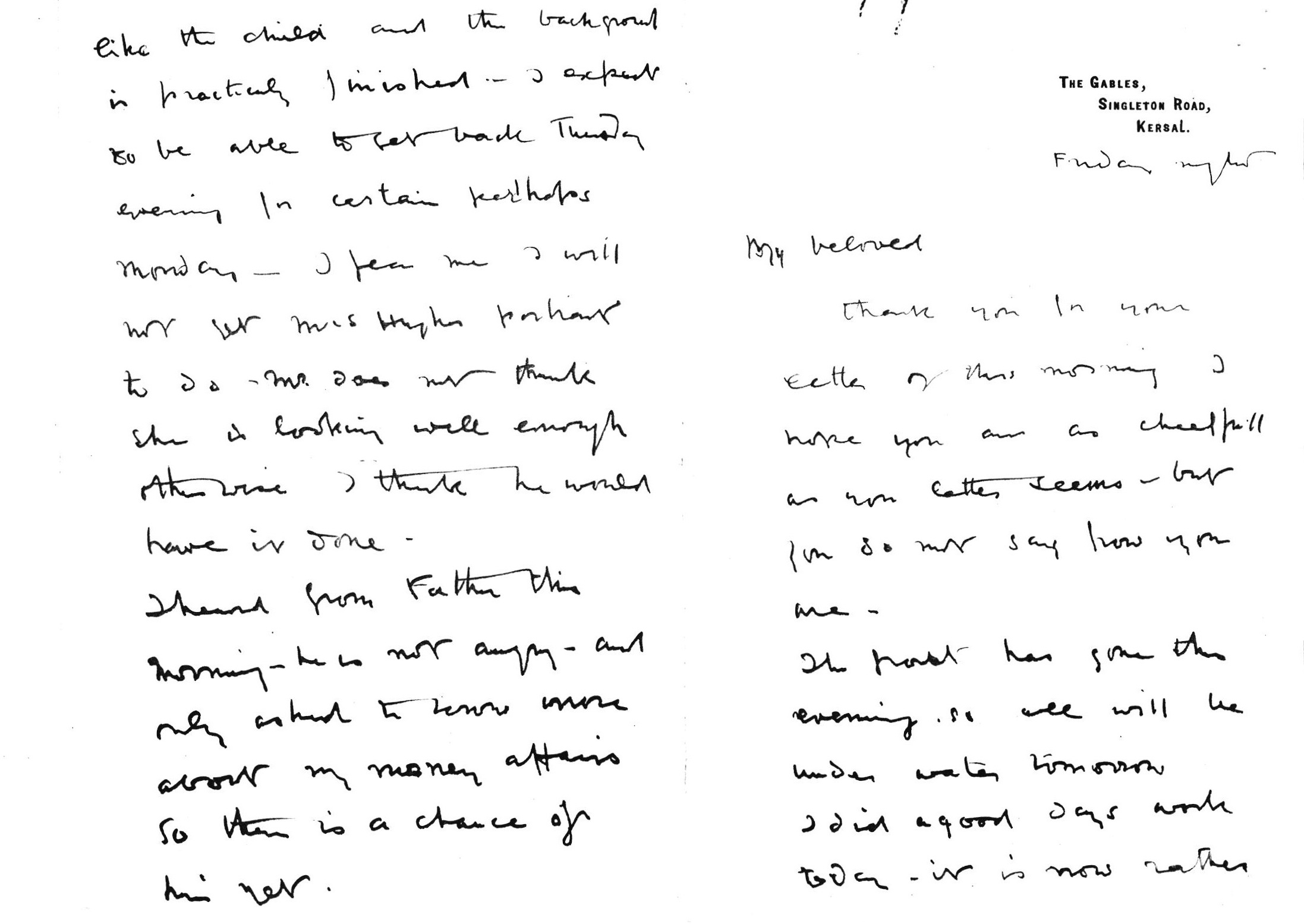 “I did a good days work today, it is now rather like the child and the background practically finished”. He continues – “I fear me I will not get Mrs Hughes portrait to do – Mr does not think she is looking well enough otherwise I think he would have it done”. 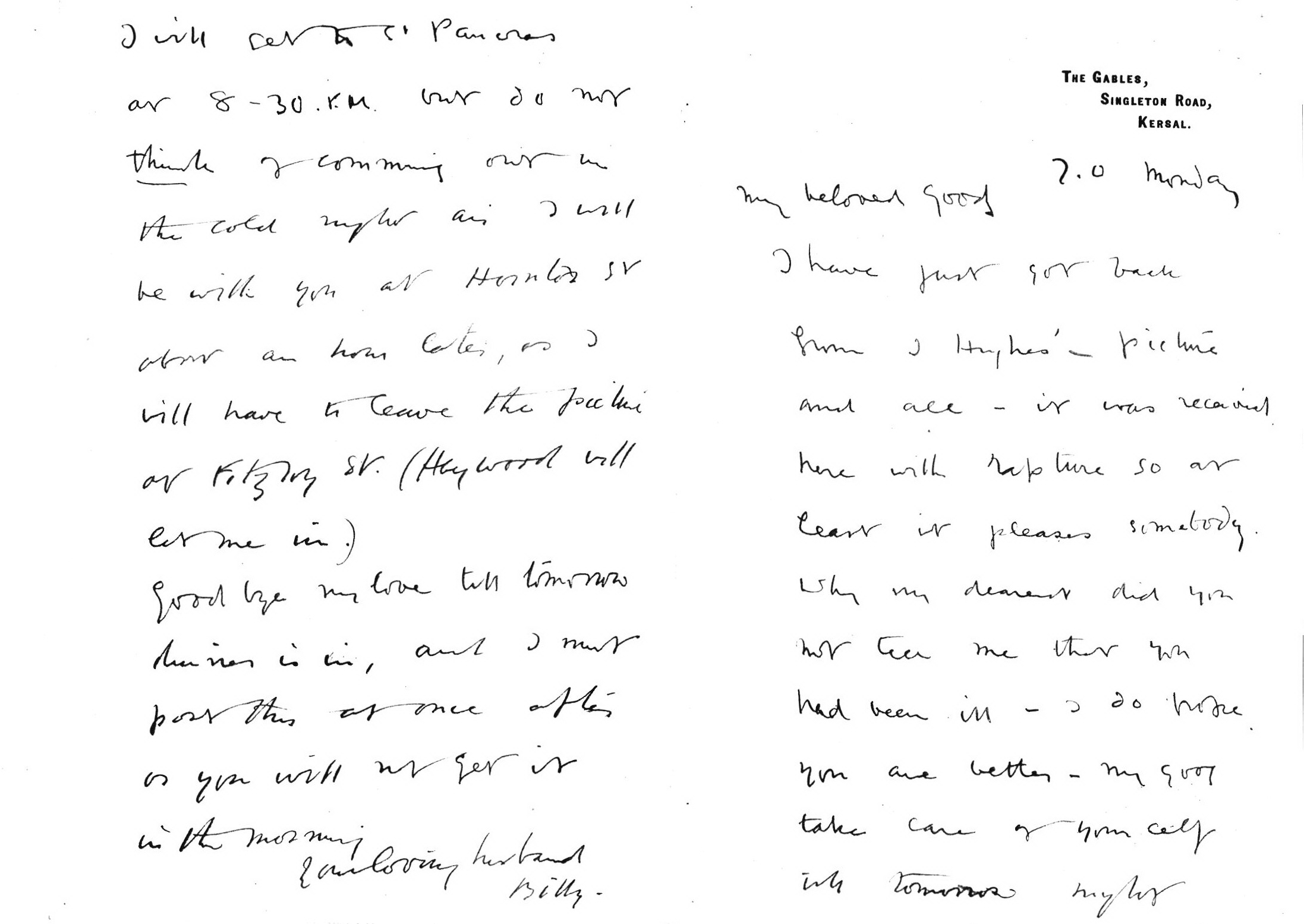 In 1977 Clara Hughes wrote about the experience “I was very frightened of him”. The portrait was well received by the Hughes family although Orpen was not too impressed with it.

His inexperience with children did change for the better over the years although he refrained from painting portraits of them.

See the blog post on Orpen’s paintings of the Hughes family: –