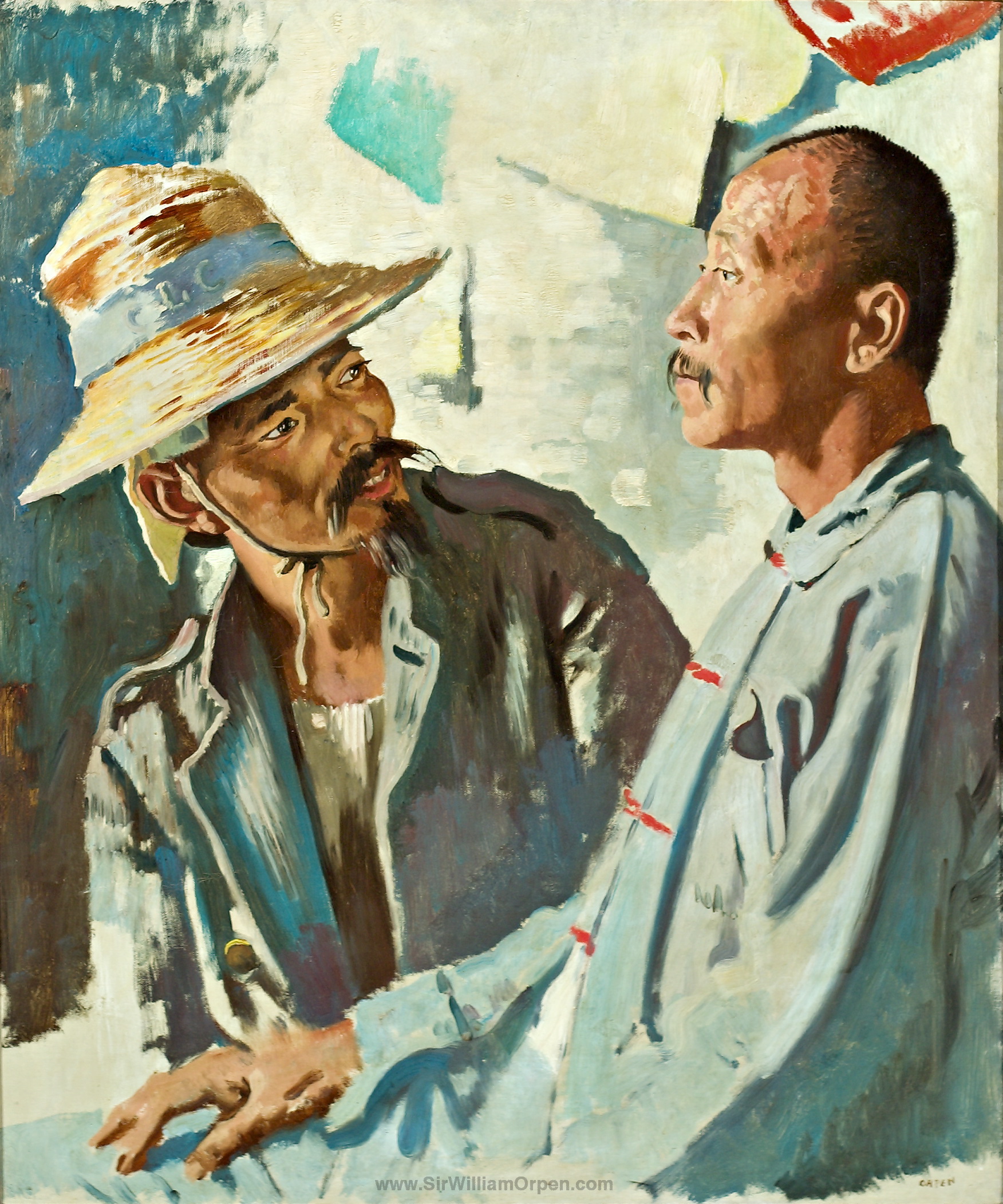 Two Chinese Workman, one on left, wearing hat with initials ‘CLC’ on band looking at man on the right who is in profile. Background appears to be exterior of a building.

The British Army Labour Corps was formed to support the war effort. Some of these men were ‘Black’ soldiers from Empire countries (Fiji, Seychelles, Mauritius, Bermuda, British West Indies and the Cape Coloured Labour Battalion) who were used as labourers rather than fighting soldiers.

The majority of foreign labourers were civilians from Egypt (100,000), China (100,000), South Africa (20,000) and India (21,000) who were recruited in their own countries and transported to France for a fixed term. This ranged from 9 month contracts for the Egyptians to 3 year’s for the South Africans.

Most of the Chinese workers were came from Shan Tung and some from Hunan and the British territory of Wethaiwei.

The ‘Irishmen Wanted’ poster below indicates the pay etc. 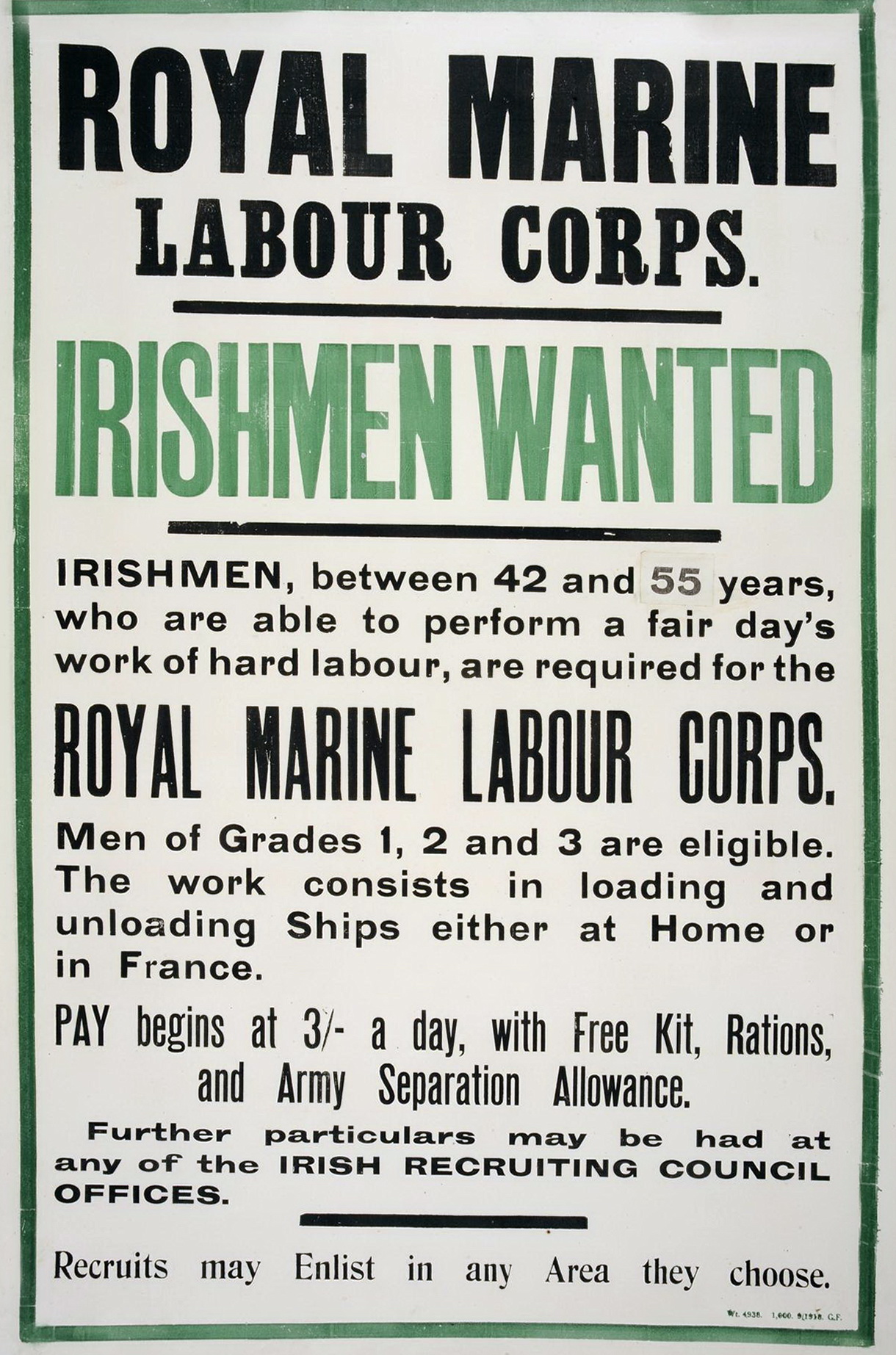 The civilian labourers contracts meant that they were not to be used within 10 miles of the Front Lines. So the majority of them were used either at the ports unloading ships, in forests and quarries or loading/unloading stores on the railways. Digging battle trenches, burying the dead, laying electrical and telephone cables. Building railways and washing clothes. They were contracted to work 7 days a week, 10 hours a day for as little as 1 French Franc a day. 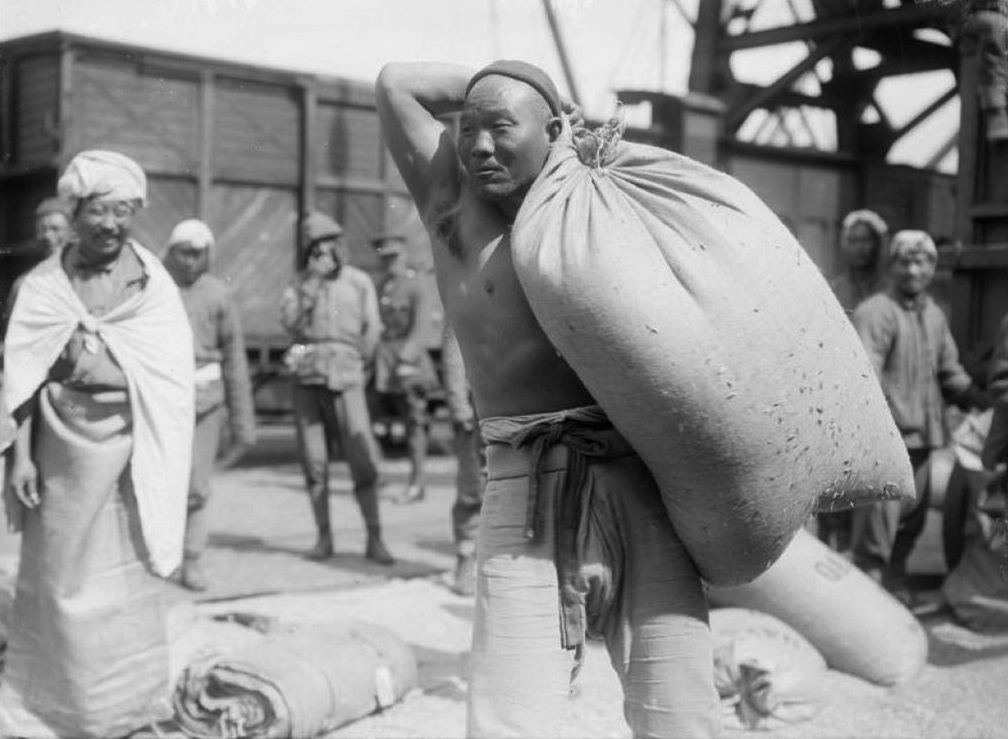 About 2000 Chinese were to die whilst serving in the WW1 Chinese Labour Corps (including 279 who died at sea on their way home). Some were killed by bombing raids disease or by mines as they cleaned up battlefields. Some were executed by the British for mutiny.

Quote from a British Officer “Very clannish, too, are the Chinks. Damn sight worse than a Trade Union to deal with”.

Quote from Illustrated War News “From the moment they joined the British labour service, away there in their native Manchuria, these men came under better conditions of healthy life than they ever knew before, and the war which has brought death to so many Occidentals, will have brought new lease of life to not a few of these Orientals. Their food ration, as I saw it at the camp, would have made many an English housewife envious”.

Needless to say, the English housewives were not shot for complaining! 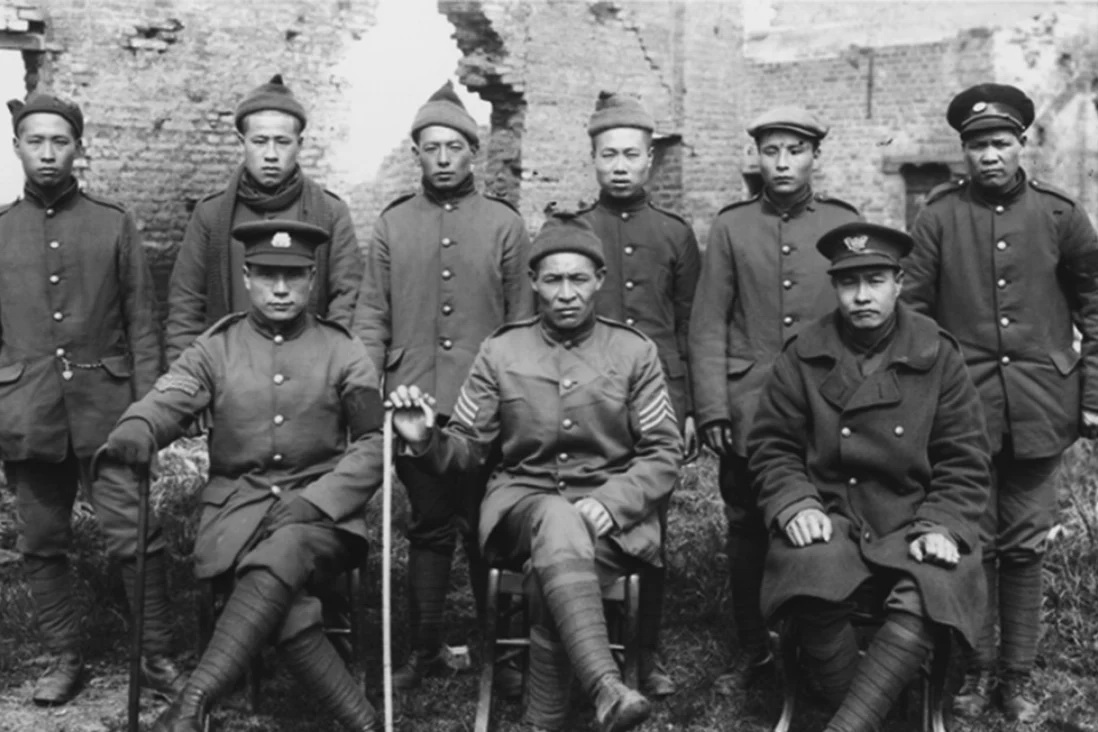 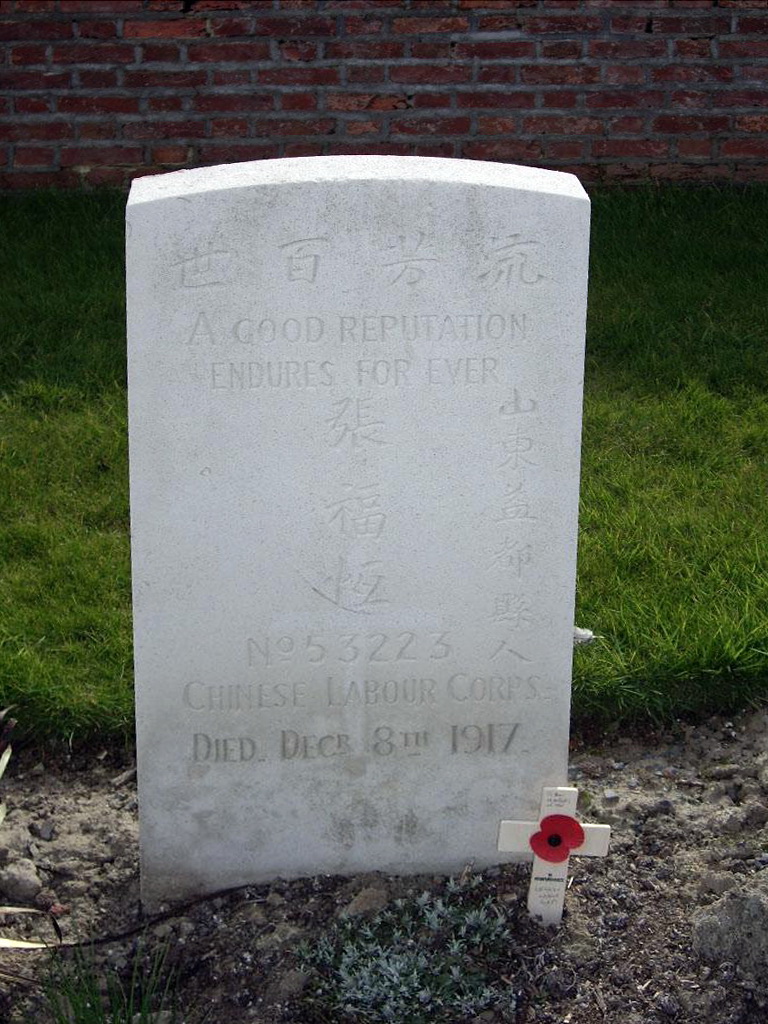 ‘A good reputation endures for ever’ Chinese Labour Corps, France. 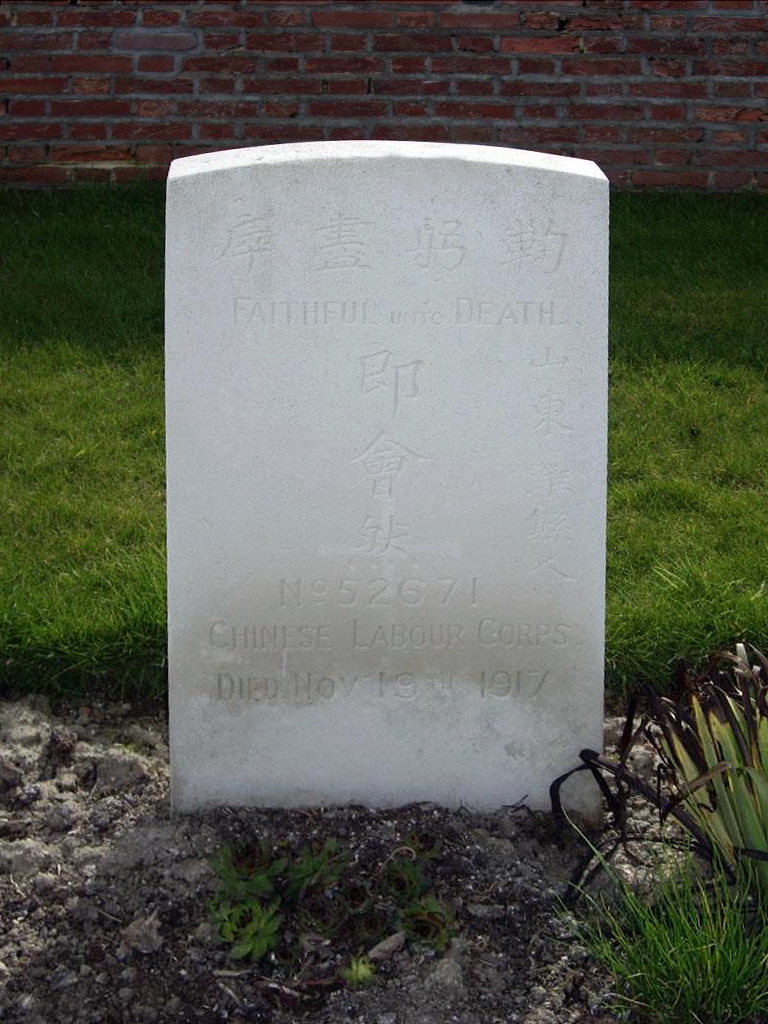 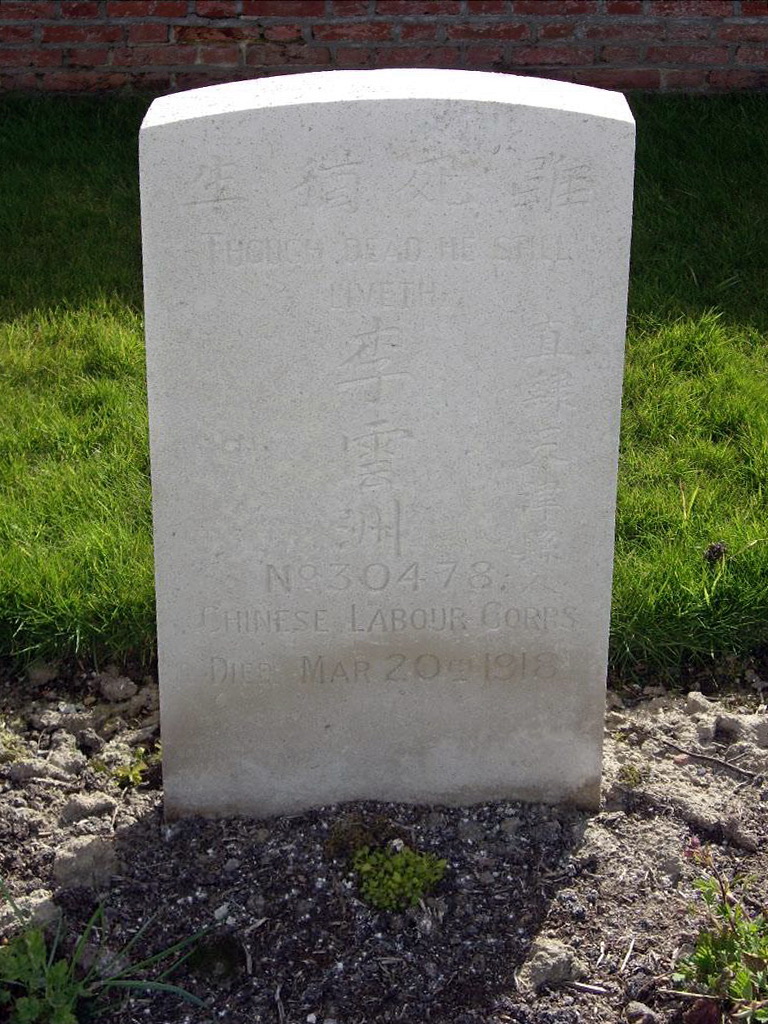 The identification as the Chinese workers as belonging to the Chinese Labour Corps (the initials ‘CLC’ on one of the hats), and the title used in the 1936, means that the earliest date for the work is April 1917, and is unlikely to be later than 1920. This is when the Chinese Labour Corps operated in France. The 1916 date must be too early. It can be considered a ‘War’ work, but strangely is not part of the Imperial War Museum Collection. Orpen may not have painted it until after he left the pay of the army, c.1919-20.