Anna Pavlova – “If I can’t dance then I’d rather be dead”. Painting by William Orpen.

William Orpen writes on headed notepaper from The Dublin Metropolitan School of Art: –

“Old Buck – don’t talk about anything, Anna Pavlova is here and she is full of business (and Kümmel)*. I did get the cheque, ease the mind – and I’ll hand over the picture when I get back. Thanks for the letter. York was not to sit till the 20th Feb. some mistake somewhere.  ANNA IS DARK”.

*Kümmel is a liqueur flavored with caraway seed, cumin, and fennel and yes, Pavlova the Dessert was named after Anna. 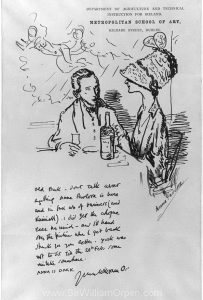 This letter is a little confusing – I don’t know who ‘Old Buck’ is and I’m not aware that Orpen ever painted anyone by the name of ‘York’ so I’m guessing he may be referring to Dr. Tempest Anderson (see below) from the city of York whom he painted in 1912, the same year he wrote this letter. Perhaps he was being discreet with his client’s name!

The letter was written while Orpen met Anna Pavlova during her visit to Dublin in Jan 1912. He was visiting his sick mother and Pavlova was performing in Dublin. They got on famously in spite of the fact that she couldn’t speak English. Dining regularly at Jammet’s restaurant.

Orpen made a bit of a scene when he heard W. B. Yeats criticise Pavlova’s performance, an outburst he subsequently regretted. 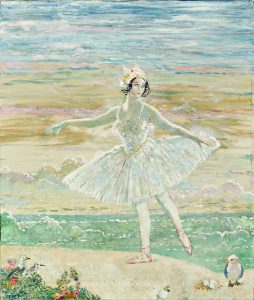 Anna Pavlova was born 12th Feb 1881 in St. Petersburg, Russia. A famous ballerina who toured Europe, America, South America, China, New Zealand, and Australia.  The Dying Swan was her signature role (see video link below). She died in The Hague at the age of 50 on 23rd Jan 1931 having caught pleurisy while stranded for 12 hours on a freezing platform after her train was involved in a crash. She refused to have an operation to save her as this would mean she could never dance again – “If I can’t dance then I’d rather be dead”. 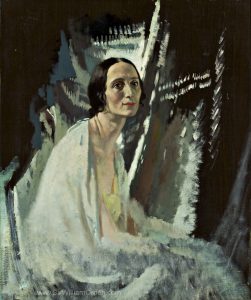 Her ashes are interred at Golders Green Cemetery, London along with many other famous names such as Enid Blyton, Marc Bolan, Sigmund Freud, Keith Moon, Peter Sellers, and Bram Stoker. There have been a few failed attempts to bring her ashes back to Russia. 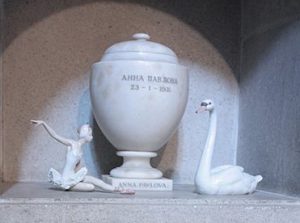 In another illustrated letter to his wife Grace – William Orpen writes: – 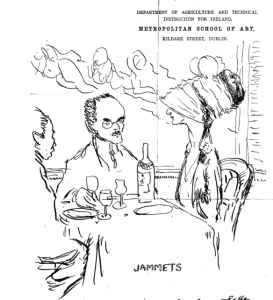 Yes, your letter was right – I asked Stier* to lunch today – and he brought Anna as a surprise packet for me – the excitement in Jammet’s was intense – my conversation did not get further than oui oui non.

However, the honour and glory were mine – I think the Jo Hones are back in London long ago it is quite fixed about his taking the house –

What do you mean by writing that you have no key? – have you lost one again – Mother is, I am glad to say much better she was quite bad yesterday morning – Miss Morrisey is I fear quite hopeless in the early morning light – I’ll give up in a few days unless I strike some lighting or view that is better than what I have seen so far. Much love to you all.

*Serbian-born Theodore Stier (1873-1927) was Anna Pavlova’s Musical Director for sixteen years (1910-1926), during which he traveled 800,000 miles, conducted 3650 performances in which Pavlova took part, and presided over 2000 rehearsals. He was a friend of Orpen’s, the latter happened to be in Dublin when Pavlova was visiting in January 1912. As Victor Dandré, Pavlova’s husband and manager was away, it fell upon Stier to take the prima ballerina to lunch each day. Consequently, Orpen’s invitation to Stier to lunch, provided Stier, with the collusion of Pavlova, the opportunity to play a practical joke on Orpen. Pavlova joined them for lunch and it was sometime later that she removed the veil from her face, Orpen looked at her for a few moments and then burst out laughing, as did Pavlova and Stier.

How and when the two men met and became friends is not clear. Stier came to the United Kingdom in about 1891 and was based in Manchester and Glasgow for a short while before settling in London. 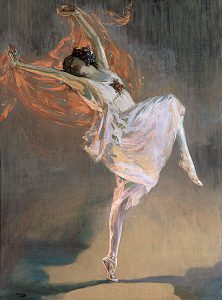 Link to an old film of Anna Pavlova performing the Dying Swan. https://vimeo.com/11310374 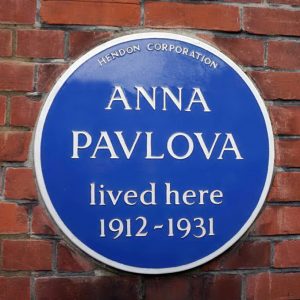 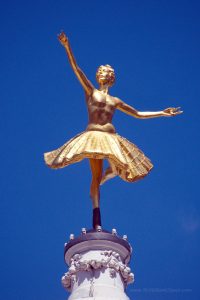 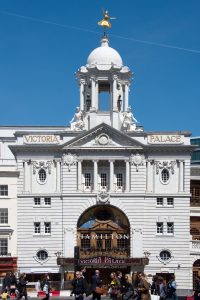 A statue of the ballerina Anna Pavlova sits on top of the Victoria Palace Theatre (opposite Victoria Station) in London. 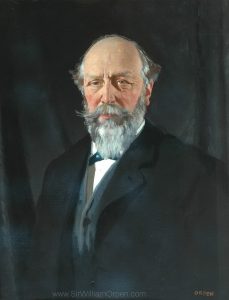 This painting hangs in Tempest Anderson Hall Yorkshire Museum which also holds some 5000 of Anderson’s mountaineering and volcano photographs and other artifacts from his worldwide travels as an amateur explorer and photographer. He invented the panoramic camera with a revolving lens (later produced commercially by Kodak) and he was the first person in the city to have a telephone.

He died aged 67 on a ship on the Red Sea and is buried in Suez, Egypt.

Some interesting websites worth a visit: –